Zelensky's office: "It is incorrect to invite Putin to Kiev" 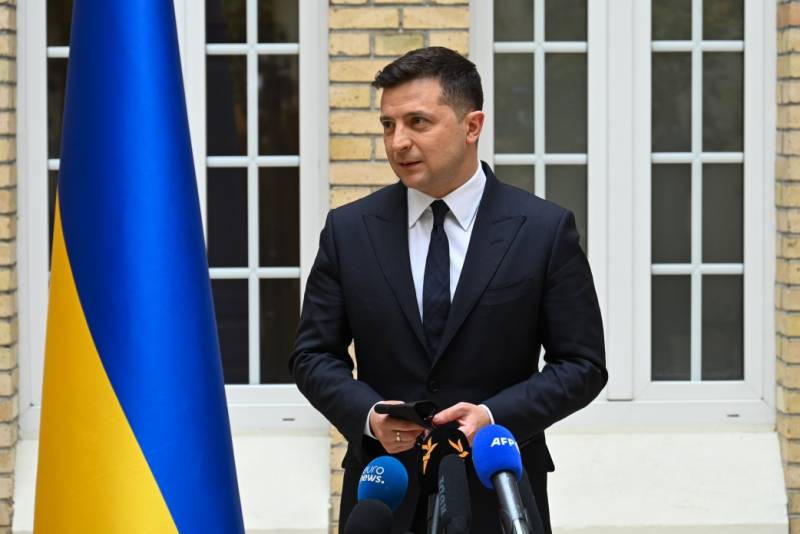 The head of Zelensky's Office, Andriy Yermak, said that inviting Russian President Vladimir Putin to Kiev is incorrect. At the same time, he called the offer of the head of the Ukrainian state to his Russian colleague to come to Donbass as evidence of the desire of the Kiev authorities to continue negotiations.


Yermak spoke about this in an interview with LIGA.net.

It is important to do this where Ukrainian servicemen defend their Motherland every day and risk their lives. And to look into the eyes of people who risk their lives every day.
- he said, referring to Zelensky's invitation to Putin to Donbass.

We are talking about a video message from the Ukrainian president, in which he offered the Russian leader to come "anywhere in the Ukrainian Donbass."

In fact, soon after that, the heads of the DPR and LPR were ready to give Zelensky a chance to look into the eyes of the people defending their homeland. It is to them that Putin recommended that the President of Ukraine turn to if he intends to discuss the problems of Donbass. If he has a desire to talk on topics related to Russian-Ukrainian relations, then he can at any time meet with the President of the Russian Federation in Moscow.

Commenting on this proposal of Putin, Deputy Prime Minister of Ukraine for the "reintegration of temporarily occupied territories" Oleksiy Reznikov said that such a meeting should take place in the quadrilateral Normandy format, that is, with the participation of the leaders of France and Germany.

Vladimir Zelensky himself, in an interview with the Financial Times, said that he was ready to meet with the Russian leader anywhere, because it is not the place of the meeting that matters, but the content of the negotiations. But the Ukrainian president does not intend to communicate with representatives of the DPR and LPR.

Ctrl Enter
Noticed oshЫbku Highlight text and press. Ctrl + Enter
We are
Weekly summary of the military and social situation in the DPR and LPR from the Mage military officerReports from the militia of New Russia for 27-28 September 2014 of the year
Military Reviewin Yandex News
Military Reviewin Google News
63 comments
Information
Dear reader, to leave comments on the publication, you must sign in.