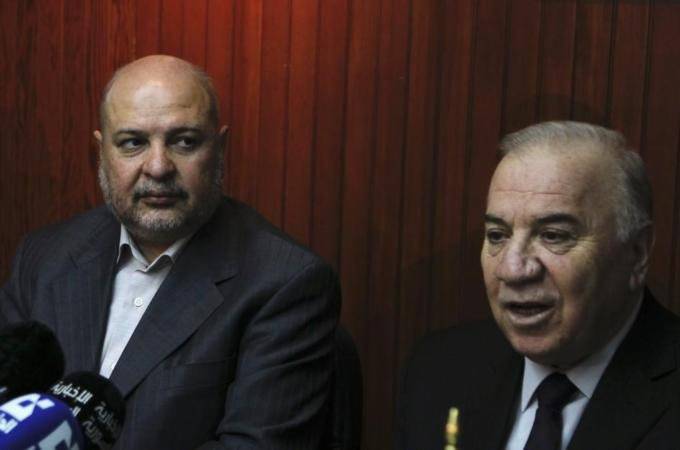 
Deep under the "Damascus Volcano" and the "Battle for Aleppo", the tectonic plates of the global energy chessboard continue to roar. In addition to the tragedy and grief of the civil war, Syria is also a demonstration of the power of the Pipeline.

More than a year ago, an agreement was signed between Iran, Iraq and Syria for 10 billion dollars to build a gas pipeline from the giant Iranian South Pars field by the 2016 year. The pipeline should cross Iraq and Syria and get a possible follow-up to Lebanon. Key export market: Europe.

Over the past 12 months, when Syria was plunged into a civil war, there was no talk about the pipeline. Until now. The greatest paranoia of the European Union is becoming a hostage of Russia's Gazprom. The Iran-Iraq-Syria gas pipeline will become central to the diversification of energy supplies to Europe and bypassing Russia.

But the situation is complicated. Turkey is the second largest customer of Gazprom. The entire configuration of Turkey’s energy security depends on gas from Russia - and Iran. Turkey dreams of becoming a new China, giving Anatolia the configuration of a crucial strategic intersection of Pipeline to export Russian, Caspian-Central Asian, Iraqi and Iranian oil and gas to Europe.

Try to ignore Ankara in this game and you will have problems. Literally until yesterday, Ankara advised Damascus to carry out reforms — and quickly. Turkey did not want chaos in Syria. Now Turkey is pumping chaos in Syria. Let's look at one of the main possible reasons for this.

"I went to the crossroads"

Syria is not a major oil producer; its oil reserves are being depleted. And yet, before the start of the civil war, Damascus received hardly insignificant 4 billion dollars a year from the sale of oil - this is a third of the budget of the Syrian government.

Syria is much more important as an energy intersection like Turkey - but on a smaller scale. The main thing is that Syria needs Turkey to implement its energy strategy.

Syria’s pipeline game includes the Arab Gas Pipeline (AGP) from Egypt to Tripoli (Lebanon) and the IPC gas pipeline from Kirkuk in Iraq to Banyas - not operational since the American invasion of 2003.

The “politics of the four seas” occupies the main place in Syria’s energy strategy - an idea presented by Bashar al-Assad at the beginning of 2011, two months before the uprising. It’s like a mini-Turkish demonstration of power - an energy network connecting the Mediterranean, the Caspian and the Black Sea and the Persian Gulf.

Damascus and Ankara soon got down to business - integrating their gas distribution systems and connecting them to the Arab Gas Pipeline and, importantly, planning to continue the Arab Gas Pipeline from Aleppo to Kilis in Turkey; it can then be connected to the unfading Opera Pipeline - Nabucco, assuming that all is not lost for him (and this is far from reality).

Damascus was also preparing to surpass the gas pipeline from Iraq; at the end of 2010, he signed a protocol of intent with Baghdad on the construction of one gas pipeline and two oil pipelines. Again, the target market is Europe.

And then the real end of the world began. But even when the uprising had already begun, an agreement was signed on 10 billion dollars about the Iranian-Iraqi-Syrian pipeline. If it is implemented, it will be transported by at least 30% more gas than it is due to Nabucco.

But there is a snag. What is sometimes called the Islamic gas pipeline will bypass Turkey.
It is still unclear whether this complex gambit with pipeline to match the definition of casus belli for Turkey and NATO to drive Assad on the full program; but it is worth remembering that the strategy of Washington in southwest Asia since the Clinton administration was to circumvent, isolate and harm Iran with all the necessary means.

Damascus followed a very complex two-pronged strategy — connecting with Turkey (and Iraqi Kurdistan) and at the same time bypassing Turkey and uniting with Iran.

Due to the fact that Syria is bogged down in a civil war, not a single global investor will even think about playing Pipeline. Yet in the scenario after Assad, all options are possible. Everything will rest against future relations between Damascus and Ankara, and Damascus and Baghdad.

Oil and gas must come from Iraq anyway (plus more gas from Iran); but the final destination of the Pipeline in Syria could be Turkey, Lebanon, or even Syria itself - directly exporting to Europe from the eastern Mediterranean.

Ankara obviously puts on the government after Assad under the leadership of the Sunnis, which will be similar to the “Justice and Development Party” (AKP, the ruling party of Turkey - approx. Perevodika.ru). Turkey has already stopped joint oil exploration with Syria and is going to end all trade relations.

Syrian-Iraqi relations include two separate points, between which, it seems, there is an abyss - relations with Baghdad and with Iraqi Kurdistan.

Imagine the Syrian government, consisting of the Syrian National Council and the Free Syrian Army; it would undoubtedly be hostile to Baghdad, mostly due to religious differences; In addition, the al-Maliki government of the Shiite majority is in good strategic relations with Tehran and, more recently, also with Assad.

The Alawite Mountains dominate the routes of the Syrian Pipeline in the direction of the Eastern Mediterranean ports of Banias, Lattakia and Tartus. There is also a lot of gas to be found - after the recent "exploits" between Cyprus and Israel. Based on the fact that the Assad regime will be overthrown, but will make a hasty strategic retreat into the mountains, the possibilities for partisan sabotage of pipelines increase many times over.
At this stage, no one knows how Damascus after Assad will reformat its relations with Ankara, Baghdad and Iraqi Kurdistan - not to mention Tehran. But Syria will continue to play Trebrovodstkana game.

Most of Syrian oil reserves are located in the Kurdish northeast, in a region that is geographically between Iraq and Turkey; the remaining reserves are in the south, along the river. Euphrates

Syrian Kurds make up 9% of the country's population - about 1,6 million people. Although they are not a significant minority, the Syrian Kurds are already pondering that no matter what happens in the situation after Assad, they will have a very good position in the pipeline, offering a direct route for exporting oil from Iraqi Kurdistan - bypassing and Baghdad, and Ankara.

It seems that the whole region plays a bypass lotto. As far as the Islamic Gas Pipeline can be understood as a bypass of Turkey, so a direct agreement between Ankara and Iraqi Kurdistan regarding two strategic oil and gas pipelines from Kirkuk to Ceyhan can be considered as a bypass of Baghdad.

Baghdad will, of course, resist this - emphasizing that these pipelines are not legally binding if the central government does not receive its significant recoil; after all, it pays 95% of Iraqi Kurdistan's budget.

The Kurds in Syria and Iraq are playing a smart game. In Syria, they do not trust Asad or the opposition SNA. The Democratic Union Party - related to the PKK - rejects the SNA as a puppet from Turkey. And the secular Kurdish National Council (KNS) is afraid of the Syrian "Muslim Brotherhood."

So the absolute majority of Syrian Kurds are neutral; no support for Turkish (or Saudi) puppets, all power in favor of the pan-Kurdish idea. The leader of the Democratic Union Party, Salih Muslim Mohamed, summarized it all like this: "The important thing is that we, the Kurds, are upholding our existence."

This means actually more autonomy. And this is exactly what they got from the agreement signed on July 11 in Irbil with the assistance of Iraqi Kurdistan President Massoud Barzani; and the joint management of the Syrian Kurdistan Democratic Union Party and the KNU. This was a direct consequence of the cunning strategic retreat of the Assad regime.

Not surprisingly, Ankara panicked - she sees that not only the PKK found refuge in Syria, taken by their cousins ​​from the Democratic Union party, but also that two de facto Kurdish mini-states appeared, sending a powerful signal to the Kurds of Anatolia.
Ankara could limit its nightmare by secretly helping Syrian Kurds economically - starting with helping and ending with infrastructure investments - through its good relations with Iraqi Kurdistan.

In Ankara’s worldview, nothing can stop her dream of becoming the main energy bridge between East and West. This means extremely complex relations with at least nine countries: Russia, Azerbaijan, Georgia, Armenia, Iran, Iraq, Syria, Lebanon and Egypt.

As for the broader Arab world, even before the "Arab Spring" there were serious discussions about the Arab Pipeline, which would connect Cairo, Amman, Damascus, Beirut and Baghdad. This would contribute to the unification and development of the new Middle East more than any "peace process", "regime change" or a peaceful or armed uprising.

The dream of Greater Kurdistan has now returned to this fragile formula. And the Kurds have, perhaps, reasons for joy: Washington, apparently, silently supports them - this is a very quiet strategic alliance.

Of course, Washington’s motives are not completely disinterested. Iraqi Kurdistan under the leadership of Barzani is a very valuable tool for the United States in order to maintain its military presence in Iraq. The Pentagon will never admit it officially - but there are already promising plans for a new US military base in Iraqi Kurdistan or a transfer of the NATO base from Incirlik to Iraqi Kurdistan.

This must be one of the most exciting side stories of the Arab Spring; Kurds are great for playing Washington across the arc from the Caucasus to the Persian Gulf.

Many top managers of "Chevron" and "BP" probably salivate on the opening possibilities of Pipeline triangulations between Iraq, Syria and Turkey. In the meantime, many Kurds are probably happy about Pipeline, which opens the way to Greater Kurdistan.