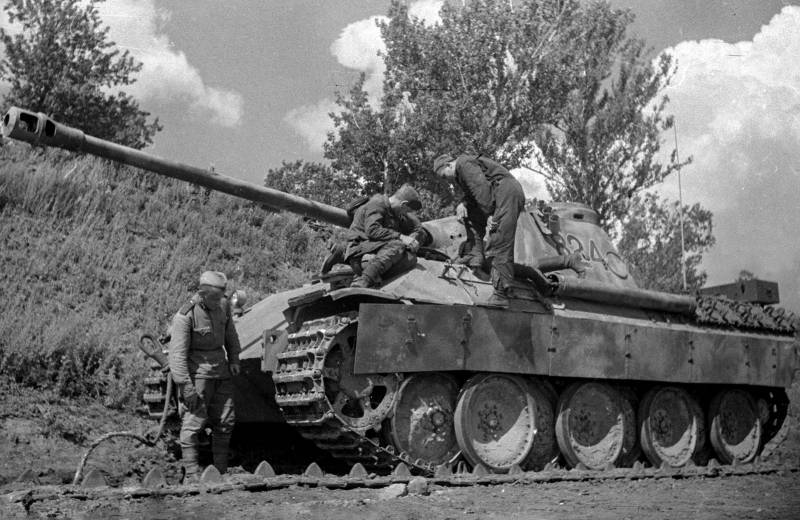 In July 1943, Hitler's Germany for the first time sent into battle the latest medium Tanks Pz.Kpfw.V Panther. From the point of view of general characteristics, such machines were better than their predecessors, however, as it became clear later, the production volumes were insufficient to fully unleash the available potential. Until the end of the war, they managed to build less than 6 thousand tanks, and they could not turn the tide of the war.

The promising Panther was initially considered as a replacement for the older medium tanks Pz.Kpfw.III and Pz.Kpfw.IV. It had to be distinguished by higher tactical and technical characteristics and greater manufacturability, capable of simplifying production in wartime conditions. According to the plans, the monthly production of new tanks should have been increased to 600 units.

The Pz.Kpfw.V project was developed by the end of 1942, and serial production started at the beginning of 1943. In the first months, the production of equipment did not exceed several dozen, and since May, it was possible to cross the line of 100-130 units. In autumn and winter, records were set in the form of 257 and 267 tanks per month. A total of 1750 tanks had been built by the end of the first year. 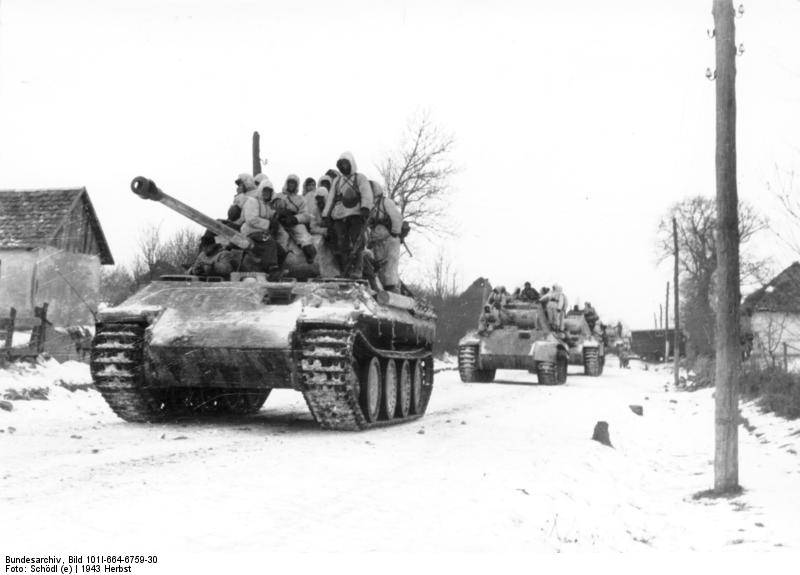 Tanks Pz.Kpfw.V on the march. Photo of the Bundesarchive of the Federal Republic of Germany
In the first months of 1944, it was possible to maintain and gradually increase the obtained rates. In April, production reached 310 tanks per month, and then grew again. The absolute record was set in July - 379 tanks. After that, the rate of production began to decline. In total, a little less than 1944 armored vehicles were built in 3800. Then the tendency to reduce production continued, and in January-April 1945 the army transferred only 452 Panthers.

The total production of the Pz.Kpfw.V in three modifications was 5995 units. In addition, 427 Jagdpanther self-propelled guns and 339 Bergepanther recovery vehicles were built on the same chassis. Thus, the total number of serial armored vehicles of the family did not exceed 6,8 thousand units.

The first serial production of new tanks was mastered by the development company, MAN. In 1943, production documentation was transferred to other leading enterprises - Daimler-Benz, Henschel, etc. More than 130 small and medium-sized organizations participated in the production program as suppliers of individual parts and assemblies. 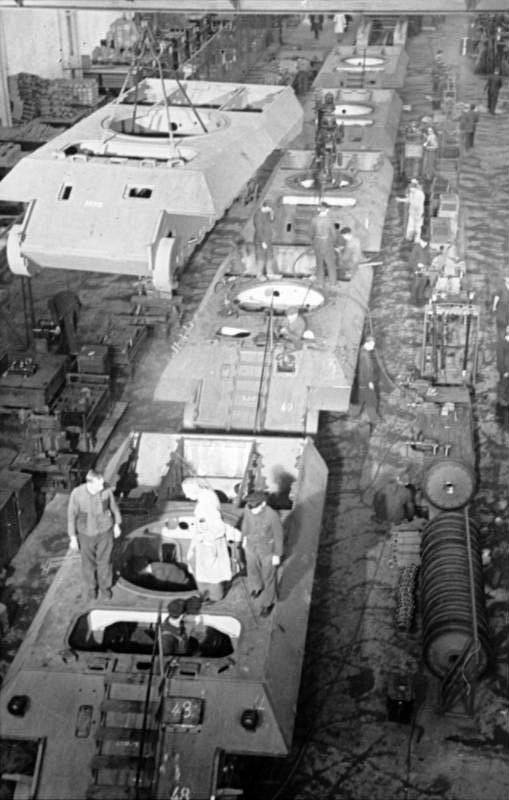 Production Line. Photo of the Bundesarchive of the Federal Republic of Germany
The development and launch of the series took place against the backdrop of the Allied bombing raids. In this regard, a rather complex system of industrial cooperation was developed, which distributed the output of units between different organizations and duplicated some production. Some of the program participants have already owned or built protected underground production sites.

The Panther tank was created as a promising replacement for the existing Pya.Kpfw.III and Pz.Kpfw.IV. According to calculations, the monthly production of 600 vehicles of this type made it possible to decommission the equipment of two old models within a reasonable time - and significantly increase the combat effectiveness of tank forces. 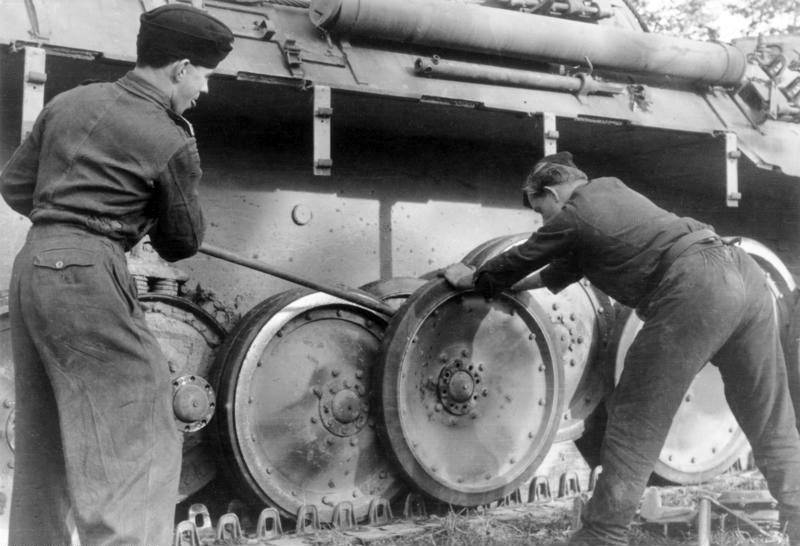 One of the disadvantages of the Panther is the overly complex chassis. Photo of the Bundesarchive of the Federal Republic of Germany
However, such plans turned out to be overly daring. For more than two years, the production program has not been able to come close to the established values. Most of the time, the monthly release of equipment remained below half of the required 600 pieces. Only within 7 months it was possible to overcome the border of 300 units.

With the advent of the new "Panthers", the German industry was able to abandon the production of outdated medium tanks Pz.Kpfw.III. However, insufficient production rates did not allow to stop the production of Pz.Kpfw.IV. The assembly of such tanks continued until the end of the war, and in 1943-45. more than 6,5 thousand cars were manufactured.

Thus, in the final stages of the war, the German army had to simultaneously use two medium tanks, which had serious differences in all basic characteristics and capabilities. This de-standardization was aggravated by the presence of several modifications of equipment with their own characteristics. 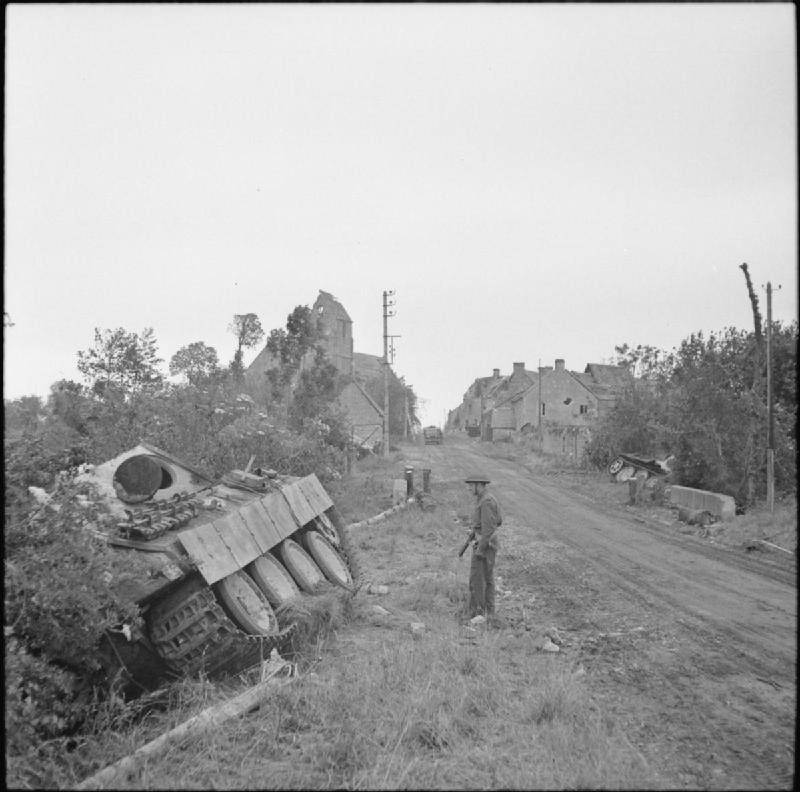 Throughout its short stories the production of "Panthers" was constantly faced with various problems, as a result of which it could not reach the planned indicators and did not provide the desired rearmament of the army. In general, it all boiled down to several characteristic factors. Each of them introduced new difficulties, and together they led to certain results.

The technological part of the Pz.Kpfw.V project was worked out taking into account production at existing enterprises with minimal changes in assembly lines. As a result, the post construction method was retained, while the introduction of the conveyor was abandoned due to the complexity and possible downtime. This approach to construction, combined with the complexity and laboriousness of the tank, sharply limited even the theoretically possible rate of production.

The Panther tank as a whole and its individual units were quite complex. This was due to a curious concept underlying several projects. Due to limited resources, Germany could not compete with the enemy in terms of the number of armored vehicles, and a course was taken to increase quality indicators. At the same time, the increase in technical and combat characteristics led to the complication and rise in the cost of production. 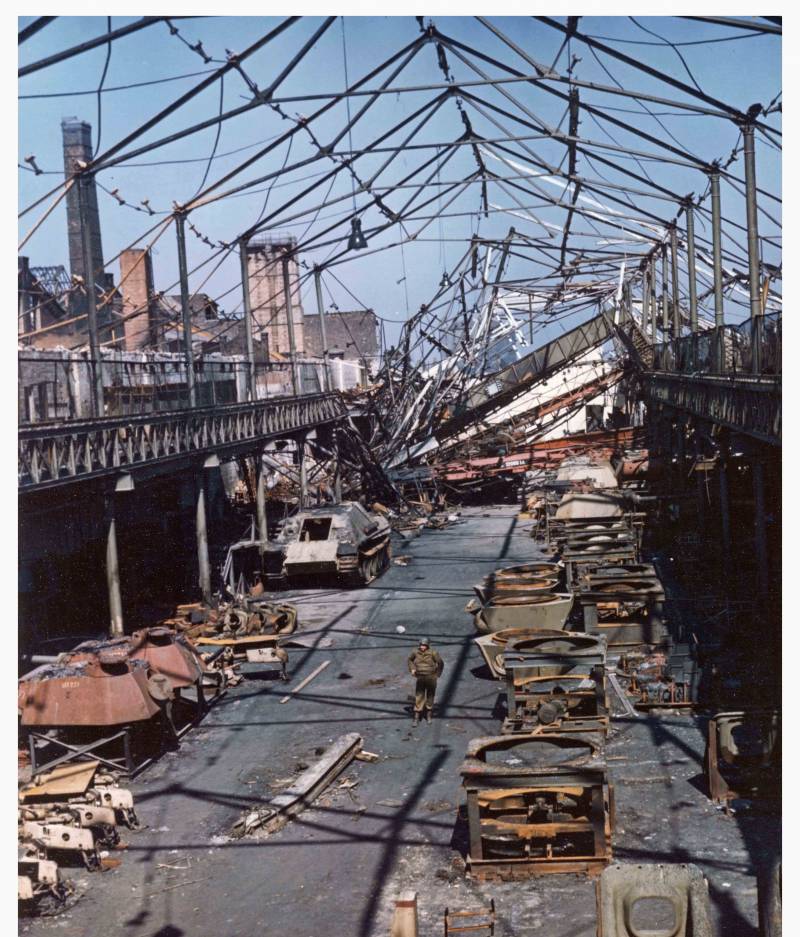 MNH workshop after the bombing. The equipment for assembling the Panther and the incomplete body of the Jagdpanther self-propelled guns remained in their places. Photo Waralbum.ru
Another negative factor was the reduction in the number of skilled workers in production. Specialists were sent to the front, and their place was taken by workers with low qualifications. Slave labor was also widely used - also not the best solution for high-tech tank production.

The allied bombing had a significant impact on the production of Pz.Kpfw.V and other military products. British and American aviation regularly put out of action certain enterprises, including those employed in the production of "Panthers". Germany was rebuilding damaged facilities, but it took resources and time, which reduced the possible yield. A serious problem in 1944-45. there was a loss of access to various resources, incl. alloying additives for the manufacture of armor.

In general, the German Pz.Kpfw.V Panther medium tank was quite expensive and complex. In addition, its production faced various risks that did not allow it to reach the planned pace and carry out rearmament. The operation of equipment in the troops also faced problems directly related to difficulties in production. 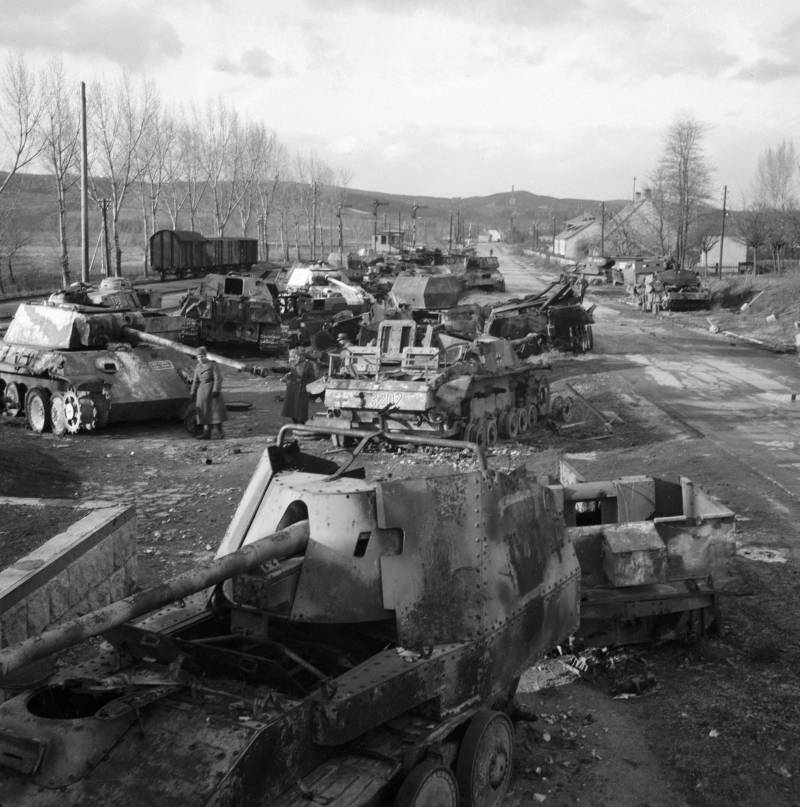 Assembly point with damaged German armored vehicles - there are "Panthers" and other equipment. Hungary, 1945 Photo Waralbum.ru
Nevertheless, the resulting medium tank was distinguished by rather high tactical and technical characteristics and combat qualities. At the time of its appearance, "Panther" could successfully hit any serial enemy tanks at ranges of more than 1-1,5 km, without being exposed to the risk of penetration by return fire. Subsequently, the ratio of characteristics changed, both due to the appearance of improved foreign tanks and due to the weakening of German armor, but the Pz.Kpfw.V still remained a rather dangerous enemy.

Thus, from the design point of view, the Panther was a successful tank with good combat capabilities. However, to use its full potential, it was required to establish a truly mass production and ensure the proper reliability. It was not possible to solve both of these tasks. However, there is nothing wrong with that. With their failures and problems, the Pz.Kpfw.V tanks made a certain contribution to the future defeat of Germany.