Tragedies of children in the war: Donbass opens new pages 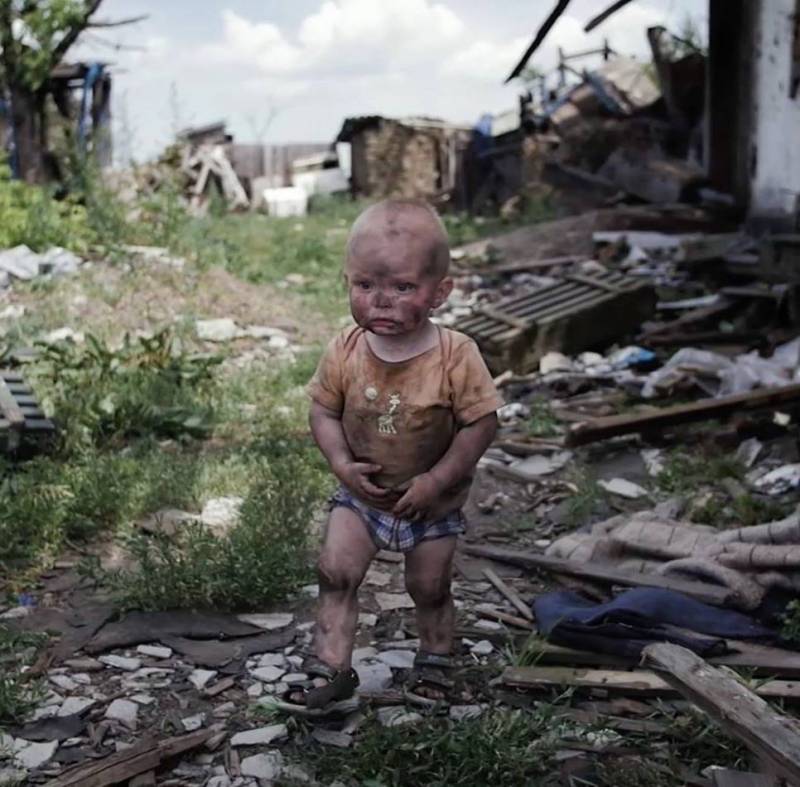 Any armed conflict is merciless to children. Bullets, shells, rockets and bombs are absolutely indifferent to who they kill - old people, women or children. Together with civilian men for this category of victims in military science, even such a term was coined by "non-combatants". Obviously, not to hurt the eyes.

They say that in order to turn into a pacifist, it is enough to visit a field hospital in the midst of a battle. Or look a crippled veteran in the eye. We can add the third - the most unbearable - to see firsthand the deaths of children in the war. History Donbass is unique in this sense. Here, almost the entire territory is a place of battle that is mortally dangerous for a child. According to UN estimates, the Donbass republics now occupy the fifth place in the world in terms of the abundance of unexploded ordnance and mines. There is a special childhood in this region - a child by the age of three or four already understands what ammunition is and is wary of it. But this is if the parents are conscious and are aware of where they live. Often, educational programs are organized for young residents of Donbass to demonstrate a wide arsenal used by the Armed Forces of Ukraine against its own population. From the presentations it becomes scary - Donbass is generously flavored with PMN-2, TM-62, PFM-1 "Lepestok" mines, F-1, RGD-5 grenades and 82-mortar ammunition. According to experts, it will take from 10 to 15 years to completely clear the territory of the conflict from explosive objects. By the way, the legacy of the Great Patriotic War is added to the evidence of the current war in Donbass. Demining units regularly encounter 80-year-old ammunition.

Source: news.un.org
The child's consciousness is not formed, it is difficult to blame him for the careless handling of ammunition. But children die and are maimed, including through the fault of adults. There is a known case when a father asked his son to cut an unexploded mine with a grinder. Or another head of the family, for fun, threw an RPG rocket into the fire in the presence of three of his own children.

Over the past year, 70 civilians, including many children, were blown up by mines in the Donbas. Quarantine related to COVID-19 made its adjustments, otherwise there would have been more victims. In 2019, 324 mine casualties were counted in eastern Ukraine - more only in Mali and Afghanistan. In total, according to UN statistics, from 2014 to August 2019, at least 38 children died from mines and other explosive objects in Donbas. In the current 2021, the mine war clearly will not end. On April 6, in the Luhansk People's Republic (LPR) in the city of Slavyanoserbsk, two teenagers were blown up by an unknown explosive device, one of whom died. It is not known whether it was an accidental detonation or the children deliberately disassembled an explosive device. In any case, child mortality has become a terrible daily routine in Donbass.

War as a way of life

For an adult, war is an incredible overstrain of forces, which does not pass without a trace for the subsequent peaceful life. Injuries and chronic diseases born in the crucible of war do not bother a fighter until a certain time. War veterans testified that the body seemed to "endure" stress during the battle, and then turns off all internal fuses. Hence, nervous disorders, post-traumatic stress disorder and numerous somatic diseases. For several years, the children of Donbass have been permanently in the combat zone with the appropriate surroundings - fire, smoke, explosions, blood, injuries and deaths of loved ones. A typical example from the front-line village of Zaitsevo. In the family of Maxim, daughters were born after 2014, and the war for the kids has become commonplace. But one of the daughters Nastya behaved in a special way - she closed in on herself, was afraid of the military and technology, and was capricious. As a result, against the background of constant stress, the child developed diabetes mellitus. Now Nastya receives four insulin injections every day and will remain permanently disabled. In total, up to half a million children in Donbass need help - psychological and humanitarian. The ongoing aggression of Ukraine threatens the well-being of an entire generation. Can a child who lives in constant fear for his life grow out of a child who has lived throughout childhood into a full-fledged healthy person? How can a child's mental and physical health be preserved if there is often a minefield 150-200 meters from the school? But, as it turned out, this is not the limit of childhood suffering.

A slow-moving war for civilians can be more dangerous than a full-scale conflict. Today they shoot, and tomorrow it will be quiet. This can go on for months and years. The civilians seem to have to leave, but there is a glimmer of hope that this time a mine (shell, rocket) will fly by. And I don’t want to give up the modest belongings acquired over the years. Now, if the enemy tramples on our lands, then men will take it in their hands weapon, and we will take the elderly, women and children away from the front. Four-year-old Vladik Shikhov, whose death has already become an object of mockery from the Ukrainian side, has become another victim of such a "sluggish war". The child was killed by a homemade bomb dropped from a drone on the peaceful village of Aleksandrovskoye on April 2. In Ukraine, the media and exalted commentators have already called this tragedy a fake. Say, the child himself brought the equipped grenade to the garage. Could not, according to Ukrainian "specialists", drones of the Armed Forces of Ukraine fly twenty kilometers behind the front line and drop a bomb on sight. Western Ukraine commentators are silent about the fact that almost anyone can assemble such a drone from one or two Aliexpress packages. 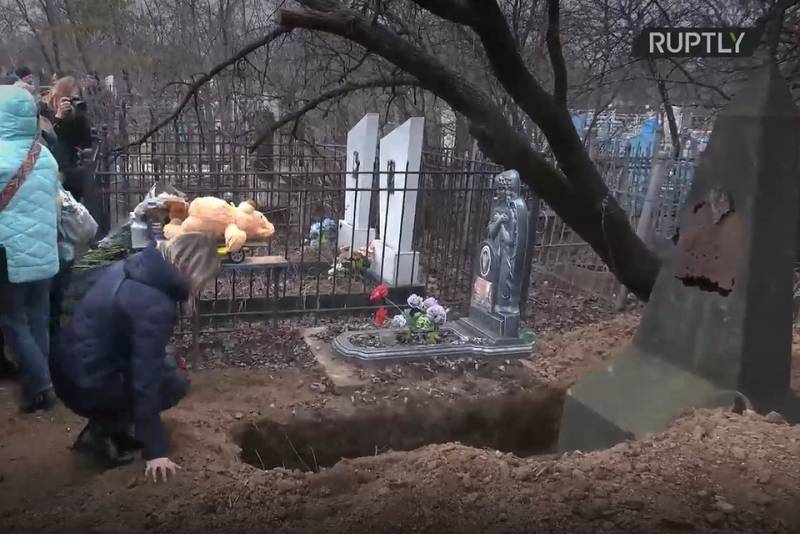 In the DPR, a boy was buried, presumably killed in an explosion of ammunition. Photo: RUPTLY
According to various estimates, more than 100 children have died in the Donbas over the seven years of the war. This is a monstrous figure that speaks of the methods of conducting hostilities by the Ukrainian side. Children are natural victims of shelling of residential areas, as well as an instrument of psychological influence on the population. When a person sees a series of toy coffins, the thought is born in his head that everything that happens around is already beyond the line of good and evil. Fear, panic, and despair are not your best companions in battle.

The war crimes of the Ukrainian army against the children of Donbass are an attempt to bleed the population of the unrecognized republics and cause a massive outflow of refugees. However, now it is becoming a symbol of the blind and helpless rage of subhumans, who raised their hand on the child on the other side of the front. And so that contemporaries do not forget about the atrocities of the Kiev aggressor, the Alley of Angels with the names of the dead children appeared in Donetsk. And if the operator of that drone above Aleksandrovskaya on April 2 manages to avoid a well-deserved punishment, then the chilling words of grandmother Vladik will be his retribution:

“Let this child come to him every night and ask where his leg is. There is still no leg. "