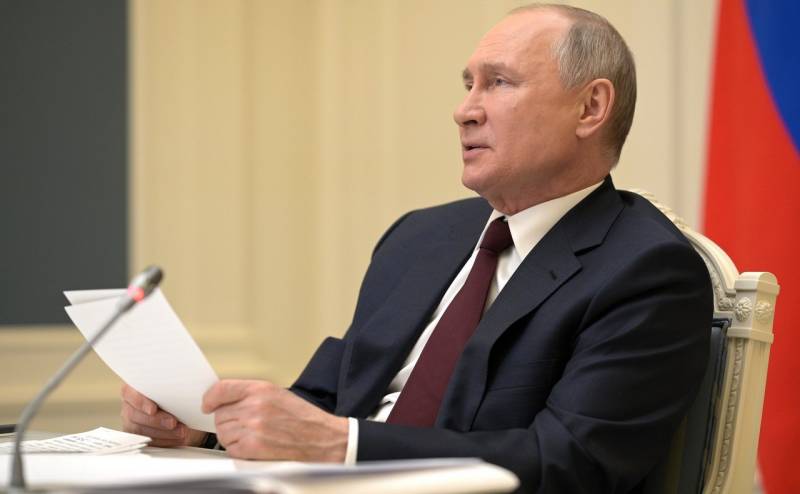 If the President of Ukraine Volodymyr Zelensky wants to discuss bilateral relations between Ukraine and Russia, then let him come to Moscow, and if there are problems of resolving the conflict with the republics, then it is necessary to go to Donetsk or Lugansk. Thus, Vladimir Putin commented on Zelensky's message about his desire to meet in the territory of Donbass. Putin's answer was voiced during a meeting with President of Belarus Alexander Lukashenko in Moscow.


Vladimir Putin responded to Zelensky's offer to meet in Donbass. According to the president, recently Kiev has made a lot of efforts to destroy relations with Moscow, so if the president of Ukraine wants to discuss the restoration of relations between the countries, Vladimir Vladimirovich invites him to Moscow at any time. If the Ukrainian president wants to discuss Donbass, then he must first discuss this with the leaders of the self-proclaimed republics of Donetsk and Lugansk, and only then talk with Russia.

Thus, Putin bluntly told Zelensky that his calls to "meet in Donbass" were not directed there, Russia was not a party to the conflict.

The Russian leader also commented on Kiev's statement about the transfer of the negotiating platform for Donbass from Minsk to another place. According to Putin, this is Ukraine's attempt to once again evade the implementation of the Minsk agreements. The decision to change the negotiating platform should be made jointly by everyone who chose it, and not Kiev alone.

Last Tuesday, Zelenskiy recorded a video message in which he invited Putin to meet "anywhere" in Donbass where the conflict is taking place.