On the financial origins of "great Georgian chauvinism" 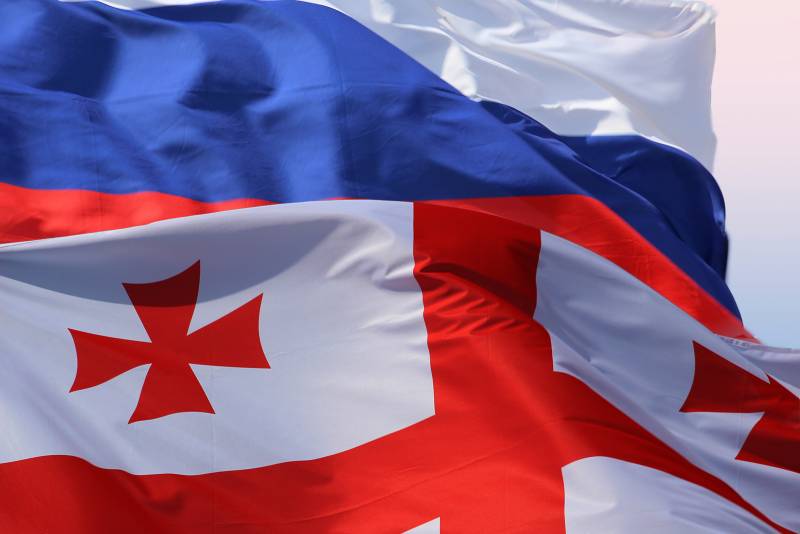 The separatist's century is short?

Despite the political "divorce", Georgia remains one of the largest financial debtors of Russia in the former Union. Already in 1991-1992, the so-called "technical" loans received by Georgia from the Russian Federation allowed the Georgian authorities to quickly purchase various Soviet weapons: not only in Russia, but also in other countries of the ex-USSR, and in Eastern Europe.

To try to literally destroy Abkhazia and South Ossetia, which de facto separated from Georgia in 1990-1991. At the same time, South Ossetia officially announced its secession from Georgia on March 17, 1991, which became a "weighty" pretext for new cleansing of South Ossetians by Georgian troops.

But the regular military actions of Georgia practically coincide in time with the powerful credit support from Moscow. To be more precise, in the first half of the 90s Georgia received from the Russian Federation twice the amount of credit received, for example, by Armenia and Azerbaijan, and by a third more than Moldova.

It is not surprising in this regard that it was in 1991-1993 that the first incursions of Georgian troops into these regions took place, which were accompanied not only by bloody repressions against the Abkhaz and Ossetians, but also by deportations. Contrary to the prevailing beliefs, the Georgian army during the invasions of Abkhazia and South Ossetia was more than 70% equipped with Soviet and Russian weapons.

It is no less remarkable that the decree of the President of the Russian Federation Dmitry Medvedev banning the supply of weapons and dual-use goods to Georgia took place only in January 2009 - that is, four months after the next war between Tbilisi and South Ossetia. But Russian troops saved the republic from destruction ...

As for the purchases of Soviet and Russian weapons, this, according to Georgian sources and the US-British "The Military Balance", continued until 2012, when a personnel reshuffle took place in Russia at the very top. We repeat, the "forbidden" decree of the Russian president was followed only in 2009.

But according to Ruslan Pukhov, director of the Center for Analysis of Strategies and Technologies, made on the Lenta.ru network resource on January 20, 2009, a reasonable

“The decision of the Russian authorities to stop the supply of dual-use products to Georgia, which took place despite the conflict between the two countries. It is no secret that Georgians received a lot from Russia through semi-official channels. For example, "KamAZ", and even other dual-use equipment. "

There are quotas, but no money

According to the Georgian Military Chronicle (Vol. 1, No 1, November 1994), Georgia joined the Tashkent Treaty (May 1992) in the summer of 1992 on the division of conventional arms quotas in Europe, which were due to the former USSR. Already in June-August 1992, Russian troops transferred from this quota a large consignment of weapons to Georgia.

From the former Akhaltsikhe motorized rifle division of the Soviet Army, Georgia received 109 tanks T-55, 164 armored vehicles, 76 artillery systems. Tbilisi and 29 SU-15 fighter-interceptors got it. By the way, already in August 1992, the offensive of the Georgian troops began in Abkhazia ...

The long-term financial and military-technical "replenishment" of Georgia from the Russian Federation was most likely due to the fact that Moscow sought to preserve its military facilities and bases in Vaziani (near Tbilisi), the ports of Batumi, Poti and near the Georgian-Turkish land border (Akhalkalaki ). 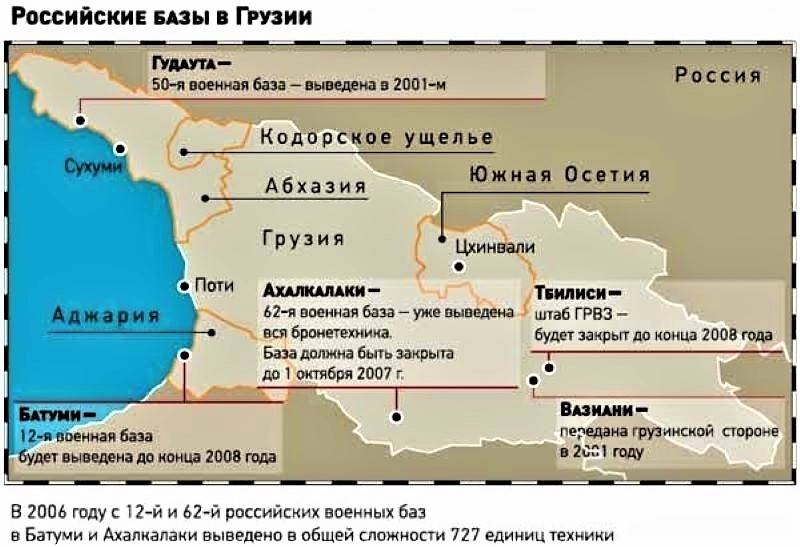 The Russian Federation also tried to prevent the military-political rapprochement between Georgia and Turkey and NATO in general. But these tasks were never solved. It was also necessary to abandon the project (2002-2004) of "spinning off" Ajaria from Georgia with a Russian base in Batumi.

... But what about Georgia's old debts to Russia?

On January 25, 2005, the finance ministers of the Russian Federation and Georgia, Alexei Kudrin and Zurab Noghaideli, signed an intergovernmental agreement in Moscow on the settlement of Georgian debt to Russia on previously granted loans and debt payments from Georgia.

In connection with the above-mentioned decisions, as well as with the adopted practice of the Paris Club, the agreement of 2005 included in this restructuring arrears and payments on previously unsettled debt. More precisely, the restructuring of debt payments covered an amount of $ 94,4 million.

The funds can be used to exchange for a share in Georgia's economic projects, primarily in environmental protection. Financial benefits for the country have been prolonged, moreover, on extremely favorable terms for it.

Genocide was not ordered?

As for Tbilisi's policy in the Georgian autonomies, it has always been consistent since the proclamation of Georgia's independence in 1918. Aiming primarily at the assimilation of the Abkhaz and Ossetians. 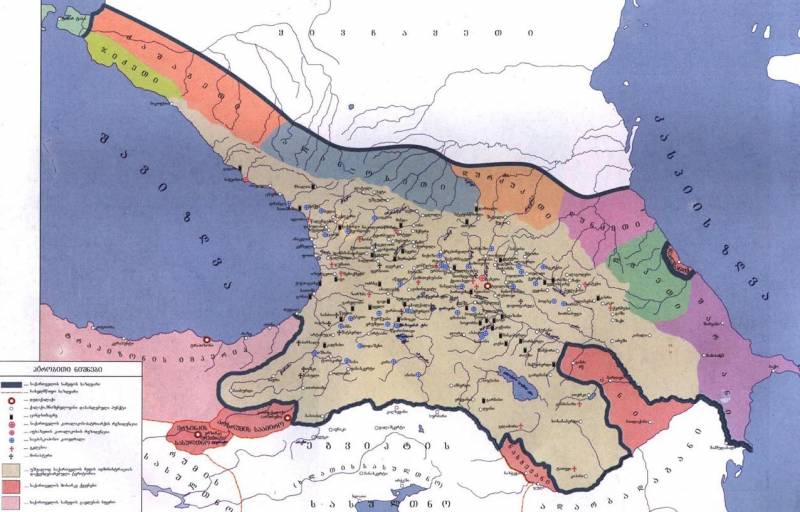 On "their" maps "Great Georgia" is "United Caucasus"
That is why the creation in the 1920s of the Abkhazian, Adjarian Autonomous Soviet Socialist Republics and the South Ossetian Autonomous Region was initiated by I.V. Stalin.

As the People's Commissar of the RSFSR for Nationalities and the General Secretary (since 1922) of the Central Committee of the All-Union Communist Party (Bolsheviks), he spoke at the XII Party Congress in 1923 for the "administrative-geographical and political restriction of" Great Georgian chauvinism. " The materials of the congress noted:

“In Georgia, more than 30% of the non-Georgian population: among them Armenians, Abkhazians, Adjarians, Ossetians, Azerbaijanis. But Georgians are at the head everywhere. Among some of the Georgian communists, the idea was born and is still developing - not really reckon with these "small" nationalities: they are, they say, less cultured, less developed.

But even in the Stalinist period, relapses of "Great Georgian" xenophobia made themselves felt, and after the death of the leader in 1953, they only grew.

In this regard, the opinion of Georgy Dzhussoev is characteristic: at the beginning of the 60s he was the head of the Ossetian capital Stalinir Regional Executive Committee (since 1962, Staliniri was renamed Tskhinvali), in 1964-1965. - headed the regional council of the South Ossetian Autonomous Okrug, and in 1965-1973 he was the first secretary of the South Ossetian regional committee of the Communist Party of Georgia.

In 1973, two days before November 7, Dzhussoev was dismissed from his post "for incompetent leadership" - it is clear why. According to his memoirs:

In addition, Tbilisi “rejected a project back in 1936 - a railway between North Ossetia and our autonomous region (Alagir-Tskhinval, 155 km: for some reason this project has not yet been implemented ... - Author's note). All who actively condemned such a policy in the autonomies were evicted to Georgia or even arrested. That is, the pre-Soviet line continued with respect to the Ossetians and Abkhazians ”. 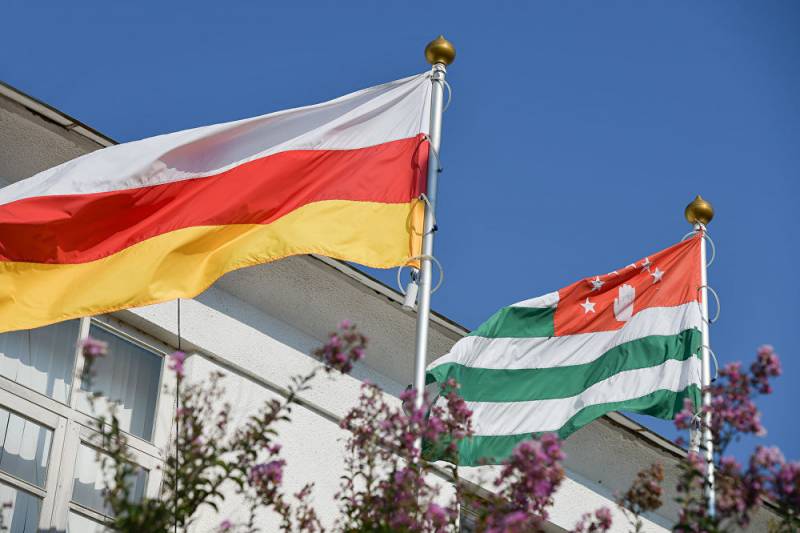 With the collapse of the USSR, this policy grew into wars of extermination of the Abkhaz and Ossetians. But the dedication of these peoples in the struggle for sovereignty with the support of Russia led to the creation of the national statehood of Abkhazia and South Ossetia.

A less harsh policy is being pursued in relation to the Adjarians in Georgia.

Firstly, because most of them are Muslims - this is still of great importance in the context of Georgia's relations with Muslim countries, especially with neighboring Turkey.

Secondly, republican autonomy was guaranteed to Adjara under the 1921 Kars Treaty of the RSFSR, Georgia, Armenia and Azerbaijan with Turkey.

Georgia has repeatedly reaffirmed its adherence to this document since 1991.