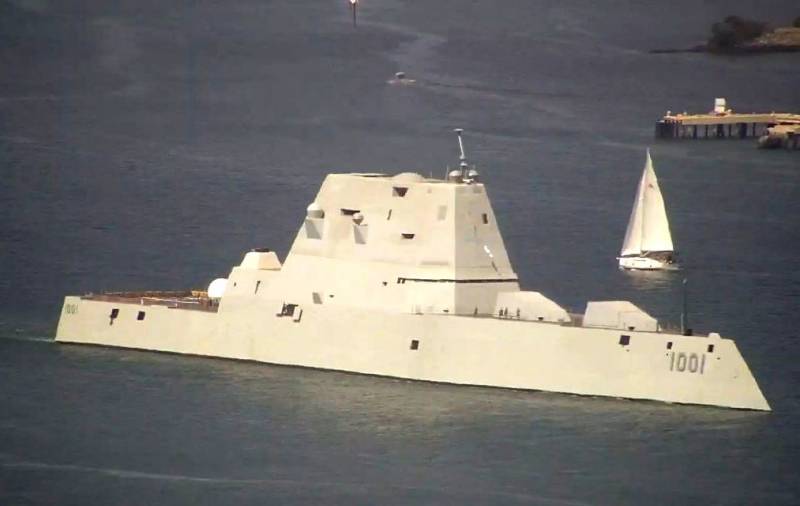 The US Navy has embarked on a large-scale experimental exercise, during which it will test the interaction of manned and unmanned aerial, submarine and ground systems. Among other means and forces, the Pentagon also used the Zumwalt-class stealth destroyer USS Michael Monsoor in the exercises.


The US Navy Command has focused on turning the ship into the main command and control center for manned and unmanned systems.

To user Twitter CJR1321 managed to take several pictures of the destroyer, hull number DDG-1001, which left San Diego on April 20, 2021. The US Navy also published photos of two medium-displacement ships MDUSV leaving the port in San Diego along with the destroyer.

As the spokesman for the US Navy, Lieutenant Tim Pietrac noted, the destroyer Michael Monsoor during the beginning of the exercise will use all of its unique capabilities to control manned and unmanned vehicles conducting multi-domain combat operations at a great distance. The exercises, which started on April 19, will last until April 26. During this time, the command will test the capabilities of the destroyer. 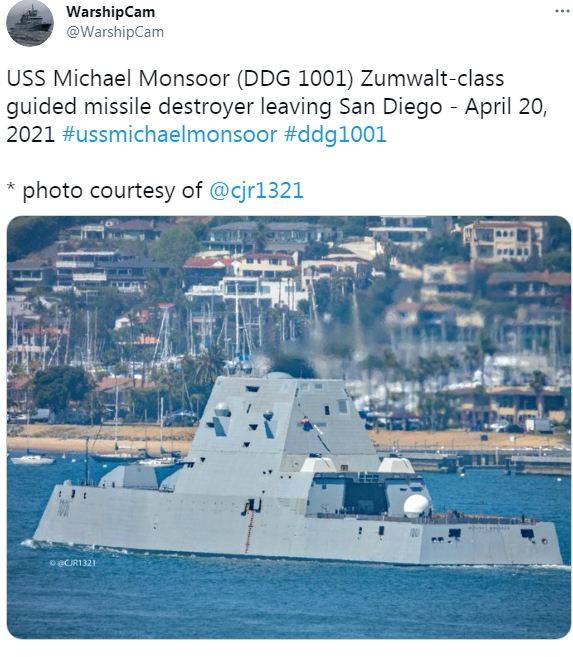 The author of The Drive, Joseph Trevithick, writes that the destroyer has reliable satellite communications systems that will be used to control manned and unmanned systems. While no one knows the details of the technological innovations in satellite communications so far, Trevithick writes that it may be identical to Orbit's AL-series or VAST systems.

Orbit's official website highlights that the stabilized antenna system is a 2,4m (96-inch) linear and circular Ku and C-band antenna and provides global satellite television and data transmission from coastline to mid-ocean. Currently, AL-7208 is used not only for military purposes, but also on tankers, fishing vessels, oil and gas rigs. The system allows you to organize uninterrupted high-quality satellite reception even in extreme weather conditions. 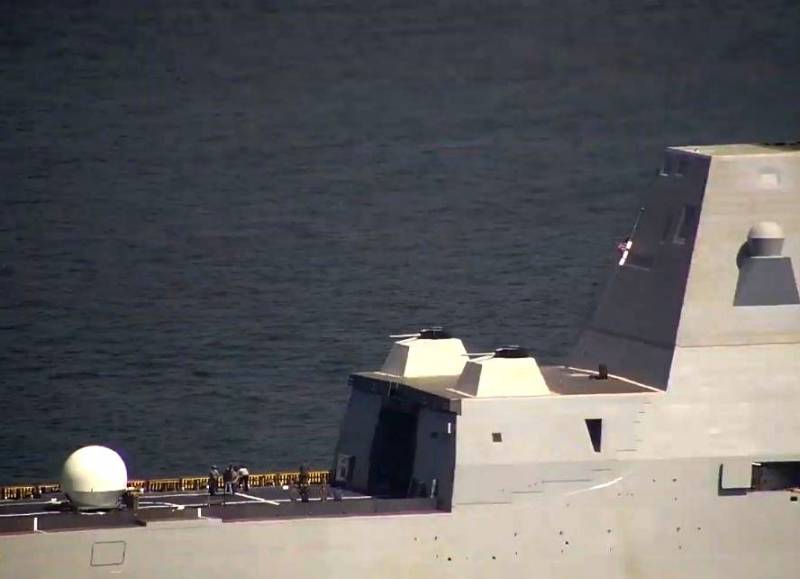 Joseph Trevithick draws attention to another interesting point: user CJR1321 noticed an Arleigh Burke-class destroyer USS Spruance, also participating in the exercise, and this ship also had a similar large dome of satellite communication devices. As you know, the destroyer is equipped with a laser energy weaponsdesigned to blind electro-optical and infrared optics, including sensors on aircraft, ships and submarines. Also, this system can be used against approaching missiles, knocking them off course.

As the American observer writes, the additional capabilities will be well combined with the systems installed or planned to be installed on the USS Michael Monsoor, the "sister" USS Zumwalt and the promising USS Lyndon B. Johnson. Details about exactly which satellite systems are used on the destroyer are still unknown. But Trevithick writes that all information from the systems installed on the ship goes to the Operations Center. This center uses a unique system that differs from the more famous Aegis system and is more reminiscent of large ground command centers than traditional command centers on ships.

In the press, the United States emphasizes that the experimental exercises are very important for the US Navy, as they allow you to test the capabilities of new systems for future naval and integrated operations, as well as lay the foundation for an increase in the number of unmanned vehicles used by the Navy.