A noticeable similarity with the Russian "Kornet": foreign press about the new ATGM GAM-102 from the PRC 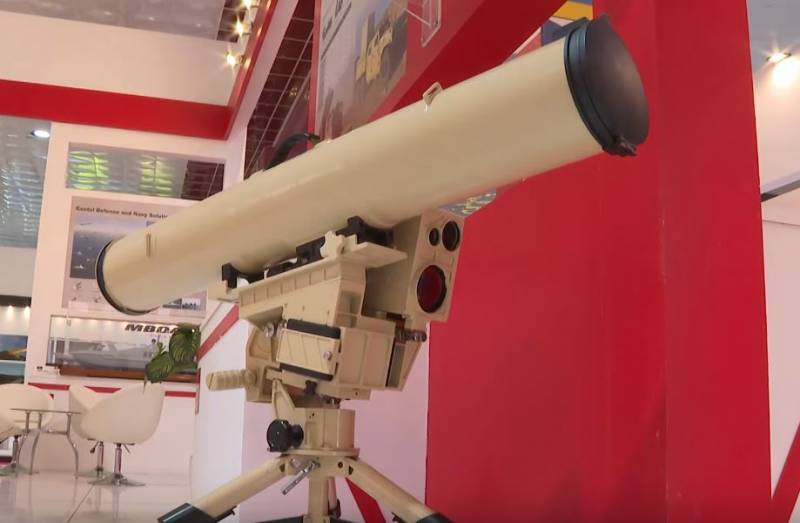 From April 10 to April 13, the IQDEX exhibition was held in Baghdad, quite modest by regional standards. But a number of products have caught the attention of military observers. Among them is the new creation of the Chinese developer Poly Defense, in which the contours of the Russian weapons.

Thirty years ago, China's military products were rejected by potential customers because of the nondescript weapons that it produced in huge quantities [...] In particular, the anti-tank weapons available at that time lagged behind those of NATO and the Warsaw Pact. Of course, in 30 this is no longer the case.
- writes the Philippine edition 21AAR.

At this exhibition, Poly Defense from China presented two ATGMs of the GAM family [not to be confused with the series of products of the same name from Norinco]. The lighter GAM-10X (firing from the shoulder) competes with the HJ-12 from Norinco and is positioned as a competitor to the FGM-148 Javelin from the American Raytheon.

Another model was the GAM-102, which is mounted on a folding tripod. According to the developer, the GAM-102 is a laser-guided medium-range ATGM with a diameter of 152 mm and a length of 1200 mm, capable of covering a distance of up to 4 km [armor penetration of a tandem shaped charge, according to some sources, is 1000 mm]. Its closest Chinese counterpart is the HJ-11 from Norinco.

There is a noticeable similarity with the Russian-made Kornet, especially in the part of the portable launcher, which houses the rocket, and the day / night rangefinder attached under it [...] The portability of the Kornet, in which the main components of the entire weapon system (tripod, rangefinder, rocket ) are separated, well suited for the design of their products by other countries
- writes the foreign press.

For our part, we note that the firing range of the Kornet ATGM is 5,5 km, armor penetration - 1300 mm behind ERA.