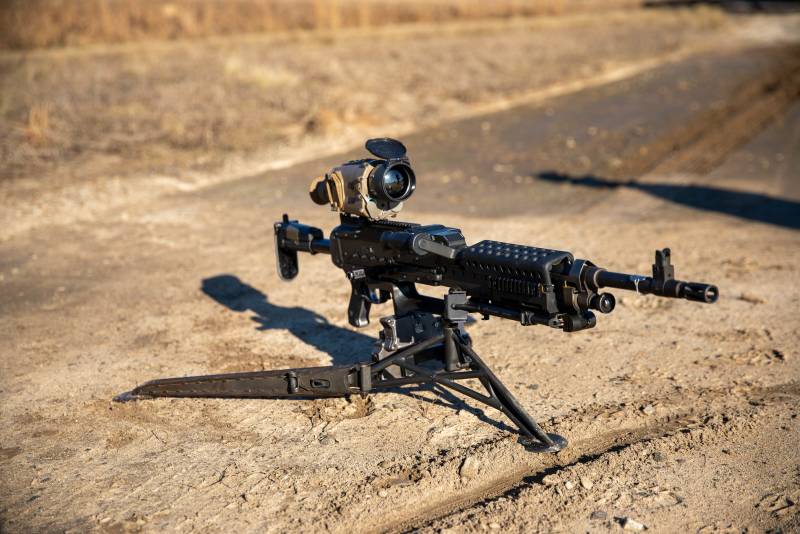 Currently, the US Army pays great attention to the creation of promising sighting systems for small arms weapons... Due to new functions and capabilities, such sights are able to significantly increase the fire characteristics of existing rifles and machine guns. One of the current examples of this kind is the FWS-CS universal optical-electronic sight, designed for installation on machine guns and grenade launchers. He has already reached the test in the troops, and in the foreseeable future it is expected to be adopted.

In 2014, the Pentagon launched the development of a new family of all-day "smart" sighting systems Family of Weapons Sight (FWS). As part of this program, it was planned to create sights for rifles FWS-I (Individual) and for "platoon weapons" FWS-CS (Crew Served). The projects were given very daring tasks, but their solution made it possible to dramatically increase the fire characteristics of standard army small arms.

The goal of the FWS-CS project was to create an optical-electronic sight with a day and night channel, a ballistic computer and the ability to output a video signal with an aiming mark to his own eyepiece or to a soldier's helmet display. In the future, the requirements were adjusted and supplemented, but did not fundamentally change. 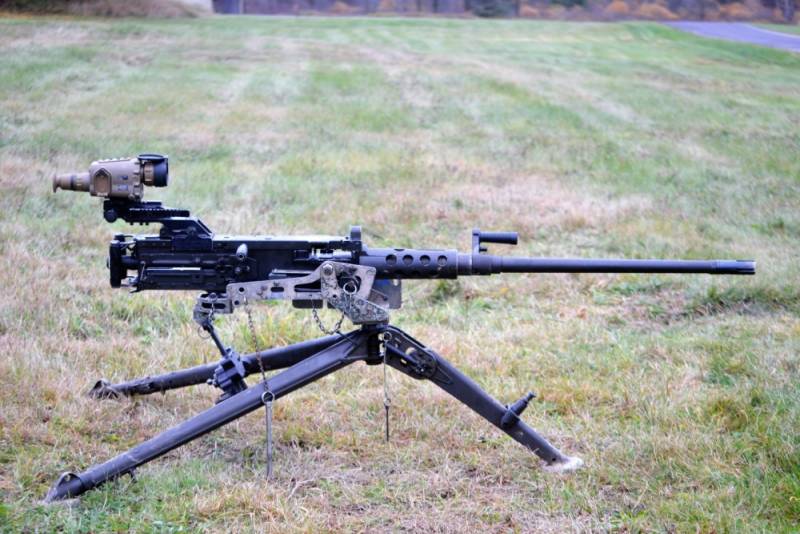 FWS-CS sight on the M2 heavy machine gun
Since 2014, the American branch of the international company BAE Systems has participated in the FWS program. In 2015-16. it presented experienced FWS-CS scopes and became the winner of the competitive part of the program. In December 2016, the company received a contract worth $ 383 million for a period of seven years. In accordance with this agreement, the company was to continue to develop and prepare for the future production of scopes.

Subsequently, a new stage of design work was carried out, according to the results of which the final appearance of the new products was determined. The design of the scopes has undergone some changes to better meet the requirements. The currently proposed FWS-CS configuration is designed for use with the M240 and M2 machine guns, as well as the Mk 19 automatic grenade launcher.

To date, the FWS-CS project has been brought to the stage of checks in the troops. Batches of new scopes are handed over to different military units of the armed forces for testing in real-life conditions. Several stages of similar tests have already been carried out, which have shown all the advantages and disadvantages of the new sights. For example, a few days ago, on April 15, a successful trial operation was reported on the basis of the 82nd Airborne Division. 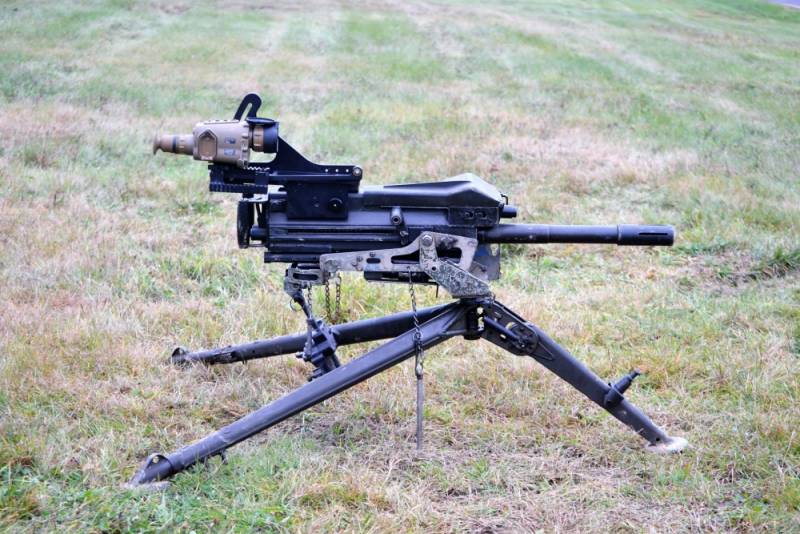 In its current form, the FWS-CS sight is a self-contained device with a full set of necessary elements and a built-in power system. It differs in rather large dimensions and weight, but this is a reasonable price to pay for a number of new features. In addition, the sight can be used on turret armament, which eliminates such disadvantages.

The Helmet Mounted Display (HMD) helmet sight can be used in conjunction with the sight on the machine gun / grenade launcher. It is a small device that mounts with standard helmet mounts. Communication between the main and helmet-mounted sight is carried out via a radio channel.

The FWS-CS is equipped with a large diameter entrance lens, behind which are all optoelectronic devices. In the stowed position, such a lens is covered by a hinged cover. An external eyepiece is provided in the back. The choice of the operating mode and the control of various parameters are carried out using the buttons on the body and the movable ring on the eyepiece.

The FWS-CS sight is equipped with a standard Picatinny rail mount. The strength of the structure corresponds to the loads that arise when firing from large-caliber weapons and grenade launchers. 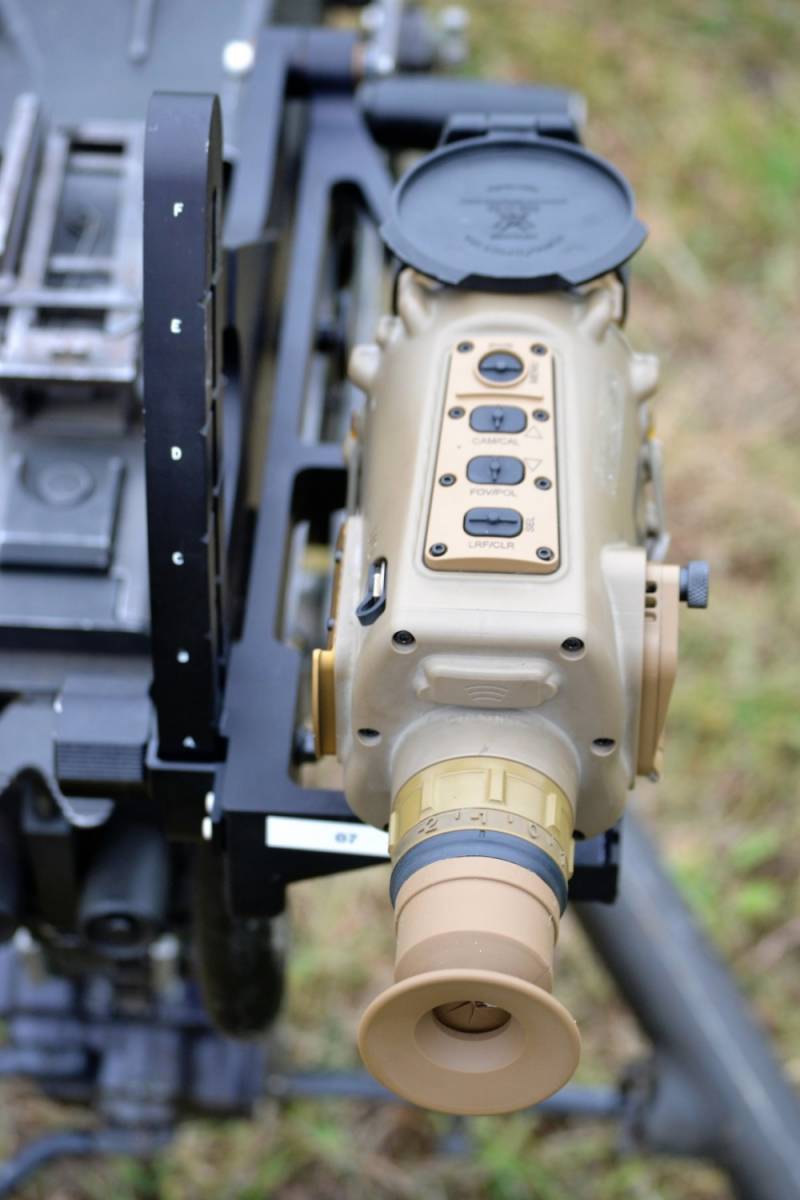 User side view
There is an HD camera for using the scope during the day; at night or in difficult weather conditions, a thermal imager operating at a wavelength of 12 microns is used. Also, the sight is equipped with its own laser rangefinder. The video signal and data from the rangefinder are fed to the computing unit for the necessary processing before being sent to the eyepiece liquid crystal display. The camera image is supplemented with reticle and data.

The FWS-CS has several operating modes with different capabilities. In its simplest mode, it works as a simple 4x optical sight, day or night. The greatest contribution to the accuracy and accuracy of fire should be made by the "smart" mode of operation. In it, the sight is able to measure the range to the target, calculate the trajectory of the bullet and translate the aiming mark to the expected point of impact. Thanks to this, the shooter can only aim at the target and open fire.

There is a possibility of adjustment according to different parameters in order to increase convenience and efficiency. Depending on preferences or external conditions, the fighter can choose the color of the aiming mark, as well as set different options for displaying the picture from the thermal imager. 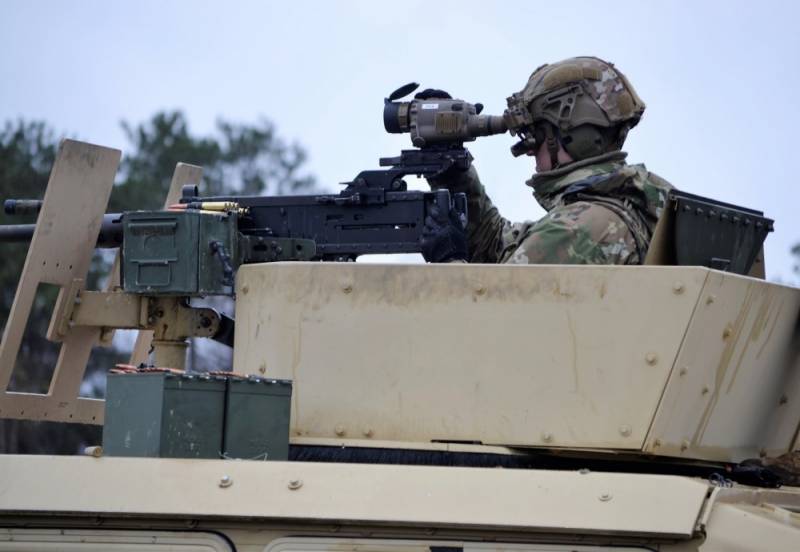 Machine gunner of the 10th Mountain Division testing the sight, November 2020
The picture of the desired configuration can be displayed on the HMD eyepiece. Its presence changes and simplifies the process of finding a target and aiming weapons. In addition, such a device allows the shooter to remain in cover, exposing only the weapon with the FWS-CS.

In various tests, the FWS-CS sight was compared with the devices in service and used with machine guns and grenade launchers. All such comparisons, as expected, ended in favor of the new product. The advantages of such a sight are obvious. It combines day and night capabilities, and also calculates shooting data and displays them in the most convenient form. Existing serial sights solve only one problem.

Thus, the development of the FWS program gets every chance to enter service and become widespread in the US Army. However, the sight for machine guns and grenade launchers is not yet ready for service. In the near future, it will be finalized according to the test results, as a result of which the final configuration will be formed, which fully meets the customer's requirements. 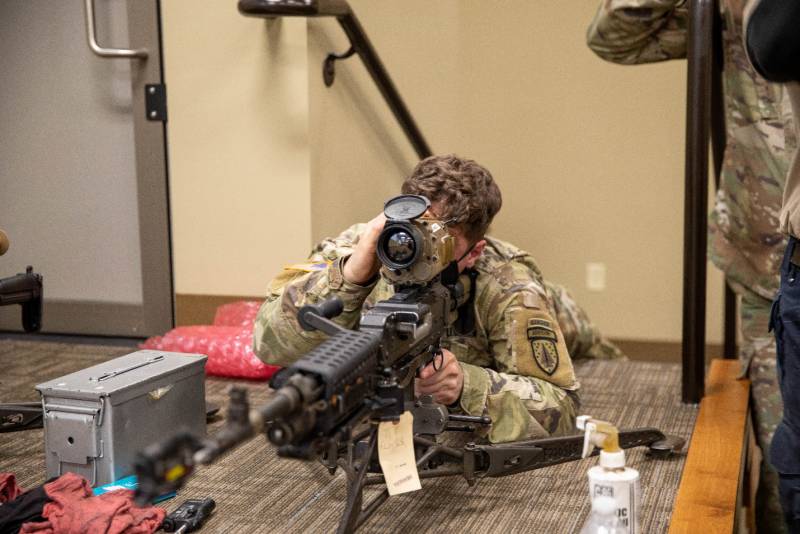 During the testing of sights at the base of the 82nd Airborne Division, April 2021
The work should be completed next year, after which full-scale serial production will begin. The first batches of FWS-CS scopes are planned to be transferred to combat units in 2023 FY. The volumes of the planned deliveries and the scale of rearmament have not yet been disclosed. Given the proliferation of compatible machine guns, it is possible to predict the upcoming re-equipment of almost the entire army and the ILC.

It should be recalled that the FWS-CS is not the only "smart" sight of the American design. In recent years, by order of the Pentagon, a number of programs have been carried out to create promising sighting devices with various capabilities. The development of improved day and night systems is underway, ballistic computers are being introduced, communication of the sight with other devices from the fighter's equipment is being organized.

Tests show the high potential of such developments and confirm their ability to significantly increase the fire characteristics of existing weapons - and have a positive effect on the performance of a rifle unit. Judging by news Recently, in the coming years, the US armed forces will adopt such products into service and receive corresponding advantages.

Obviously, the development of sighting devices, incl. due to the creation and implementation of new technologies, it is a promising area and allows you to get the most interesting results. Armies that do not want to find themselves in the uncomfortable position of catching up should take this into account and take the necessary measures.