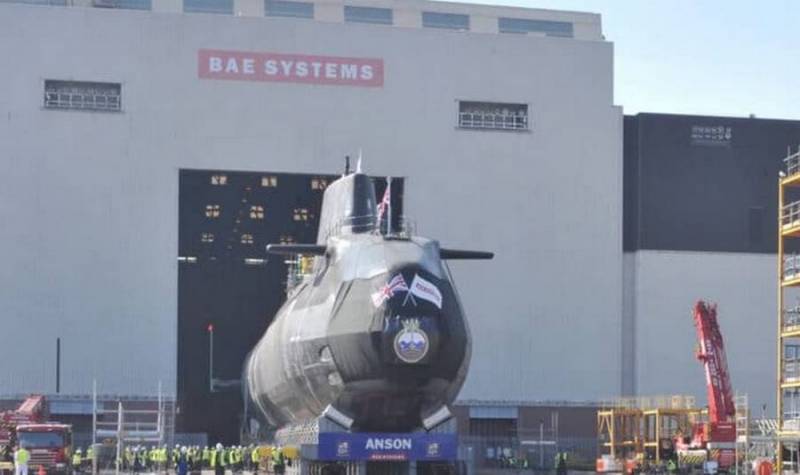 The Royal Navy of Great Britain will soon receive a new nuclear submarine of the Astute type ("Astute"). The ceremony took place at the BAE Systems shipyard in Barrow-in-Furness.


According to a statement from the shipyard, the submarine will be completed afloat and carry out the necessary tests. The first sailing is scheduled for next year.

Submarines are designed both for operations in the fleet and in isolation from the main forces. Submarines can be used to carry out missions to combat enemy ships and submarines, attack ground targets, land groups of combat swimmers and collect reconnaissance information.

Rolls-Royce PWR-2 Nuclear Reactor Not Requiring Reboot. The service life is 25 years. Two turbines manufactured by Elstom (former General Electric) were installed. This power plant provides the rotation of one shaft and the operation of the jet propulsion. In addition, on board the submarines of this class there are two auxiliary diesel engines, as well as an emergency propulsion engine that rotates the retractable auxiliary propulsion.