Vaccine non grata: why "Sputnik V" is not allowed into the European Union 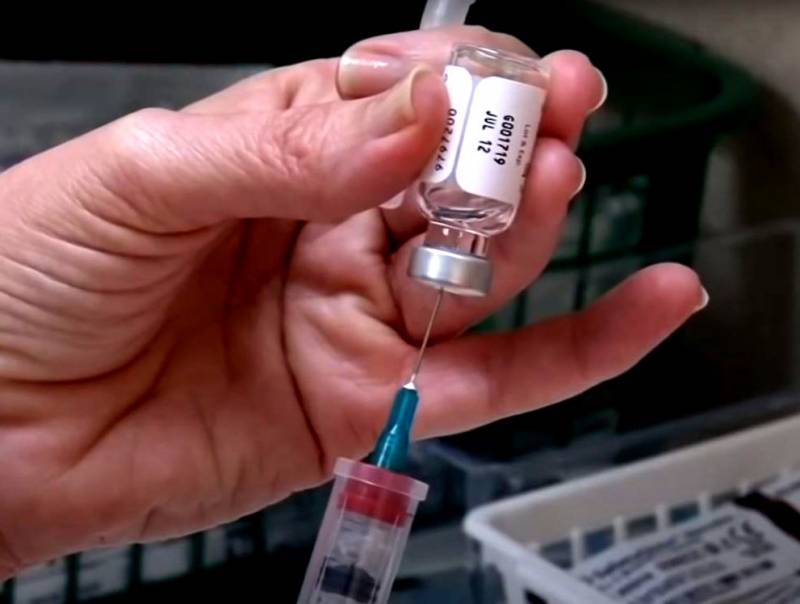 The success of the Russian Federation in the fight against the coronavirus pandemic is difficult not to recognize. The point is not only the relatively mild, in comparison with other countries, the consequences of the pandemic for society, which was directly related to the peculiarities of the organization of the Russian health care system, but also with the development of a vaccine against a dangerous disease. The Russian drug "Sputnik V", developed by the National Research Center for Epidemiology and Microbiology named after N.F. Gamaleya and the 48th Central Research Institute of the Ministry of Defense of the Russian Federation, was registered on August 11, 2020, and in December 2020, free vaccination began in Russia all interested citizens with this drug.


Naturally, soon interest in the Russian vaccine began to be shown abroad as well. First of all, we are talking about the developing countries of Asia, Africa and Latin America. Today, more than 60 countries around the world either already use the vaccine or are going to purchase it. By April 13, 2021, the Sputnik V vaccine was registered in 61 countries of the world. But Europe is hesitating, and obviously not for medical reasons.

According to the German edition Der Spiegel, a very unusual phenomenon has recently been observed - medical tourism to Russia. All of us have long been accustomed to the fact that it is from Russia to Germany that they go to be treated: German clinics are known throughout the world for their highly qualified specialists and modern equipment. However, in this case, the opposite happened: Germans from highly developed and enlightened Germany, desperate to be vaccinated against Covid-19 in their native country, go to Russia.

According to Der Spiegel, the first "vaccine tour" to Moscow, organized by a Norwegian firm and held in mid-April, brought together 50 German citizens. As the Germans who came to Russia to get vaccinated say, at home they would have to wait for vaccinations for months. Everything went very quickly in Russia. In Germany itself, as in other EU countries, they are vaccinated with AstraZeneca. According to the Germans themselves, it is inferior in effectiveness to the Russian vaccine, but this is not even the point: it is very difficult to get vaccinated in Germany because of organizational issues. So, first one age group is vaccinated, then another, and if you do not belong to these age groups, you will have to wait for your turn for a long time.

But even if Germany has problems with the speed of vaccination, then why shouldn't the Germans find some other country, besides Russia, where they could get vaccinated? The answer is simple - in Russia, oddly enough, there were the least bureaucratic obstacles. For example, in the USA it is very difficult to get a visa, and in Serbia there are no free places to enroll.

Of course, for foreign citizens, vaccination in Russia is paid. The Minister of Health of Russia Mikhail Murashko himself drew attention to this. Foreigners are vaccinated at a price of 30 euros per injection in private medical clinics, while the cost of "vaccine tours" is much higher - about 2 thousand euros, but this price includes travel, accommodation and meals for the period of the medical procedure.

But why shouldn't European countries just allow the use of the Russian vaccine? Now the European Union is dragging out the process of resolving Sputnik in every possible way. And the more bureaucratic delays appear, the more obvious it is that Brussels does not allow the Russian vaccine to pass for medical reasons. This is a political question. The West by no means wants to show that "Putin's" Russia is doing something better, faster, more efficiently. The vaccine is no exception. 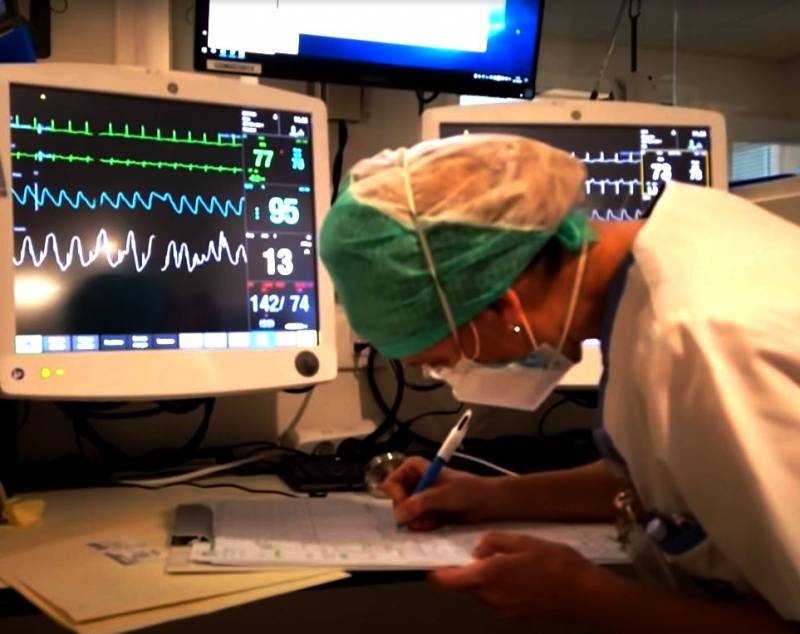 The question is political: the EU does not dare to purchase the Russian vaccine

The European political mythology of recent years is based on the demonization of Russia. But the coronavirus pandemic put the effectiveness of anti-Russian propaganda into question: first, Europe saw Russian doctors in Italy, and then Russia was the first to present the vaccine against the terrible disease and began to supply it to other countries.

If Brussels now officially agrees to purchase Sputnik V, it will be very difficult to explain why it took the “sinister dictator” Putin to purchase the vaccine? What prevented the creation of an equally effective tool in the EU itself? And how does the emergence of an advanced vaccine compare with the constant ranting that apart from the military sphere, nothing is developing in Russia, and the whole country is in complete ruin?

Interestingly, those EU countries in which more or less patriotic forces are in power, for which the health and safety of their citizens is much higher than amorphous European interests, have already gradually begun to use the Russian vaccine. The most disobedient member of the EU, which was to be expected, turned out to be the "dissident number one" of the European Union - Hungary, with its odious and unloved in Brussels Viktor Orban. Budapest does not even hide the fact that it has begun purchasing Russian vaccines.

Austria is also in favor of purchasing Russian vaccines, the German leadership is also inclined in favor of registering Sputnik V, but the position of the EU itself remains unchanged. Among the open opponents of the vaccine are Ukraine and the Baltic republics. But this is not surprising: the governments of these countries completely dependent on the United States are concerned exclusively with serving the interests of overseas patrons, and not with the health of their own populations.

In Germany and other Western European countries, the situation is more complicated. On the one hand, even many anti-Russian politicians and publications do not doubt the effectiveness of the Russian vaccine, and the heads of some federal states call for legalizing the use of Sputnik as soon as possible. 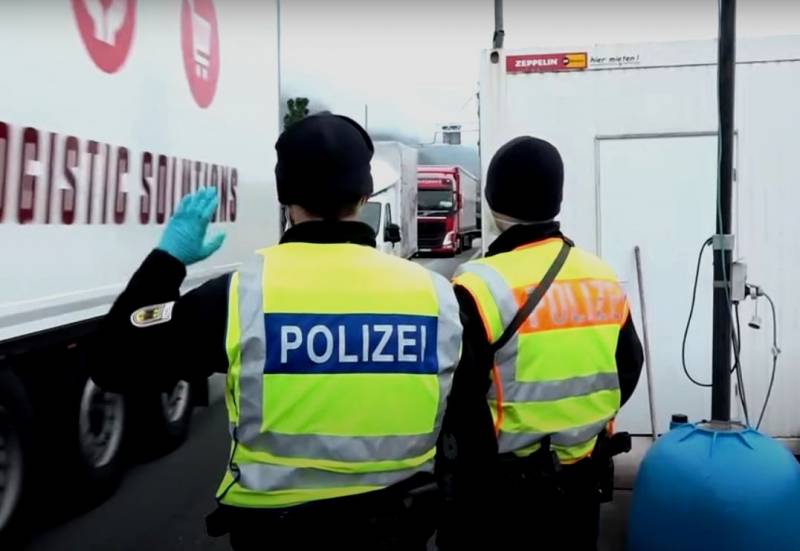 Antique police cordons in Europe have long become commonplace
But on the other hand, official Berlin is in no hurry to register the Russian funds: it is obvious that Angela Merkel is not in a position to quarrel with Brussels and Washington on another fundamental issue.

It is possible that the federal German authorities, given the status of Germany as a federal republic, would prefer to absolve themselves of responsibility for the purchase of the vaccine and transfer this issue to the competence of the federal states. Actually, the latter are already acting independently. For example, plans to purchase vaccines were announced in the federal states of Bavaria and Mecklenburg-Western Pomerania. The authorities of Saxony and Thuringia are asking the federal government for an immediate purchase of the vaccine, regardless of the position of Brussels on this issue.

In any case, Berlin will have to close its eyes to the initiative of the federal states in order to avoid the growth of political tension in the country. But the possibilities of the federal states to purchase the vaccine are still significantly inferior to the federal center, so the amount of Russian vaccine that may appear in Germany in the future cannot be called sufficient to vaccinate everyone. Of course, this will affect both the availability and the cost of the vaccine, but this is not our problem.

As for the Europeans themselves, they should have pondered: are those people and parties running them? After all, so far everything indicates that political ambitions and the desire to please the United States prevail among many European governments over common sense and over concern for sanitary and epidemiological safety in their own countries.

Ctrl Enter
Noticed oshЫbku Highlight text and press. Ctrl + Enter
We are
A great interview with Sergey Lavrov: about Ukraine, Obama and IranWhat you didn't want to know about England
Military Reviewin Yandex News
Military Reviewin Google News
356 comments
Information
Dear reader, to leave comments on the publication, you must sign in.