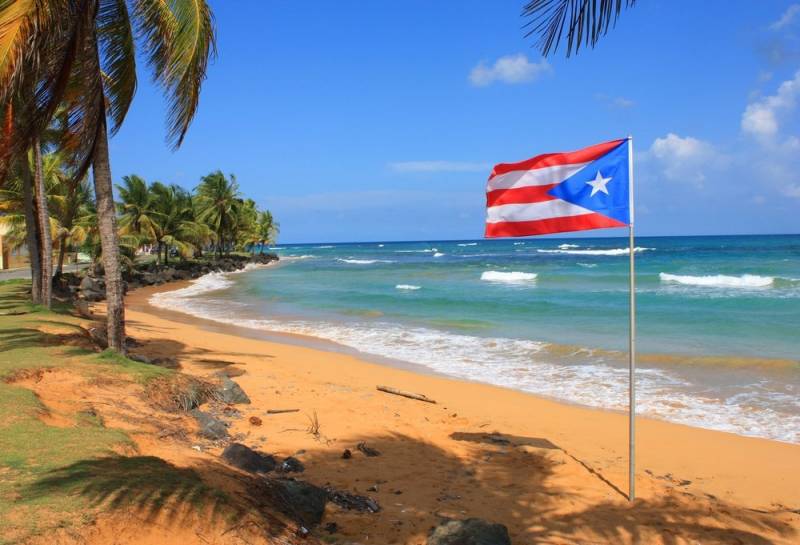 The Free Associated State of Puerto Rico is a territory under the control of the US government, the status of which is not definitively determined: residents are US citizens, but the US Constitution is not fully valid here, since the Constitution of Puerto Rico is also in force here. And this situation has been maintained since 1952. How did it come about?


The 1900 US "Organic Law" established a civilian government on the island of Puerto Rico, which became US possession in 1898 as a result of the Spanish-American War, as I wrote about in my article "Patriarch of American Imperialism" (https: / /topwar.ru/108180-patriarh-amerikanskogo-imperializma.html). This law also established Puerto Rican citizenship. On April 12, 1900, President Bill McKinley signed the Organic Act, which became known as the Foreaker Act, after its sponsor, Ohio Senator Joseph Foreker. The main author of the Foreaker Act was Secretary of War Elihu Ruth, who was appointed Secretary of State by President Theodore Roosevelt in 1905.

The new government of Puerto Rico provided for a governor and an 11-member executive council (5 were selected from among the residents of Puerto Rico, and the rest were from among those who held the highest positions in the cabinet of ministers, including the attorney general and chief of police, appointed President of the United States), the House of Representatives of 35 elected members, the judiciary, and the Permanent Commissioner to the United States Congress. The Supreme Court of Puerto Rico was also appointed. In addition, all US federal laws were to be applied on the island. Charles Allen became the first civilian governor of the island under the Foreaker Act, who was inaugurated on May 1, 1900 in the administrative center of the island, San Juan.

In 1917, the Foreaker Act was replaced by the Puerto Rico Federal Relations Act, also known as the Jones-Shafroot Act or the Jones Puerto Rico Act. This Act was signed into law by President Woodrow Wilson on March 2, 1917. The Puerto Rico Federal Relations Act granted US citizenship to anyone born in Puerto Rico on or after April 11, 1899. The law also established the Puerto Rican Senate, approved the Bill of Rights, and authorized the election for a 4-year term of a permanent commissioner previously appointed by the President of the United States. In addition, the law had an economic component: it exempted Puerto Rican bonds from federal, state and local taxes, regardless of the place of residence of the bondholder.

The provisions of the Puerto Rico Federal Relations Act were partially repealed in 1948, after which the island's governor was elected. In 1948, the US Congress instructed the Puerto Rican authorities to draft their own constitution, which, after ratification by voters in 1952, provided the island with a greater degree of autonomy.

It is highly likely that the status of the island of Puerto Rico will change in the future.

Ctrl Enter
Noticed oshЫbku Highlight text and press. Ctrl + Enter
We are
Patriarch of american imperialismDiplomats of the People's Commissariat of Defense: on the eve and during the war
Military Reviewin Yandex News
Military Reviewin Google News
11 comments
Information
Dear reader, to leave comments on the publication, you must sign in.