Failure for 193 billion: the United States is ingloriously leaving Afghanistan 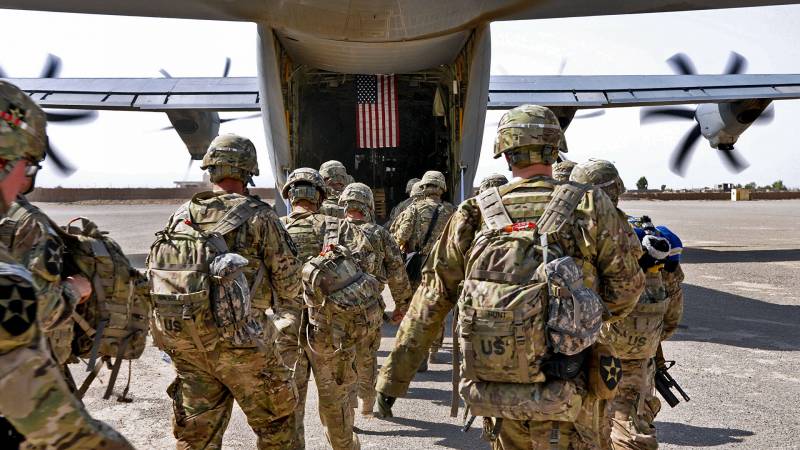 At peace with the mujahideen

In the liberation of the occupied territories, the main thing is not to rush. Donald Trump at one time agreed on the withdrawal of American troops by May 1, 2021, but the newly elected Biden slightly adjusted the plans of his predecessor. As a result, the last Pentagon soldier must liberate the lands of sovereign Afghanistan by September 11 this year. And May 1 now marks the start date for the withdrawal of the American contingent. 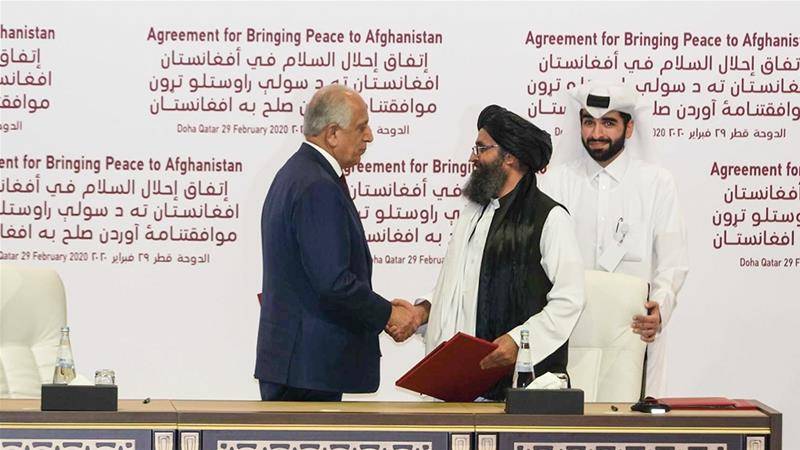 Signing of a landmark peace agreement between the United States and the Taliban. Source: TOLO News
В stories In the Afghan war, the United States has no reason to speak of even a ghostly victory. Joe Biden did not hide this when he announced his decision:

"It's time to end the longest war in our history, and it's time for American troops to return home."

So far, the Afghan campaign is famous only for being the longest in American history.

Judging by the nondescript successes of the Pentagon, it is also the most inglorious. Perhaps that is why the White House administration delayed the process of evacuating the military right up to September 11. A beautiful occasion and beautiful surroundings are needed to complete a not-so-outstanding campaign. First of all, because Washington had to go to direct peace negotiations with the Taliban terrorist organization (banned in the Russian Federation).

This was first spoken about in 2018, when a desperate Donald Trump instructed the State Department to find a way to conduct formal peaceful consultations with the Taliban. In relation to the official Kabul, the Americans acted very dishonestly (if not tougher) and did not include the government in the negotiating agenda. The Americans quickly reorganized themselves under the new agenda, abandoned a peaceful settlement within Afghanistan and focused on their own relations with the Taliban.

By the way, contacts between the Americans and the Taliban were observed earlier, but they were mostly unofficial and did not go beyond probing the ground. Trump needed access to official contacts with the Afghan mujahideen, first of all, for additional points in the upcoming elections. As history has shown, Trump's "pacifist" initiative did not help much, and Biden had to deal with Afghanistan.

Throughout the negotiations with Washington, the Taliban have outplayed their opponents and built a dialogue from a position of strength. Thus, the Afghans refused to recognize the modern constitution of the Islamic Republic of Afghanistan, and the government itself in Kabul was considered illegitimate. As, however, they believe now, rubbing their hands in anticipation of the withdrawal of NATO troops. It was only last September that the United States managed to bring representatives of the government, which effectively controls only the major cities, and the Taliban, who rule the rest of the Asian country, at the same negotiating table. The representatives of the Mujahideen agreed to consider the issue of a ceasefire and peace talks with official Kabul only after the withdrawal of the entire foreign contingent from the country. The Eastern-style language of the Taliban is very vague and ambiguous. The US representatives, signing agreements with the terrorist organization, obviously really wanted to get out of Afghanistan as soon as possible, and then the grass would not grow there.

There are no examples of United States peacekeeping in recent history. Chaos invariably reigned wherever an American soldier stepped foot or the shadow of a combat aircraft flickered in order to establish democratic order. The examples of Iraq and Libya are striking illustrations. And there is no reason to talk about the normalization of the situation in Afghanistan after the completion of the twenty-year campaign "Enduring Freedom".

Over the past years, the occupation contingent has actually guarded itself and only held back the Taliban in their attempts at a coup d'etat. The main forces of the Americans are concentrated in Kandahar and Jalalabad. Although the United States claims that the Afghan army is seriously preparing to fight the Taliban, the actual activity consists in anti-terrorist activity against the underground Pakistani formations. It is no coincidence that the drone control center, which the CIA had previously organized in Pakistan, was relocated to Afghanistan a few years ago. 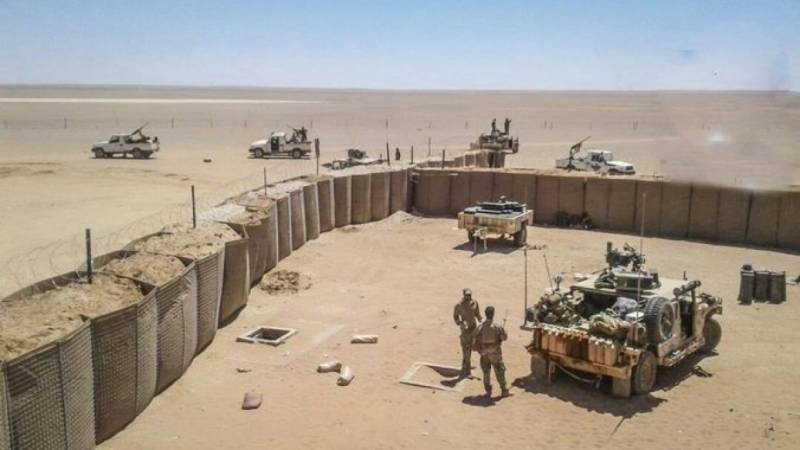 For twenty years of an unsuccessful war, the Americans have managed to get tired.
In the Afghan conundrum, in fact, everything is very simple - the Americans are leaving, and the official government will not hold out in Kabul for several months. And this is in the most optimistic version. In the worst case, after the lightning offensive of the Mujahideen, it will fall after several weeks. The Taliban are confident in their numerical superiority over the protégés of the United States that, according to Eastern traditions, they will not be allowed to talk with them on equal terms. It is worth remembering that the Taliban is a terrorist organization with extensive support from interested countries.

Official Kabul is in fact supported and paid for by the United States, which are known to be very inconsistent partners. This is another significant asset of the Taliban. Simply put, they are ready to promise Washington anything, and the Americans, making a naive expression on their face, will obligingly cede the territories that they conquered 20 years ago. Among the main reasons for this behavior is the course of the presidential administration to reduce military spending. Still, according to official estimates, the war has already cost US taxpayers an astronomical $ 193 billion. And it claimed about 3 thousand lives of servicemen. It is even scary to talk about losses among peaceful (and not so) Afghans - hundreds of thousands of lives are counted.

But the situation has not yet been fully decided. In late April - early May, the next round of the Conference on a Peaceful Settlement in Afghanistan is to be held in Istanbul. The Taliban at the meeting will be very unhappy - the United States promised in February last year to withdraw its troops by May 1, 2021, and held out immediately until the momentous September 11. The Taliban are already threatening to renew their attacks on coalition forces over failure to deliver on promises. In response, the Pentagon is ready for the traditional disproportionate response with missiles and bombs, which will again kill many peaceful Afghans. There is a likelihood of another failure of the American evacuation, as it already happened in 2012-2014.

Currently, no more than 3,5 Pentagon soldiers and about 7 servicemen from other NATO countries are permanently based in Afghanistan. Once the planes transport aviation will begin to evacuate the Americans, the departure of the rest of the coalition will not be long in coming. The government of the Islamic Republic of Afghanistan can only hope for 13 thousand mercenaries from PMCs. They will remain in the country in any case and will definitely be able to influence internal political processes. However, PMC fighters themselves often behave like terrorists, so it is premature to talk about them as a positive force. 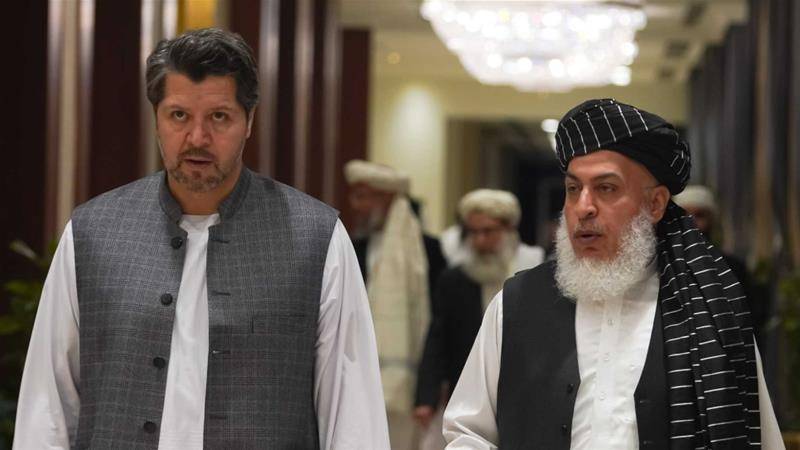 The Taliban are ready to start a new stage of the war at any time if the Americans fail to fulfill their obligations.
Among the most "innocent" consequences of the withdrawal of troops from Afghanistan, first of all, will be the special position of women.

Even now, in schools controlled by the Taliban, girls, if they study, then separately and according to a truncated program. The rights and freedoms of women upon the return of the Taliban will finally be subject to Sharia law. The intolerant attitude of radical Islamism towards dissent and education will force tens of thousands of Afghans to flee the country. This is not only a loss for the country, but an additional burden on neighbors who host refugees.

Over the past years, the flow of the main export commodity - drugs - has been steadily increasing from Afghanistan. And with the withdrawal of American troops, the situation will get even worse. Whole ecosystems were formed around the American bases in which the local population worked. Where do the unemployed go now? Hired by local drug lords.

The emergence of a fresh terrorist nest near the Russian border is very alarming for us and our neighbors.

Maybe the United States will stay in Afghanistan for another couple of years?