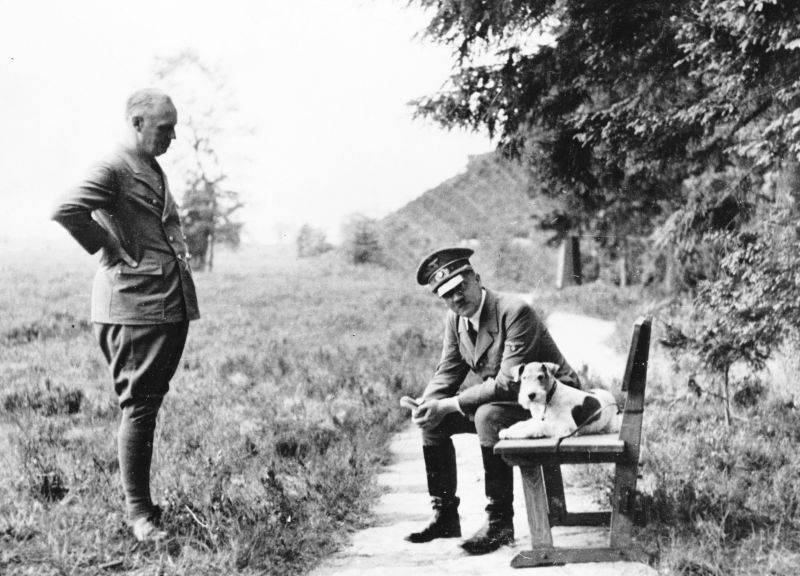 The first task is to undermine Slavic fertility. The second is to create and firmly root a German master class. This will allow to smash the formidable power of the Pan-Slavic empire. This is the meaning of Hitler's eastern territorial policy.

What is interesting is that the "perestroika" and "democratizers" in 1985-1990, by default, fully embodied these targets of the Hitlerite elite.

The Soviet state was torn apart under the slogans of nationalism. The Russian people in the conditions of cultural, linguistic, educational and socio-economic genocide began to die out rapidly. A class of "masters" began to form - khans, beys, oligarchs, "new Russians", "new nobles". No wonder then the patriots said that the abbreviation CIS stands for "Hitler's hopes came true."

Eastern politics and the new aristocracy

In 1932, the head of the SS Main Directorate for Race and Settlement, Richard Darre, held a conference on the main directions of eastern territorial policy (since 1933, Darre is the German Minister of Food).

With an agricultural education, Darre set out to scientifically implement National Socialist racial laws and racial hygiene. He planned to compile a large and detailed card index of the hereditary biological parameters of the Nazi elite, primarily the SS. With the consent of Himmler, he collected the genealogies of the new aristocracy in Germany. A kind of breeding book for the master breed. Himmler ordered all party members to marry only with special permission. Consent to the marriage was issued after a detailed biological study of the future spouses.

The SS Order was to become a human reserve, from which the breed of gentlemen of the Third Reich was derived (according to plans - in the future of the "world" Reich). First of all, the stake was placed on the peasantry. According to Hitler and other ideologues of the Reich, it was the peasantry that preserved the purity of the “German breed”. It displays the remnants of a healthy instinct. Old aristocratic families with good genetic data were also accepted. 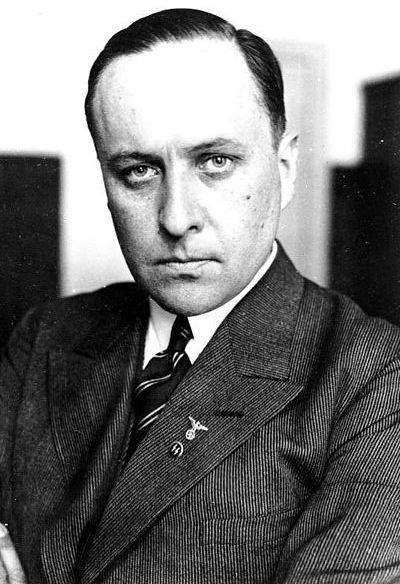 The future German empire was seen in this way. In the center is an iron core from Germany, Austria, Moravia and the Czech Republic. The Bohemian-Moravian region, the eastern regions bordering the Reich, will be inhabited by the Germans. Chekhov must be resettled to the East, to the Ukraine or to Siberia. Then a wreath of small and dependent state entities subordinated to the Reich. The Germanized Baltic states, dismembered Poland, Hungary, disassembled into parts of Serbia and Croatia, Romania. Ukraine, torn into several independent parts, South Russian and Caucasian states. Union of auxiliary peoples, all connected by common armed forces (Germanic), common economy and currency, common foreign policy.

In the west it will be the same as in the east. Western Federation, subordinate to the Reich. Holland, Flanders, North Franconia. Northern Federation. Denmark, Sweden and Norway.

However, this whole structure has no future if a systematic policy of population and people's extermination is not pursued. The Nazis believed that the high fertility of the Eastern Slavs posed a great danger to the Nordic race. Irony stories, now the white peoples of all of Europe are rapidly aging and dying out. In 50–70 years, most of the European world will become part of Africa and Asia, with small sprinkles of rapidly aging white communities, once the indigenous peoples of Europe.

It was noted at the conference that the agrarian policy of the Bolsheviks, that is, the distribution of large land holdings to the peasants, significantly increased their birth rate. Therefore, it is necessary to free Russians from the land, to make them farm laborers and unskilled workers in order to reduce fertility. The land must be handed over to the ruling class. Only the Germans should be the big landowners in the whole East.

It is interesting how exactly the Nazis determined the connection between the people and the land with its fertility. Nowadays, the urban "office plankton", in essence, laborers and unskilled workers, give birth to either very few children, or even abandon families and children altogether. It is simply not economically viable. Under the capitalist (parasitic-predatory) and consumerist system, the rule of materialism, the Russians, like other peoples of the white race, are doomed to extinction. Everything is aimed at biological survival, the race of pleasure (hedonism) and consumption. Children in such a world will not give birth. This is a burden, huge material costs, time, energy, the inability to consume ourselves according to the standards set by the media and TV.

Darre noted that the first task in the East is to undermine Slavic fertility. The second task is to create and firmly root a class of masters. Consciously restore the class order, or at least the hierarchical structure. At the very top is the new upper aristocracy, the master class, the hierarchically organized party (the new middle class), the employee class. Below all will be a layer of enslaved foreigners, new slaves.

Education and knowledge pose a threat to the elite. The ideal of universal education must be destroyed. Knowledge must acquire the character of a secret teaching, cease to be publicly available. Will become a means of dominating people.

Hitler noted that universal and accessible education must be destroyed.

"General education is the most corrosive and caustic poison invented by liberalism for its own destruction."
Each class and step in the hierarchy has its own school. Freedom of education is the privilege of the elite and those whom it will admit to this privilege. The broad masses of the lower classes should be gifted with illiteracy.

Thus, the Russian liberals, having defeated and "optimized" the Soviet (Russian) school, in essence, only implemented the plans of Hitler and his henchmen (The agony of the Russian school; Russia is being turned into a country of fools). Only secretly, by default.

Hiding behind beautiful slogans and words about the development of humanitarian technologies, the advanced experience of the West, modernization, innovation, optimization, digitalization, etc. And at the exit, schoolchildren can only write and read (worse and worse, degrading under the influence of digital devices).

Degradation, digital dementia and crowds of new barbarians, both whites and migrants from the global South.

Above - new gentlemen, masters of the new world order, the global "Babylon".