Prospects for degradation: how else can the United States "punish" Russia

Russia poses an extraordinary threat to the United States. Joe Biden's rhetoric in the preface to the new sanctions openly smacks of populism - it is required to turn as large a part of the population as possible against Moscow. Or at least explain to the electorate why Washington continues to destroy diplomatic relations with one of the leading nuclear powers in the world. In the United States, accusations are already being heard against the president-elect of unleashing a new Cold War.

In the meager list of "extraordinary" claims against Russia, the American president voiced transnational corruption, the oppression of dissidents or journalists in other countries and at home, as well as the violation of the territorial integrity of the state borders of third countries. The United States itself was allegedly harmed by hacker attacks and interference in democratic elections.

The new US sanctions package was just as unimpressive. At least, the financial sector expected much more, and the ruble even grew due to the “joy”. The United States has imposed an "emergency" regime on Moscow. And the most important of these were the restrictions on Russia's public debt. American investors were banned from buying new government debt after June 14, 2021.

It sounds, of course, menacing. But there is nothing critical about this - not many foreigners have invested in government bonds of the Central Bank of Russia, the Ministry of Finance and the National Welfare Fund. According to the calculations of domestic economists, a little more than 1/5 of the Russian national debt belonged to foreign capitalists. At the same time, Biden does not yet prohibit American residents from buying securities of the Russian Federation on the secondary market. By the way, entrepreneurial financial structures have already taken this into account and offered foreign investors, who are not ready to put up with American militancy, their scheme for selling the Russian state debt. A Russian bank acting in the interests of foreign agents will simply buy new Russian debt obligations for itself and then resell the securities to foreigners. The algorithm, of course, is a bit confused, but it is unlikely to stop the real connoisseurs of Russian bonds.

16 individuals and 16 organizations were also subject to sanctions, one of which is Positive Technologies, a well-known company in narrow circles. By the way, this is the largest of the firms that fell under American restrictions with a $ 580 million budget. Positive Technologies ranks 15th in the list of the largest Russian IT companies. Naturally, the State Department suspects the company of cooperation with all possible Russian special services and blames it for the cyberattacks on the United States.

Such insignificant sanctions from Washington and the extremely belligerent attitude of the US presidential administration make one think about the potential for expanding pressure on Russia from across the ocean. Joe Biden is quite unambiguously hinting about this to the Russian leadership.

What else to wait

First of all, the administration of the US President is considering the possibility of banning the purchase of Russian public debt in the secondary market. This will cover the above-described scheme of avoiding sanctions retaliation and can really turn some buyers away from securities. But the domestic banking sector is quite capable of taking on a considerable share of the lost foreign investments, since the banks have now accumulated enough free assets for this.

But the restriction on the ownership of already purchased public debt assets can seriously reduce the cost of Russian securities with all the ensuing consequences for the economy. 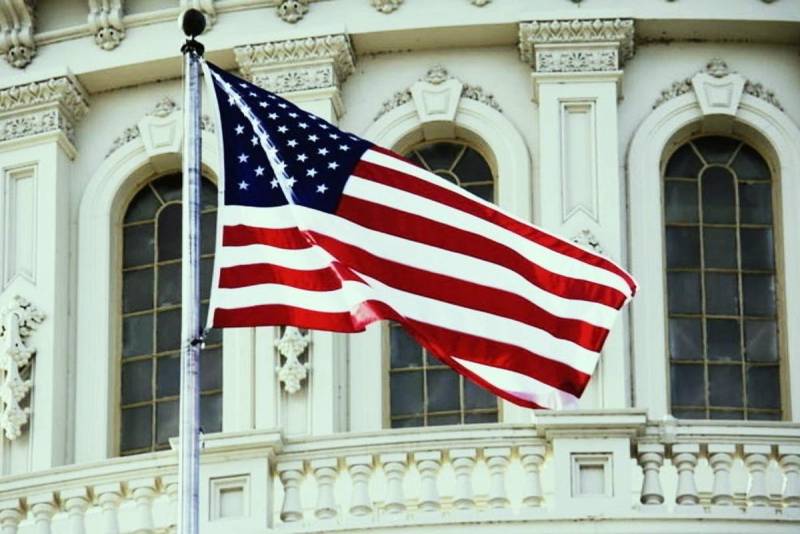 Sanctions can be indirect.

For example, in line with a fresh portion of anti-Russian hysteria in the Czech Republic with the expulsion of diplomats and the exclusion of Rosatom from the tender for the construction of the Dukovany nuclear power plant. Moreover, the American Westinghouse will most likely win the tender for the construction of a new power unit of the nuclear power plant. This, for the information of the US State Department, will be an excellent illustration of the alleged innocence of the United States in transnational corruption. Americans can be more rude. For example, increase supplies weapons to Ukraine. At the very least, the likelihood of such scenarios is non-zero, and is capable of provoking the Kremlin to take much harsher measures than sending the US ambassadors home.

It is noteworthy that Joe Biden, who promised "sanctions from hell" to Moscow at one time, still hesitated to impose restrictions on systemically important corporations. For example, to announce sanctions for Gazprom, Rosneft or Alrosa. The Americans already have a similar experience - in 2018, American restrictions seriously affected Oleg Deripaska's business, and he had to relinquish control over his own Rusal.

Interestingly, in this regard, some companies are seriously worried about their own business in Russia. So, the Renault group recently in a hurry returned to the place of the president of "AvtoVAZ" Frenchman Nicolas Maure. Experts are confident that this is a tactical move by the French in anticipation of new Washington sanctions against the Kremlin. Mor is known primarily as a crisis manager who can effectively manage in the face of financial turbulence. Obviously, Renault expects galloping inflation due to the growth of the dollar and euro, as well as a significant decrease in demand for its own products. Whether the expectations of the cautious French will come true, and whether Mor can really help in this situation, time will tell.

Should the Kremlin never abandon its supposedly aggressive actions, Washington could roll up heavy artillery. For several years now, rumors have been circulating about the possibility of disconnecting Russia from the SWIFT international payment system. This will indeed be a very serious test for the Russian financial system, since all foreign currency payments will be completely stopped for an indefinite period and foreign accounts will be blocked. Americans cannot cancel transactions in rubles within the country, since the Bank of Russia has its own information system for this purpose.

However, the Americans do not have formal tools to disconnect Russia from the worldwide SWIFT payment system. Simply because this office does not belong to Washington and is an international organization. SWIFT representatives have repeatedly stated that it is impossible to exclude Russian banks from the system. Russia does not have a particularly large share of turnover in the global payment system - only about 1,5%, but we are the second largest in the world in terms of the number of connected credit institutions.

The example of disconnecting Iranian banks from SWIFT is not the most indicative. Tehran has several times less currency turnover within the system and much less political weight than Russia on a global scale. Simply put, declaring such a war on Iran is much safer than Russia. Although SWIFT is considered a monopoly in the field of fast and secure international payments, the system already has analogues in the world. In 2015, China prudently secured itself with the creation of CIPS (China International Payment System), which for some time could help Russia survive the acute de-dollarization. 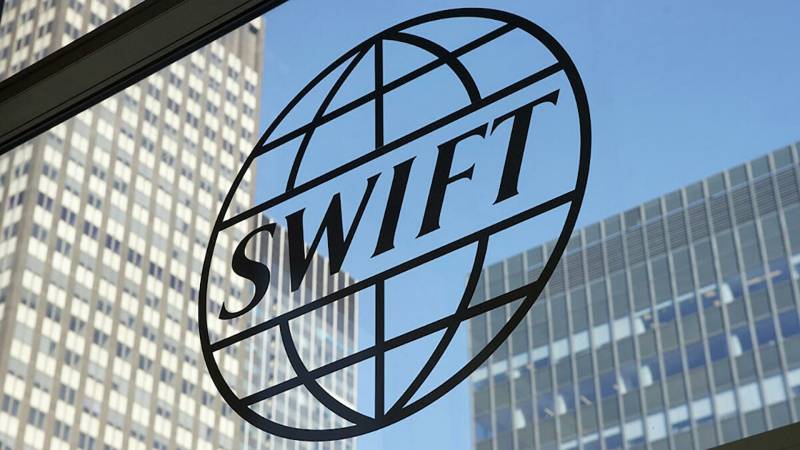 Photo: SWIFT
The Kremlin is also capable of decisive action in response to further deterioration in relations with Washington.

Of course, Russia has limited levers of economic influence on the world's first economy, but they are still there. First, Moscow could close the airspace to civilian aviation countries of the NATO bloc, or multiply the payment for the flight. Secondly, to prohibit the transportation of goods of the countries initiating the sanctions along the Trans-Siberian Railway. This, of course, will have a heavy impact on the Russian economy, but it will be a quite tangible response for the overly zealous West. And, finally, when economic levers become ineffective, the time will come to freeze diplomatic relations with the closure of all consulates, embassies, the expulsion of diplomats and military attachés.

This means a complete halt in the coordination of actions, including in the military sphere. And here we are not far from direct conflict. We can only hope that Russia's foreign opponents understand this.

Ctrl Enter
Noticed oshЫbku Highlight text and press. Ctrl + Enter
We are
Strangulation: the context, conduct and consequences of the American naval blockade of ChinaSituational analysis of the death of the MH17 flight (Malaysian Boeing 777), made on the basis of engineering analysis from 15.08.2014
Military Reviewin Yandex News
Military Reviewin Google News
54 comments
Ad