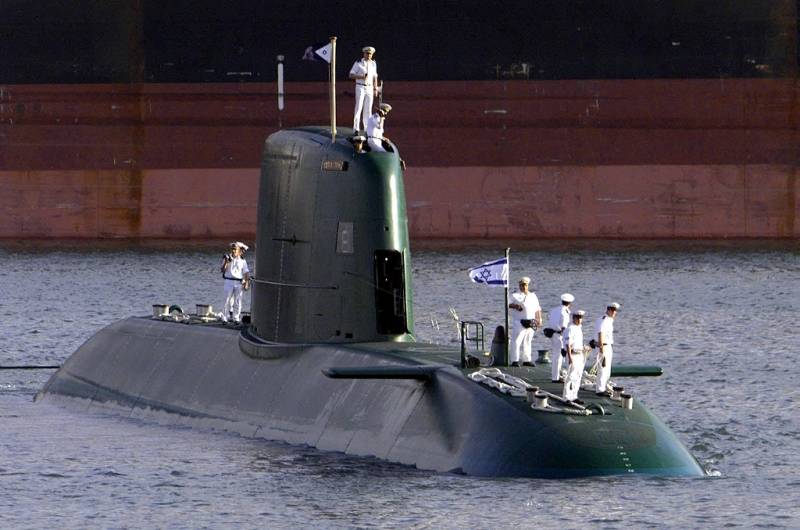 The Mediterranean Sea is inherently a body of water no less hot than the Persian Gulf. Just hot water, not boiling water, but the events that may begin to unfold in the Mediterranean can easily warm up the whole world.


The main troublemaker in the region is Turkey, led by Erdogan, whose policy is very difficult to calculate and calmly accept. There are peculiar games with the Kurds both at home and in Syria, and more than strained relations with the Greeks, and sidelong glances towards Israel. Plus dancing both in NATO and with Russia.

But if the Kurds are almost an internal problem, Turkey has been a NATO member with Greece since 1952, that is, a crow will not peck out a crow's eyes, then the relationship between the Muslim world in the Middle East and Israel is an eternal topic of conversation.

And we have Israel and its submarine fleet on our agenda today.

Yes, today two cartridges have been snapped out of the ranks of states "adoring" Israel: Libya and Syria. However, this is definitely not a reason to relax. And in Israel, where people are not only pragmatic but also smart, they continue to devote time and budget to their defense capabilities.

On earth, in the heavens and the sea

With earth and heaven, everything is more or less clear. The sea is very interesting. The Israeli naval forces cannot boast of a large number of ships, but if they are calculated and compared with the scale of the country, it is very significant. Three corvettes, a dozen missile boats, fifty patrol boats - well, you can do something like that in terms of coastal protection if something happens.

And here is an interesting point that some experts like Kyle Mizokami from The National Interest draw attention to.

The German side has agreed to build three more Dolphin-class submarines. And this fact brings a very interesting nuance to the balance of power in the Mediterranean and the Middle East. 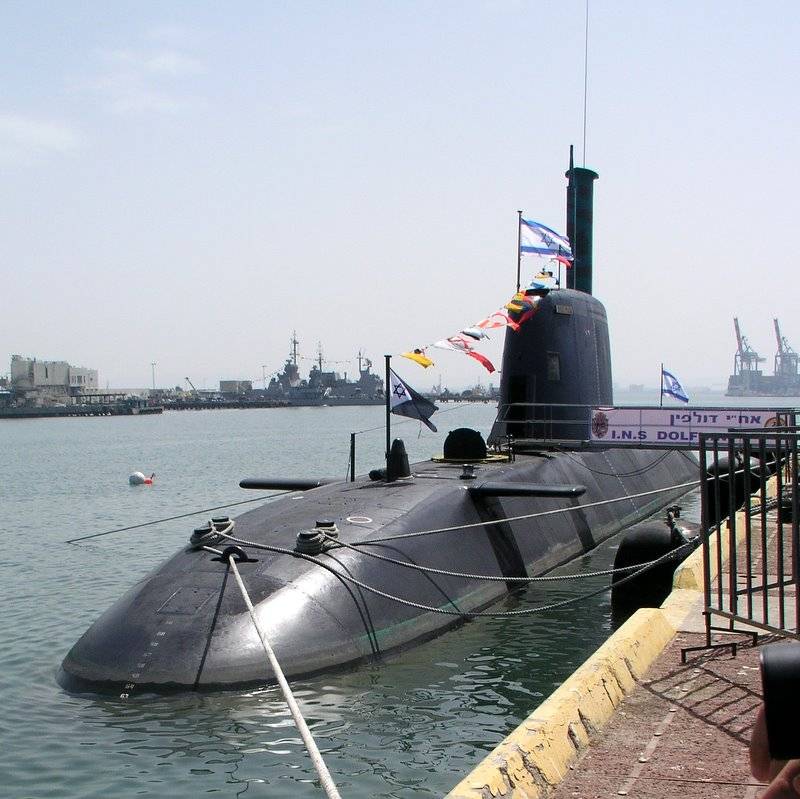 It is generally accepted that the most tenacious branch of the nuclear triad in those countries that possess this weaponsis usually a naval component consisting of nuclear submarines. Submarines can calmly stay in positions deep in the ocean for weeks or even months, virtually out of sight, just waiting for an order to strike the enemy.

A very good deterrent as it guarantees a retaliatory strike.

The Mediterranean Sea for nuclear submarines is not the best water area, but Israel does not have nuclear boats. But there are diesel-electric ones, which the Israeli side is playing as a good trump card, in full.

What are "Dolphins" and why are they talking about again? 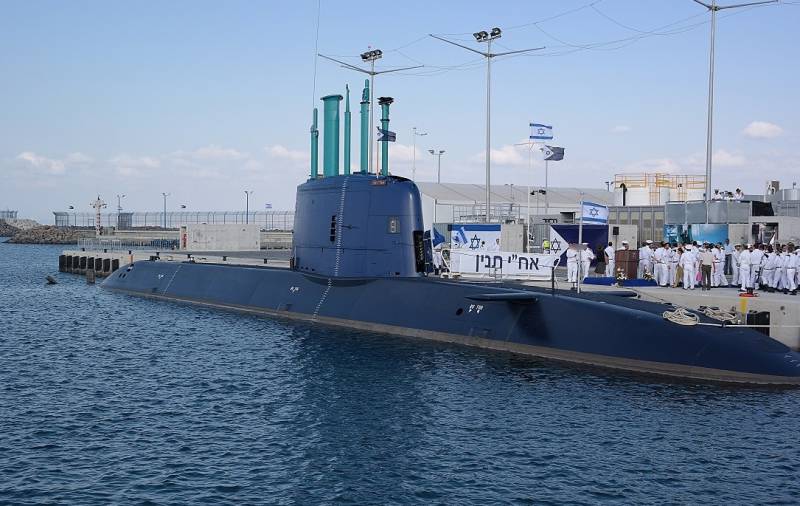 The first three boats were built in the nineties, but they got into operation only at the turn of 1999-2000. These are Dolphin, Leviathan and Tekuma. These are boats of the first generation of "Dolphins", and to what extent they could be carriers of nuclear weapons, which, it seems, Israel does not have.

In fact, with nuclear weapons at Israel's disposal, things are quite peculiar. "We do not have it. Not at all. But if we are talking about the existence of the State of Israel itself and its people, then we will apply it. " This is to summarize all the evasive answers of the Israeli side.

We are of the opinion that Israel has nuclear weapons. And here further consideration of the situation with submarines will proceed in this vein.

The Dolphin is a series of German diesel-electric submarines also known as the Type 800. This is a modification of the Type 212 submarine specially made for Israel. 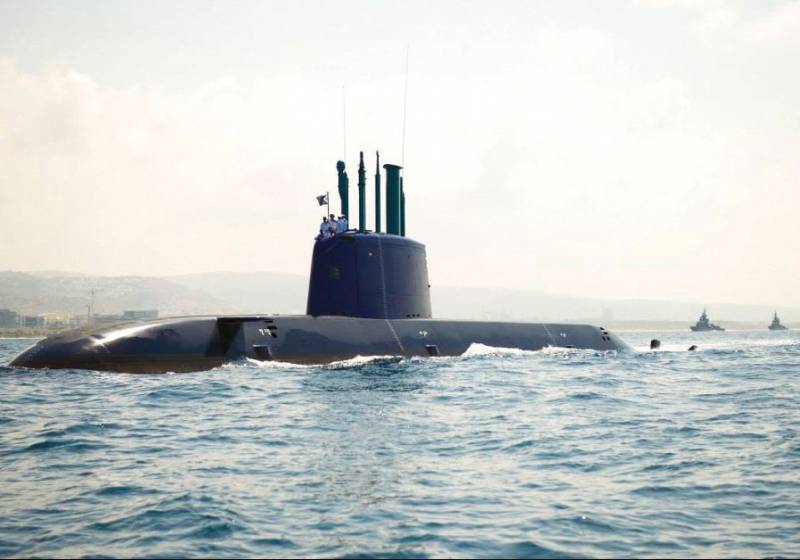 Two boats of the second generation ("Tanin" and "Rahav") have an air-independent power plant, which, as you understand, increases both the stealth and autonomy of the boat. The cruising range of the "dolphin" with VNEU is estimated at 8 miles on the surface and 000 miles underwater.

Naturally, the boats are equipped according to the first class in terms of onboard electronics: Israeli Elta radars, Elbit reconnaissance systems and German sonars from Atlas Electronics.

But the main "highlight" is weapons. More precisely, torpedo tubes and what can be charged in them.

Ten torpedo tubes. Six are standard caliber 533 mm, and four caliber 650 mm (Israelis claim that all 10 are 533 mm, but we believe the Germans). The torpedo tubes are equipped with hydromechanical ejection devices for the forced ejection of underwater-based Harpoon anti-ship missiles and mines, the torpedoes usually exit the vehicles themselves. Standard ammunition consists of 16 torpedoes and 5 missiles.

By the way, Israel acquired the most advanced torpedoes - the German SeaHake mod.4ER, with a range of up to 140 km. 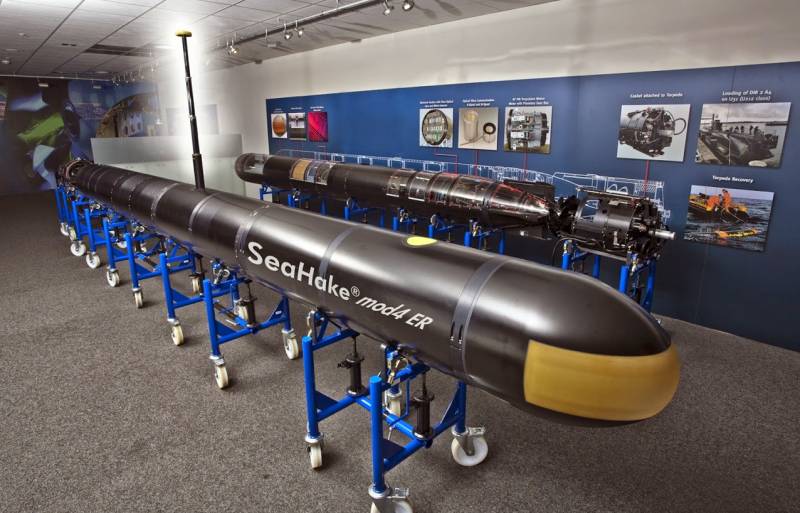 However, we are not interested in 650-mm devices as gateways. Because besides combat swimmers, you can release something more interesting and weighty through them. For example, a cruise missile. And it may not be the anti-ship UGM-84 "Harpoon" for underwater launch, but, for example, Gabriel MkЗ. Or LORA. 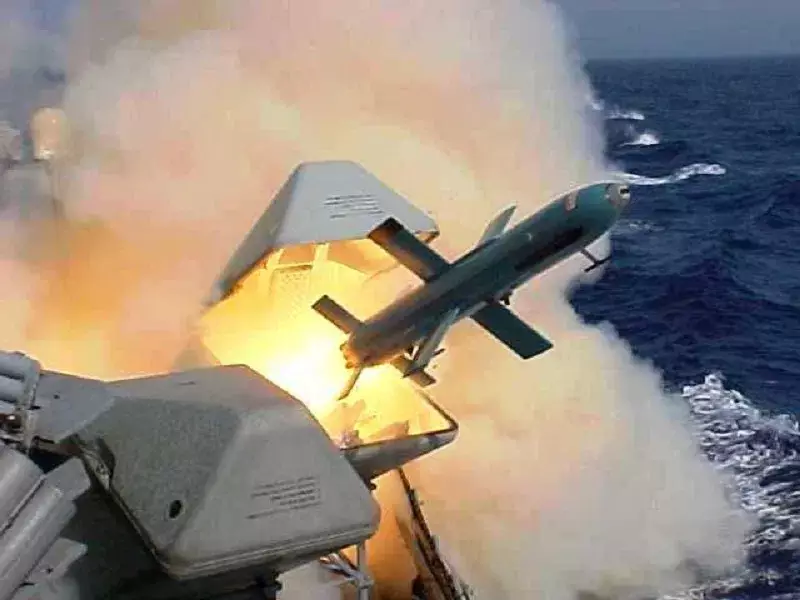 RCC "Gabriel"
Although, it is worth paying tribute to the Israeli engineers, they can easily afford to remake anything for their needs, even the same "Harpoon". And there is no doubt about it, they know how.

According to experts, the Gabriel and Harpoon are quite suitable for the delivery of a tactical nuclear charge with a capacity of about 200 kilotons. But even half the figure is already a reason for thought.

Naturally, there is no direct data on this score. True, in 2000, US intelligence detected a missile launch ... Again, the fact that the missile flew, according to American experts, more than 900 miles, does not make it Israeli, does it?

900 miles is a pretty good number, though. This can be reached even as far as Tehran, the modern stronghold of anti-Israeli motives in the Middle East.

Today Israel has three submarines capable of stealthily entering a strike position and launching such a missile at targets in Iran or Turkey.

And thanks to German shipbuilders, there will be six of them in Kiel.

Firstly, this will make it possible to replace three boats of the first generation, and secondly, six submarines, each of which can spend up to three weeks under water without surfacing, is quiet and carries cruise missiles with nuclear warheads on board, capable of flying up to a thousand kilometers - is this not quite a decent means of deterring any aggression directed at the country?

Yes, the creation of a series of Jericho-3 missiles, which is capable of a minimum flight of 6 km, and according to some sources, the maximum missile range can be up to 500 km, also from the same opera.

The Israeli side claims that Jericho-3 is exclusively a launch vehicle for launching satellites into orbit, but ... but only recently we celebrated 60 years from the beginning of the space era and we do not need to refresh our memory than the first (the second and third) satellites and ships.

Jericho is quite capable of delivering a nuclear charge over a fairly decent distance. The first component of the normal nuclear triad. Tried and tested.

F-15I Ra'am, 18 of those in service with the Israeli Air Force are equipped with containers for the same "Gabriels" - the second component. 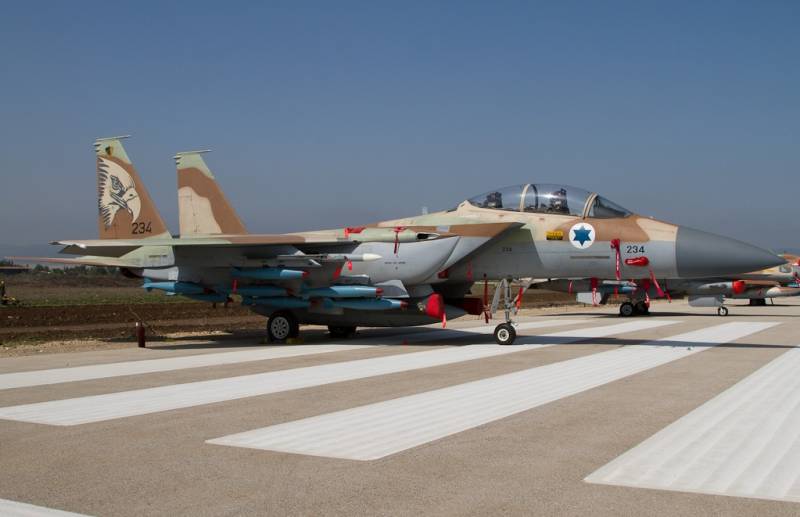 Well, as a country that normally cares about its security, Israel could not pass by not creating a third component - the sea.

Given that various sources (including the Russian Foreign Intelligence Service) agree that Israel may have from 150 to 200 nuclear warheads, this figure is more than enough to equip all three components of the deterrence triad.

"Jericho" is capable of carrying 2-3 blocks of charges, its carrying capacity of 750 kg allows it. There is no data on the number of "Jericho" of the third generation, but if Israel needs it, there will definitely be missiles.

The F-15 is capable of carrying two Gabriel-class missiles. That is, 36 pieces.
The Dolphin will be able to take on board at least 5 missiles with special ammunition. 30 charges.

In general, it turns out that with the entry into service of the Dolphin-class submarines, Israel becomes the owner of a full-fledged nuclear deterrent triad.

Given the presence of "friends" in the region, Israel can be justified in creating a full-fledged nuclear deterrent. Another question is whether this will bring calmness and stability to the region?

Especially considering the ambitions of some countries, like Turkey and Iran, that do not possess nuclear weapons, but claim to be the leader in the region.

And here there can be a wide variety of layouts.

As an example, it is worth recalling the war in the Persian Gulf in 1991, when Israel had nothing to do with it, in the conflict between Iraq and the coalition for Kuwait, the Iraqi military, taking advantage of the opportunity, sent four dozen Soviet-made R-17 missiles to Israel, according to the classification NATO SS-1c "Scud B" and "El Hussein", that is, the same "Scuds", but of Iraqi production.

In our case, Israel is taking another step towards becoming one of the key players in the region. The fact that it is unlikely to please other players, you don't even have to wang. Especially Iran.

But here, alas, there is nothing to be done. The means of deterrence are simply required to have maximum flexibility and survivability, especially in a country with such a meager territory.