"We entered the war a year before it ended": Controversy arose in the United States over the opening of the World War I memorial 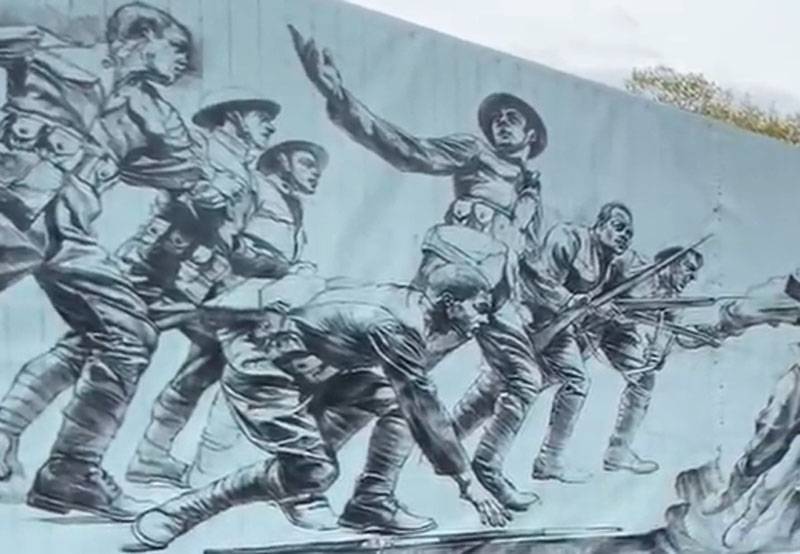 In the United States, controversy has arisen over the opening of a new memorial to the First World War. The central figure of the memorial in Washington is the monument to General John Pershing, who commanded the American expeditionary forces in Europe. Earlier, the park itself, where the memorial was opened, bore the name of the general. It is now called the World War I Memorial.


US President Joe Biden took part in the opening ceremony of the new memorial in a virtual version.

There are several reasons for the controversy over the opening of the memorial. The first of these concerns the personality of the aforementioned General Pershing. US citizens of Latin American roots called the preservation of the John Pershing monument a "shame" and a "blow to multiculturalism." 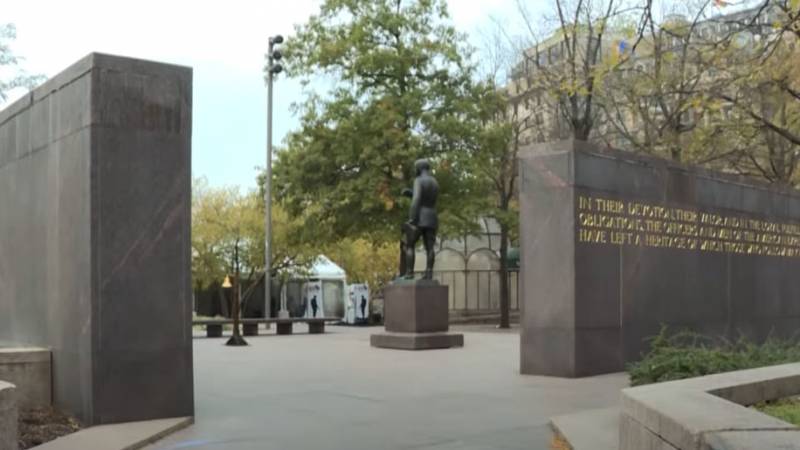 The fact is that before going to Europe to command the American expeditionary forces, this person managed to take part (including in command positions) in a number of other wars and conflicts. So, in January 1914, John Pershing was appointed commander of the 8th American Brigade, which later took the most direct part in the punitive operation of US troops in Mexico. In American historiography, this conflict is called the Frontier War or the Pershing Expedition. The reason for the invasion of Mexico was the incident in the city of Columbus. The then American authorities accused Mexico of the attack on this settlement in the state of New Mexico. At the same time, the United States itself does not like to recall that initially the conflict flared up due to the financial interest of large American business in Mexican assets.

Now representatives of the Latin American population are calling on the US authorities to remove the Pershing monument, calling him a "colonist general." In addition, it was noted that the presence of a monument to this person could provoke an increase in tension in the States, where a fight against monuments has been unfolding in the past few months. As you know, even the monuments to Christopher Columbus were damaged.

Against this background, conservative Americans accused the country's authorities of following the lead of those who want to “forget history USA". It is indicated that the authorities should not have changed the name of the Pershing Park.

The second reason for the heated discussion of the opening of the new memorial is related to the statements of Joe Biden. The President of the United States at the ceremony said that the Great War (as the United States often calls the First World War), "changed America's perception of ourselves and changed the American place in the world." 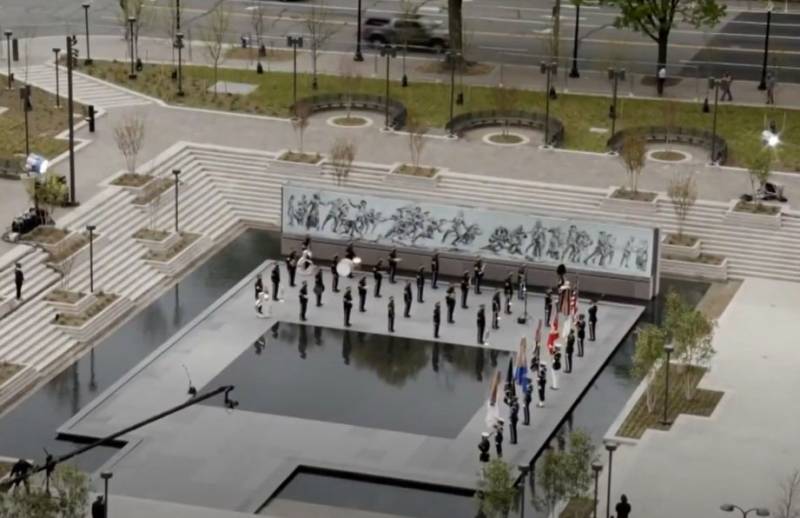 We have shown that we are ready to fight and die for freedom and democracy.
This statement has been criticized for one simple fact: the United States remained neutral in WWI until April 1917. The official entry into the war of the United States took place on April 6, 1917, and the real entry into hostilities took place in the fall of 1917, when the war itself was already entering its final phase.

More than 100 years have passed, but the legacy and courage of those heroes who went to war, and the values ​​for which they fought, still live in our country.
It turns out that until the fall of 1917, the United States was not particularly interested in freedom and democracy in Europe?

From the comments of ordinary Americans:

We entered the war a year before it ended. A strange decision when it comes to protecting democracy.
Memorials, memorable places are good. But in this case, everything is controversial.
According to official US figures, the United States lost 116516 people during World War I. At the same time, the total number of American participants in WWI, again, according to official data from Washington, is 4,7 million.

Ctrl Enter
Noticed oshЫbku Highlight text and press. Ctrl + Enter
We are
Summary of the week from voenkor Mag about events in the DNI and LC 21.04.18 - 27.04.18Summary of events in the DPR and LPR for 14.04.18 - 20.04.18 from the military commissar "Mag"
Military Reviewin Yandex News
Military Reviewin Google News
30 comments
Information
Dear reader, to leave comments on the publication, you must sign in.