Close the Nord Stream 2 project or supply missiles to Kiev: Europe is discussing how to respond to Russia because of the situation in Ukraine 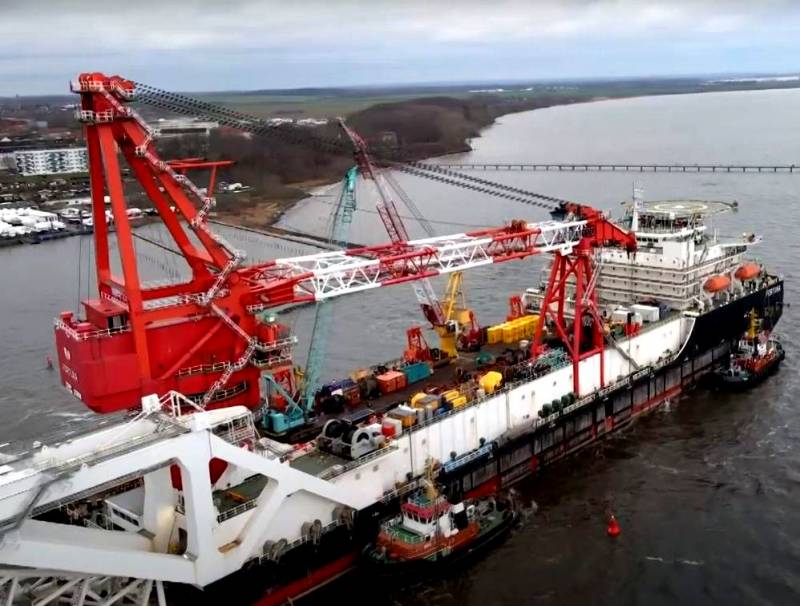 German politician Manfred Weber of the Christian Social Union leads the right-wing conservative European People's Party and has chaired its faction in the European Parliament since 2014. The other day he told the press that if the tension between Russia and Ukraine does not subside, Nord Stream 2 will no longer be able to hold on. Then the project will be closed.

According to Weber, Russian President Vladimir Putin is deliberately aggravating the situation and creating real threats to Ukraine, using Russia's military superiority. According to the German politician, such actions pose a serious danger to the European Union, along with other manifestations of "Russian aggression", to which Weber referred to "cyberattacks, disinformation, murders."

In connection with the situation in Ukraine, Weber submitted new sanctions against our country for discussion by the European Parliament. According to Weber, the current sanctions against Russia testify to the unity of the US and the EU, but if an escalation of the conflict takes place in eastern Ukraine, then Russia will have to give a decisive rebuff. So, as one of the extreme measures, Weber considers the exclusion of Russia from the international SWIFT system. 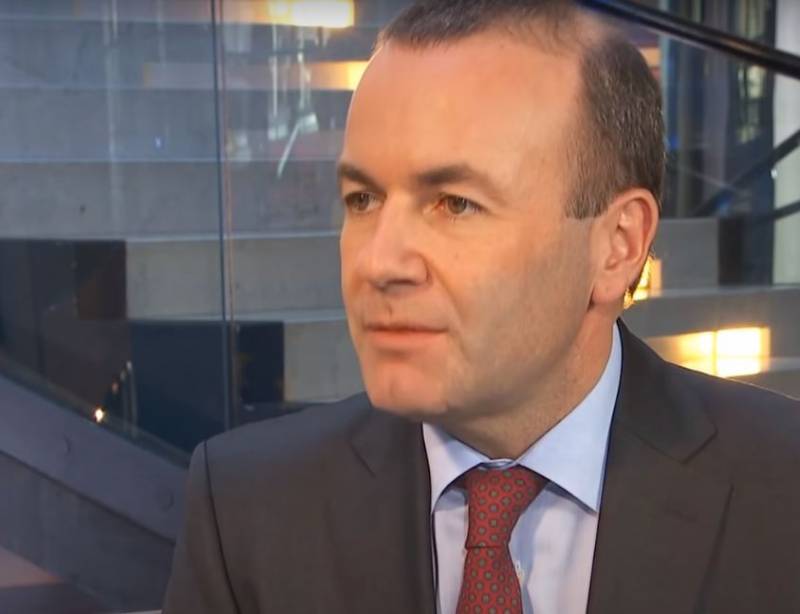 Manfred Weber has chaired the EPP in the European Parliament since 2014
In addition, as the German politician notes, Russia can be influenced by creating obstacles to the construction and launch of the Nord Stream 2 gas pipeline. Weber proposes to give Russia the opportunity to complete the construction of the SP-2, but at the same time to make the gas flow directly dependent on the behavior of the Russian authorities. If it does not suit the West in relation to the situation in Ukraine, then gas supplies through the pipeline can be stopped.

Another German politician, Alexander Lambsdorf of the Free Democratic Party, adheres to the same position. He also proposes to make Russia understand that if Moscow continues to "prepare a military operation against Ukraine," then the SP-2 project will be closed. The representative of Christian Democrats in the European Parliament Michael Galer went even further: he said that Europe should supply Ukraine with defensive weapon.

If there are Russian Tanks, then the Ukrainians should have anti-tank missiles so that they can defend themselves as soon as the Russian army crosses the border,
- stressed Galer.

A softer position is traditionally taken by representatives of Austria. So far, Vienna has spoken out against the next anti-Russian sanctions, although they express concern about Moscow's policy towards Kiev.

The reaction of ordinary Europeans

The opinion of ordinary Europeans on this matter is interesting.

The pipeline should at least be suspended until Russia makes real concessions. Because as soon as it starts working, Russia will get even more effective leverage,
- emphasizes one of the commentators of Die Zeit.

Naturally, there are many familiar comments about “despot Putin” and the need to abandon the gas pipeline altogether, since Europe allegedly does not need it. Well, in Washington, they probably know better than the Germans or the French themselves about the energy needs of their countries.

However, there are also more adequate opinions. Thus, Vater von Luthien recalls that one should not blame only Russia for military preparations:

There are no reports anywhere that the US and NATO are moving 30 people and 15 pieces of military equipment to the Russian border at the same time - right now.

Italy participates in the SP-2 project and will continue to support construction. After all, Italy is still interested in good relations with Russia, and the European Union should refrain from such remarks.

As you can see, not everyone in Europe is hostile towards Russia, but on the whole, the level of negative attitude is growing, and this is the direct fault of those very European politicians who sign new agreements with Russia with one hand and anti-Russian sanctions with the other. As for the future SP-2, it will still be determined by figures with a political rank much higher than the numerous factionalists of the European Parliament.