The launching dates of the regular Poseidon carrier were postponed 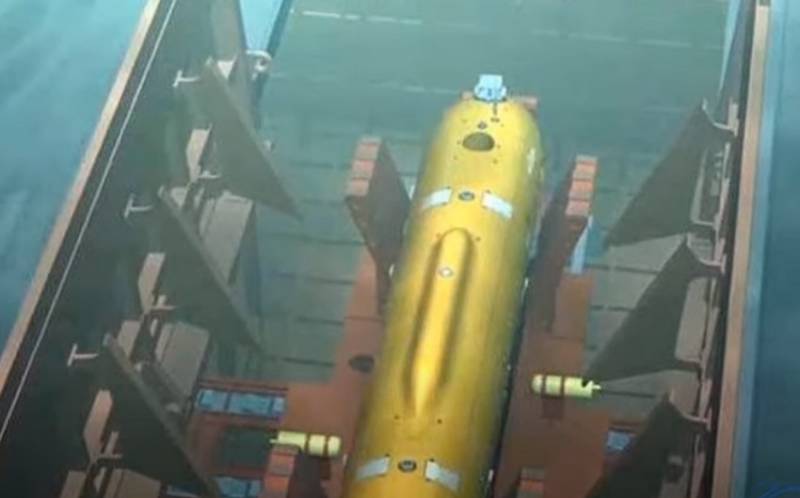 The launching of the standard carrier of the Poseidon unmanned underwater vehicles - the Project 09851 Khabarovsk nuclear submarine - is postponed again, now to the fall. It is reported by TASS with reference to a source in the DIC.


The launching of the Khabarovsk nuclear submarine has been postponed again, a source in the OPK said. The autumn of this year was named new terms, without specifying specific dates. The source did not name the reason for the postponement of the ceremony for several months. Earlier, the launch of the "Khabarovsk" was planned in May, but this is also according to the source. Traditionally, Sevmash news do not comment, so there is no official information.

In general, the construction of a regular carrier of Poseidon nuclear drones is surrounded by secrecy, as it should be. The press is content with either official statements or rumors. At the moment, there is information that after launching and completion afloat, "Khabarovsk" will go out for tests, which will take at least two years.

Since there are no technical details of the project, it is assumed that the Khabarovsk nuclear submarine of project 09851 will be able to carry six Poseidons on board. He will become a regular carrier of nuclear marine drones.

At present, there are three Poseidon submarines at various stages of construction - the experimental carrier Belgorod, the regular carrier Khabarovsk and the first serial Ulyanovsk. The first to enter the Navy will be the nuclear submarine Belgorod, a former Project 949A Antey submarine. The date of commissioning "Khabarovsk" has not yet been announced. As for the third "Ulyanovsk", everything is also hidden in fog. According to the plans of the Ministry of Defense, it should be operational by 2027.
Ctrl Enter
Noticed oshЫbku Highlight text and press. Ctrl + Enter
We are
The timeline for launching the Poseidon carrier - the nuclear submarine Khabarovsk became knownThe terms of launching the regular carrier "Poseidons"
Military Reviewin Yandex News
Military Reviewin Google News
75 comments
Ad