The Embassy of the Czech Republic was left practically without employees: In Prague, they were outraged by the response of Russia 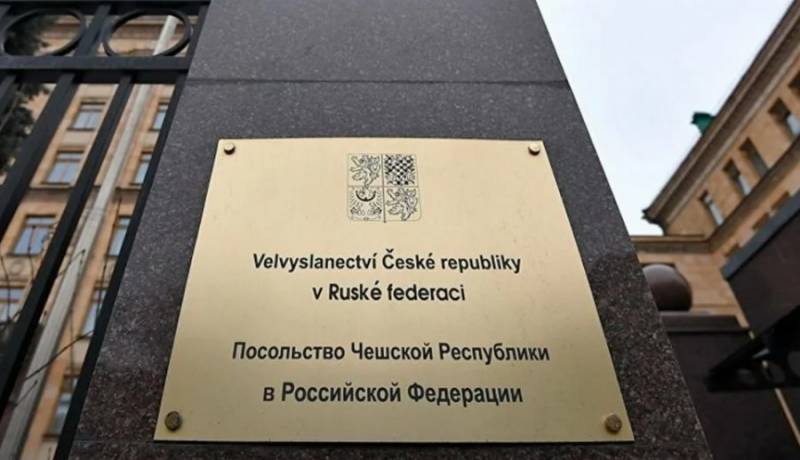 Moscow left the Czech embassy with practically no diplomatic staff. After twenty Czech diplomats have been declared persona non grata, only five employees will remain in it.

In Prague, they were outraged by the actions of Moscow. As it is, they gave them 48 hours, but here only 24. And in the number of deportees, Russia "surpassed" the Czech Republic. After the departure of twenty employees of the embassy, ​​only five diplomats will remain in it. A joke is already circulating on the Web, they say, it was necessary to expel the entire Czech embassy and leave one watchman.

Note that the Russian Foreign Ministry has been acting quickly and decisively lately. The United States imposed sanctions and immediately received a "response", and even a weighty one. In Poland, following the example of the owners, they expelled three Russian diplomats and immediately went to the airport to meet five of their own, expelled from Russia.

Meanwhile, the Czech Republic continues to promote stories with an allegedly Russian-organized explosion at military depots in Moravia in 2014. In Prague, they decided to add Bulgaria to this business. According to the new version, Russian intelligence was supposed to detonate the ammunition after they reach a neighboring country. Either the hand of Petrov and Boshirov trembled, or the mine was of the wrong quality, but on Saturday they were put on the wanted list in the Czech Republic.
Ctrl Enter
Noticed oshЫbku Highlight text and press. Ctrl + Enter
We are
Russia mirrored the expulsion of its diplomats from GermanyDecember 2010 years. Russian March. Senseless and merciless? Notes not a Russian person
Military Reviewin Yandex News
Military Reviewin Google News
189 comments
Information
Dear reader, to leave comments on the publication, you must sign in.