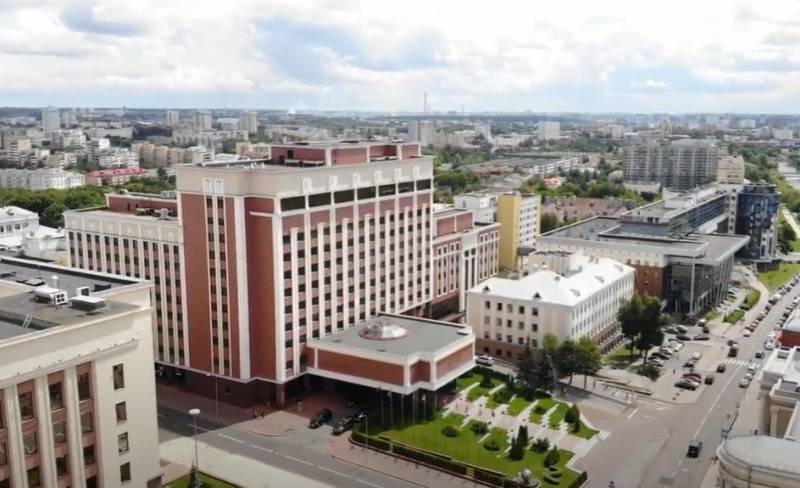 President-hotel, which hosted meetings in the Minsk format

The Belarusian Security Council commented on the Ukrainian plans to abandon Minsk as a platform for discussing the settlement of the situation in Donbass. As a reminder, representatives of the Ukrainian delegation to the Trilateral Contact Group (TCG) stated that “we need to look for another platform”. So, Leonid Kravchuk suggested holding negotiations in "neutral Poland" instead of Minsk. And representatives of the Lugansk and Donetsk people's republics will no longer be able to come to Poland for negotiations.

It was noted that Belarus is ready to assist in the settlement of the conflict in any format.

According to him, Belarus, in spite of everything, "is ready in any format to take part in the settlement of the emerging and aggravated conflict situation."

It should be recalled that earlier in Russia they commented on Kravchuk's idea of ​​transferring the negotiating platform from Minsk to Poland. The statement about Poland as a "neutral" country was noted with surprise. If a country is not ready to admit one of the parties to the negotiations, then what is its neutrality?
Ctrl Enter
Noticed oshЫbku Highlight text and press. Ctrl + Enter
We are
Reports from the militia of New Russia for 27-28 September 2014 of the yearYuri Drozdov: Russia prepared the role of the sacrificial calf
Military Reviewin Yandex News
Military Reviewin Google News
16 comments
Ad