Moscow's countermeasures have derailed NATO's anti-submarine defense concept in the Black Sea theater of operations. On the eve of the big pick 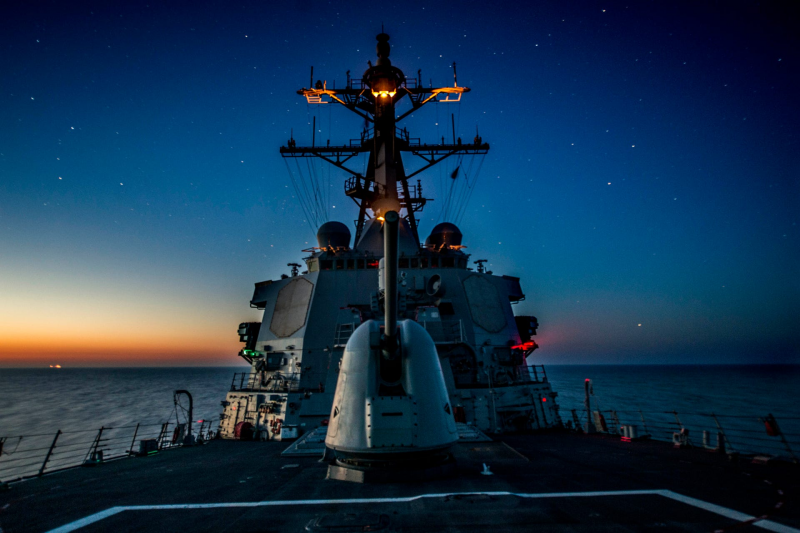 As shown by a cursory review of the outbreak of the operational-strategic, military-political and diplomatic confrontation between the Russian Federation and the member states of the North Atlantic Alliance, the “mirror” countermeasures announced by the Russian Foreign Ministry and Moscow hastily implemented “mirror” countermeasures in response to the next US “sanctions package” that came into force became a matter of deep concern not only for the State Department, the current administration of the 46th US President Joe Biden and the Pentagon.


Representatives of the defense departments of key Western European states - allies of Washington, integrated into the structure of the NATO Joint Command and using their naval forces as the primary instrument of military-political pressure in various operational areas of the European theater of military operations - were seriously alarmed.

It is precisely this conclusion that can be reached after evaluating the statements of representatives of the US State Department, as well as the foreign ministries of Western European states, regarding the response measures developed by the Russian side.

Indeed, the mirror expulsion of 10 employees of the American diplomatic corps from Russia, the introduction of significant administrative and technical restrictions on the interaction of the representatives of the State Department who have retained their posts with the citizens of our state, as well as the termination of the activities of American foundations and non-governmental organizations found in an attempt to influence the internal political circuit of the Russian Federation (in the light of voiced by the Deputy Foreign Minister of the Russian Federation Sergei Ryabkov, Moscow's readiness to protect the Russian-speaking population of the "square" and the formation of the most powerful mixed military groupings in the Baltic and Azov-Black Sea operational directions), finally dispelled stereotypes of the military-political "toothlessness" in the Western European and American establishment.

The most piquant step of Moscow in the observed operational-strategic dive was the introduction of a ban on the movement (operation) of foreign warships and merchant ships in vast sectors of the Black Sea water area adjacent to the territorial sea of ​​Russia in the regions of the Republic of Crimea and Krasnodar Territory, as well as on the Kerch strait (with the provision of transit through the Kerch-Yenikalsky canal only to merchant ships bound for the ports of Rostov-on-Don, Taganrog, Mariupol and Berdyansk).

Despite the fact that the introduced restriction does not formally have anything to do with Moscow's response "sanctions package" (not included in the list of its items) and is argued by the conduct of comprehensive and large-scale naval exercises in the exclusive economic zone of the Russian Federation, the indirect relationship between the data events are more than obvious.

And we are not talking here about the traditional "muscle flexing" in front of the Pentagon and the command of the NATO Joint Navy.

And about the full-fledged operation of the Black Sea fleet The Russian Navy and the Coast Guard of the Border Guard Service of the FSB of Russia to partially "stop" the deployment of the anti-submarine component of the NATO Allied Naval Forces in the alleged areas of combat duty with improved low-noise diesel-electric submarines, project 636.3 "Varshavyanka".

In particular, having an acoustic noise level of the order of 35-40 dB in the "sneaking" mode, submarines of this class can boast of the ability to hide their location from the most advanced and widespread in the US Navy directional passive radio acoustic buoys (RSB) AN / SSQ-53D / E ( are an integral component of the sighting and search systems of anti-submarine aircraft P-8A "Poseidon") even within the near zone of acoustic illumination (convergence), which is about 5 km.

This ability of Project 636.3 submarines was once again confirmed by the crew of the Rostov-on-Don diesel-electric submarine during the inter-fleet passage from Kronstadt to the Eastern Mediterranean, when several long-range US Navy P-8A anti-submarine aircraft were simultaneously raised to monitor the underwater space for presence “Varshavyanka” that suddenly switched to underwater mode with the use of gas analyzers, magnetic anomaly sensors and sonar buoys.

All attempts to track the acoustic noise of the ultra-low-noise "Rostov-on-Don" were in vain. And this despite the fact that the hydrological situation at the moment was acceptable.

Consequently, the flights of Poseidons along the Black Sea coast of the Republic of Crimea do not guarantee the US Navy and NATO Naval Forces commands to receive comprehensive information on the location of all 6 diesel-electric submarines pr. 636.3 of the 4th separate submarine brigade of the Black Sea Fleet before the likely implementation of the escalation scenario in the region.

A much wider range of information on the probable location of our submarines could be provided by the powerful in-hull sonar stations AN / SQS-53C, which are part of the architecture of the AN / SQQ-89 (V) sonar systems of 15 Arleigh Burke-class destroyers and are many times more highly sensitive ( rather than RSL hydrophones) phased acoustic arrays based on several hundred highly sensitive hydrophones.

The range of direction finding of the Varshavyanka noises in the "sneaking" mode by means of the above-mentioned GAS can be about 15 km under normal hydrological conditions.

Meanwhile, to the great happiness, the command of the Black Sea Fleet of the Russian Navy and the BOKHR played ahead of the curve.

And they blocked access to critical sectors of our exclusive economic zone, automatically excluding the possibility of deploying URO destroyers "Arleigh Burke" at a distance of effective functioning of the AN / SQS-53C sonar stations.

Ctrl Enter
Noticed oshЫbku Highlight text and press. Ctrl + Enter
We are
Victory is achieved not only by bombing.Situational analysis of the death of the MH17 flight (Malaysian Boeing 777), made on the basis of engineering analysis from 15.08.2014
Military Reviewin Yandex News
Military Reviewin Google News
36 comments
Ad