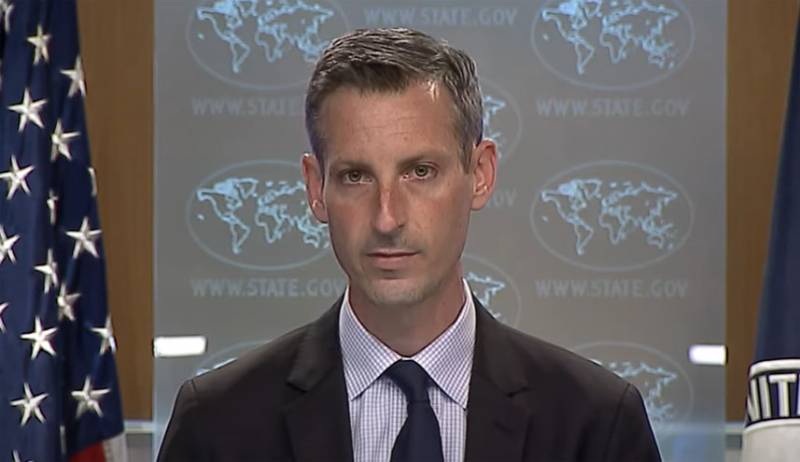 The American Foreign Ministry commented on the accusations of measures to prepare for an attempt on the life of the President of Belarus and his sons. Let us remind you that Alexander Lukashenko announced the attempt on the life of the American special services, adding that foreign forces were also preparing an anti-constitutional coup in the republic. The KGB RB reported the arrest of a group of persons whom foreign states planned to use for criminal purposes. The FSB of the Russian Federation also reported the arrest of two likely participants in the preparation of an armed mutiny in the Republic of Belarus. Among those detained in Moscow, one has dual citizenship (including US citizenship).


The US Department of State announced that the statements about the attempt to stage the assassination of Alexander Lukashenko are "an absolute lie."

A spokesman for the US State Department said that such accusations against the US intelligence services "have no reasonable basis."

Let's remind that, commenting on the situation with the attempt on his life, Alexander Lukashenko said that by such actions the United States crossed the "red line".

Now the answer is expected, which will follow from the official Minsk. Lukashenka noted that the answer "can be the harshest." The President of the Republic of Belarus also said that Vladimir Putin, in a telephone conversation with the President of the United States, raised the issue of the preparation of an assassination attempt by the American special services. According to Lukashenka, there was only “gurgling” from Biden in response.

Nobody will tolerate this further.
Ctrl Enter
Noticed oshЫbku Highlight text and press. Ctrl + Enter
We are
Reports from the militia of New Russia for 27-28 September 2014 of the yearYuri Drozdov: Russia prepared the role of the sacrificial calf
Military Reviewin Yandex News
Military Reviewin Google News
90 comments
Information
Dear reader, to leave comments on the publication, you must sign in.