Rafale, Gripen or F-15: which fighter will get Ukraine 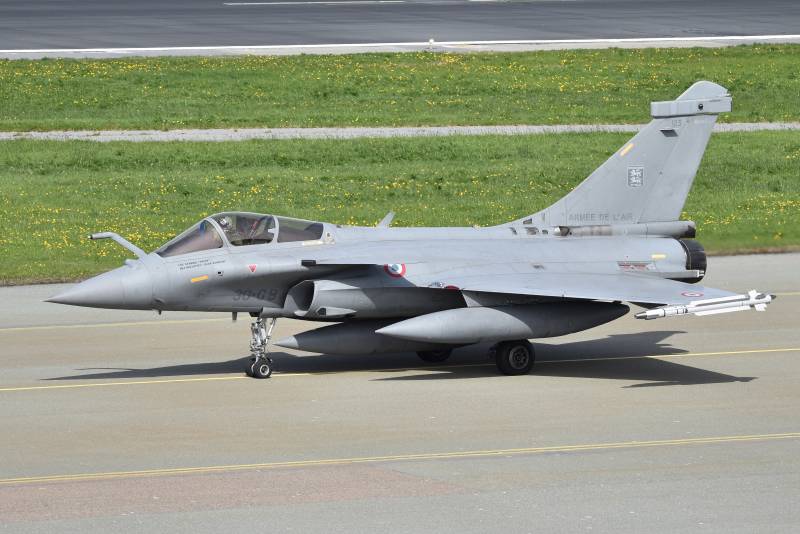 Park of the Soviet period

March was marked by an unpleasant incident for the Ukrainian Air Force: the captain of the Armed Forces of Ukraine rammed on a Volkswagen car a towed front-line fighter MiG-29 from the 40th tactical brigade aviation Air Force. As a result, the tail of the winged machine was engulfed in flames. It is noteworthy that the incident was widely discussed in the West: in particular, the famous publication The Drive wrote about it. The plane, as experts noted then, in all likelihood, cannot be restored. 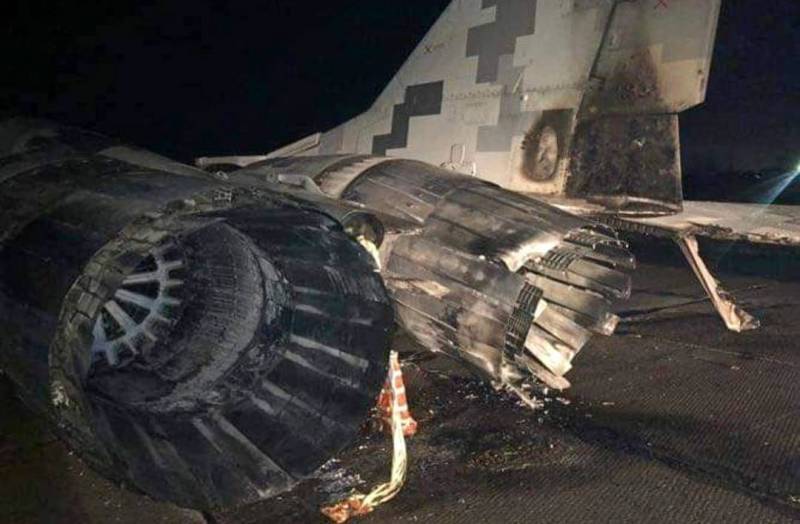 History the car, by the way, is quite indicative. It was built at the Moscow Aviation Production Association in 1990, in 1992 it went to Ukraine. The plane was based in Crimea: after 2014, the Russians returned it to the Ukrainian side. Subsequently, the aircraft was upgraded to the level of the MiG-29MU1 at the Lviv State Aviation Repair Plant.

You can dwell on this point in more detail. Ukroboronprom's statement on the transfer of one of the MiG-29MU1 to the military says:

"The modernization of the fighter has made it possible to increase the detection range of air targets, to increase the accuracy of the aircraft to a given point and to expand the possibilities for monitoring and recording the functional parameters of the technical condition of the aircraft, engines and a number of onboard systems."
According to data from open sources, the aircraft was equipped with a SN-3307 satellite navigation system receiver integrated into the avionics, replaced the N019-09 receiver unit of the N019 onboard radar and made a number of other improvements. Now it is possible to use medium-range air-to-air missiles R-27ER1 and R-27ET1. Products that are morally obsolete, but in all likelihood, Ukraine does not have anything more modern.

As in the case of the Su-27P1M and Su-27S1M, we are talking about a super-budget modernization, which is more like its imitation. Both the MiG-29MU1 and the Su-27-1M are all the same Soviet combat vehicles that refer us back to the 70s. At one time, Russia was engaged in such "modernization" in the case of the Su-27SM, but rather quickly realized the futility of the undertaking, directing resources to the purchase of new combat vehicles. 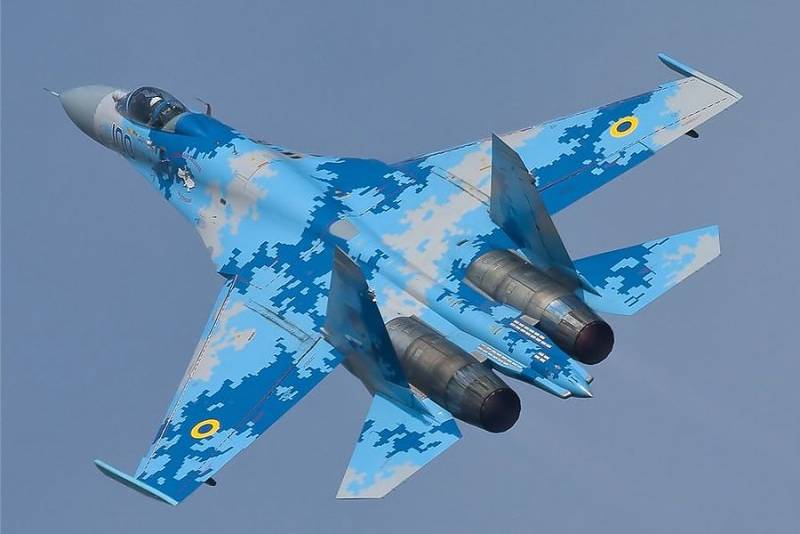 The Russian experience is not applicable to Ukraine. Firstly, the country does not have its own production of combat aircraft, except for military transport aviation. And secondly (and this is perhaps more important), there is no such income from energy trade. Statements of some Ukrainian journalists that “You can rearm the army by fighting corruption"Sound at least naive.

In a sense, the country is stumped by its politicians, because it makes no sense to use aircraft from the Cold War times in a war (even a local one), but money for modern weapon simply no.

Aviation is known to be not only very expensive, but also extremely time-sensitive. Even the famous American Hellfire can now be called "obsolete": that is why the United States is actively experimenting with the latest Israeli Spike NLOS missile system: recently, the AH-64E Apache hit a target at a distance of 32 km.

Will the West help?

Further modernization of the old Soviet technology is meaningless. Presumably, they understand this both in Ukraine and in the West. Moreover, the latter, paradoxically, are better aware of the dire situation. In March, the French edition of Intelligence Online wrote in the article “Race on between Rafale and FA-18 to replace Ukraine's MiG” that France is ready to offer Ukraine Dassault Rafale fighters. Allegedly, this will generally be the main topic of the agenda of the planned visit of French leader Emanuel Macron to Ukraine in the first half of 2021.

The bmpd blog quotes the following excerpt from Intelligence Online:

“The French President believes in Rafale's chances of winning in this former stronghold of Russian industry. Paris has an advantage: its commercial system already exists to support such a contract. " 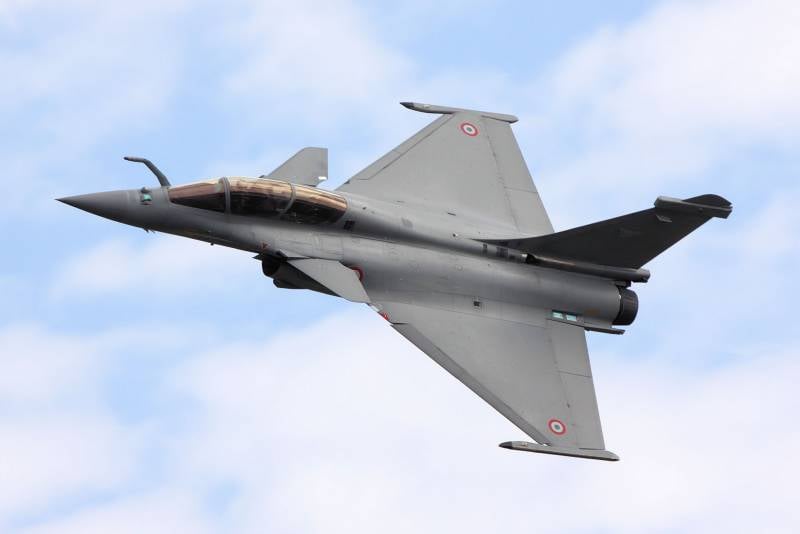 The first batch may include 6-12 vehicles with their delivery by the middle of the decade. It is noteworthy that these figures coincide with the plans of Ukraine itself for the initial rearmament of its Air Force. In total, according to the plan approved by the Ministry of Defense of Ukraine in 2020, by 2030 at least two Ukrainian aviation brigades of tactical aviation should be completely re-equipped with new winged aircraft.

By 2035, Ukrainian aviation should have:

To simplify as much as possible, then Ukraine wants to have 70-100 modern multipurpose vehicles instead of the "zoo" of MiG-29, Su-27, Su-24 and Su-25, including their modernized versions.

They want to allocate 200 billion hryvnias (553 billion rubles or 7,4 billion dollars) to re-equip tactical aviation. To understand the "seriousness" of the situation, suffice it to say that the total military expenditures for 2021 were planned at about 267 billion hryvnia. This amounts to almost 6% of GDP, which is definitely a lot.

In general, even with the naked eye, one can see the gap between plans and the real state of affairs. For even greater clarity, you can specify the price of one Dassault Rafale. With the supply of aircraft to India, the price for one aircraft was 240 (!) Million dollars. Specifically, in this case, a corruption component cannot be ruled out - but where are the guarantees that it will not be there when concluding a contract with Ukraine?

Let's talk about alternatives to French "help". The Swedish JAS 39E / F will cost less, but it is still a very expensive car with an AFAR radar and advanced technical characteristics against the background of the usual Saab JAS 39 Gripen. It is noteworthy that during a recent speech at a meeting of the Verkhovna Rada Committee on National Security, Defense and Intelligence, Air Force Commander Colonel-General Sergei Drozdov said that Ukraine wants to get ... F-35. The military, however, noted that this can be expected at the second stage of rearmament: the first involves the purchase of machines of the type of the aforementioned Gripen or F-15 (perhaps referring to its newest version - Eagle II). 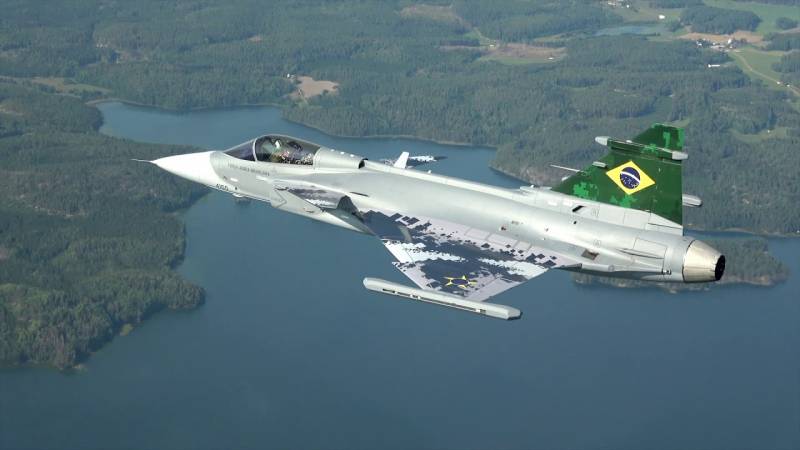 It is theoretically possible to purchase the Chinese Chengdu J-10, the export price of which, according to the media, is in the region of $ 40 million per unit.

In general, it must be admitted that the American and European aircraft are too expensive for Ukraine. And the rearmament of the country's air force, if it takes place, will be associated with the supply of equipment from "third" countries: Turkey (you can recall the famous Bayraktar-s) or China.