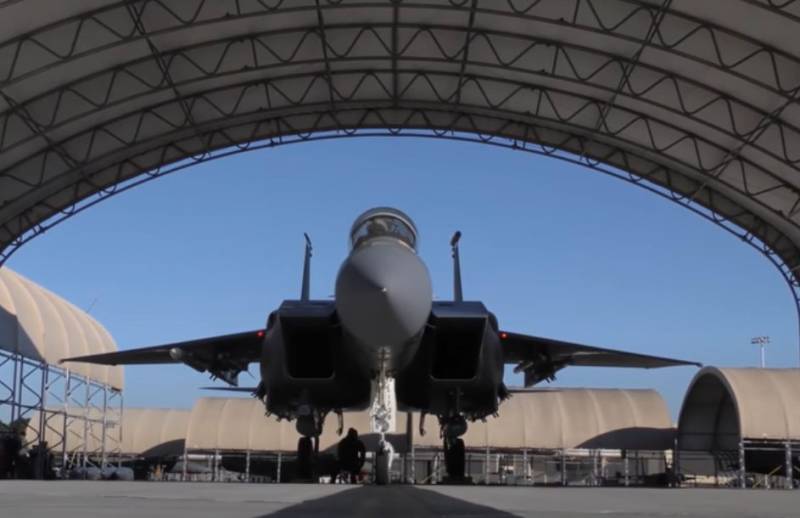 The American press reports about "unique" missile tests that were carried out by the US Air Force at the Eglin test site. Reports say that the tests involved an F-15 fighter that was lifted from Tyndall Air Force Base in Florida.


From reports coming from the United States Air Force:

According to some reports, a modification of the AIM-120D AMRAAM rocket was launched. Earlier it was reported that it can cover a distance to the target of 100 miles (about 161 km).

What is known about the air target

UAV BQM-167 "Skeeter" is equipped with a MicroTurbo Tri 60-5 + engine. It is capable of speeds up to 0,92 M (up to about 1,1 thousand km / h). The maximum flight altitude is 15 thousand meters. The drone is capable of intensive maneuvering - at overloads up to 9 g. At the same time, he can shoot heat traps - "distracting" the ammunition fired at him.

It is known that missile tests in the United States were carried out with the participation of servicemen from the 28th Test and Assessment Squadron and the 83rd Fighter Squadron. aviation air force squadrons. The reports say that the Air Force is working to increase the range of destruction of targets "to reduce the risks associated with the activities of enemy air defense."
Ctrl Enter
Noticed oshЫbku Highlight text and press. Ctrl + Enter
We are
Reports from the militia of New Russia for 27-28 September 2014 of the yearYuri Drozdov: Russia prepared the role of the sacrificial calf
Military Reviewin Yandex News
Military Reviewin Google News
64 comments
Information
Dear reader, to leave comments on the publication, you must sign in.