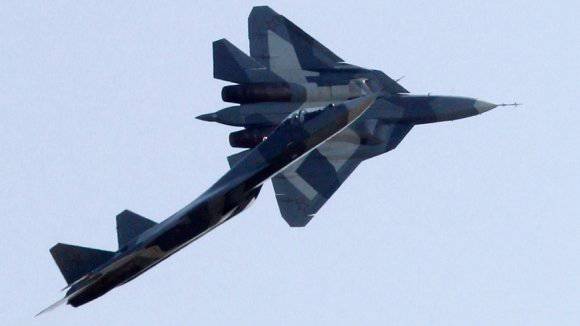 The Ministry of Industry and Trade needed an industrial technology for creating an electronic filling for the fifth-generation Russian fighter PAK FA (T-50). The department is ready to pay almost 68 million rubles for the development of integrated modular avionics (IMA) combat complexes. It is required to develop information and computing modules that are responsible for performing most of the processes: navigation, on-screen display, navigation, and many others - with the exception of primitive air conditioning and landing gear production.

In fact, the PAK FA is already ready, the first batch of aircraft should, according to the plans of the Ministry of Defense, get off the assembly line in 2015. Three prototypes of the machine are already undergoing flight test programs. Therefore, the Ministry of Industry and Trade requires industrial technology for manufacturing thin aviation electronics.

Most of the information about the characteristics of the T-50 is kept secret, it is only known that the aircraft meets the requirements for fifth-generation fighters: it develops a supersonic speed without switching on afterburner, has low radar visibility, maneuvers at significant overloads.

According to the tender documentation, the main task of the project is to move from a classic multi-machine computing system to an integrated one in accordance with the concept of an IMA.

- This is a rejection of the system in which each individual task is solved by a separate machine. A system is being implemented where many tasks can be performed on a single processor, ”explained Konstantin Egorov, a specialist in modular avionics, head of the laboratory at the Aviation Systems Research Institute to Izvestia.

Egorov says that this technology is being actively introduced into civil aviation and, obviously, should be present in military aircraft building. IMA is less expensive than the classical system, and at the same time can provide greater productivity. Each process gets its own priority level, the most critical ones are executed first, so the system is protected from “freezing”.

If the transition to the IMA does not happen in T-50, it will affect the entire industry, because the creation of this fighter is one of the main incentives for the development of the military-industrial complex of Russia, the tender documentation says. The global aviation industry has already switched to a new integrated avionics system more than ten years ago.

- Preservation of the classical scheme will increase the backlog from world practice and finally make the domestic aviation industry uncompetitive, the authors of the technical task predict.

“This is indeed a serious step forward for domestic avionics,” agrees Ilya Klabukov, an expert in defense research and a senior researcher at MIPT. - From the point of view of improving military equipment and increasing the level of the country's defense, the declared program does not cause objections.

At the same time, experts advise to pay attention to the technical requirements for the systems to be developed for the fighter. In their opinion, equipment with the stated characteristics can hardly provide Russia with technological superiority.

“The approach to its development is similar to the Lego designer and the obsessive idea of ​​catching up with Lockheed Martin (the company specializing in the field of aircraft engineering, Izvestia), and not the technology of combat superiority, Klabukov complains. - The standards of the American company ARINC and the VITA Association are taken as the basis for creating the system, as if avionics are being designed not for the PAK FA, but for the export Sukhoi Superjet.

Klabukov assumes that the on-board digital computer will
assembled from modified processor modules developed by CJSC “MCST”. In his opinion, domestic microcircuits are quite suitable for military equipment: for a fighter, military and space products are required, where reliability is important. Even if you wanted to use foreign chips, nothing would have come of this idea, for this, Russia would have to either join NATO or take possession of technology fraudulently. It is unlikely that any of the leading manufacturers of this equipment will sell chips to Russia for the construction of a fighter.