Export of ships from the times of the USSR 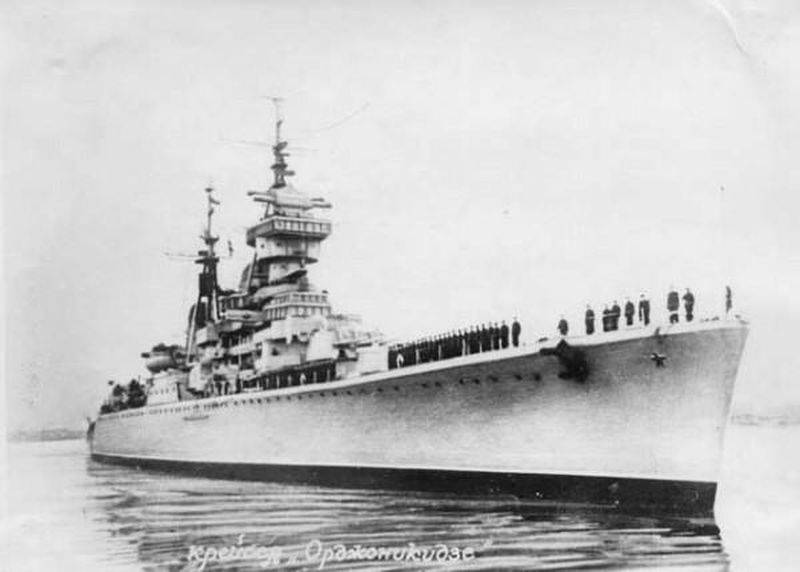 The export of Soviet ships can be divided into several groups - the sale of ships already in use by the USSR Navy, the sale of new ships of projects developed for our fleet (slightly modified versions with weakened characteristics), and the sale of ships of export projects (there were some). It must be said here that the export of high-tech weapons (and warships undoubtedly are) is a very profitable business and allows you to partially recoup the costs of your ships. In addition, they tie the buyer to you for years and decades. These are repairs, upgrades, and purchases of spare parts and ammunition, but ...


But for the USSR, the peculiarity was that our economy was rigidly tied to politics. And the atmosphere of the Cold War interfered with trade. It is clear that NATO was extremely disapproving of attempts by countries in its sphere of influence to buy Soviet weapons. In addition, there was a socialist camp, where the ships went either on debt or completely free of charge. However, on credit it was also free. In this case, the vast majority of these debts were eventually written off. It is important. This must be taken into account. Simply because, unlike the trade in ships, their free distribution and the same free service were unprofitable, although they had some political benefits. 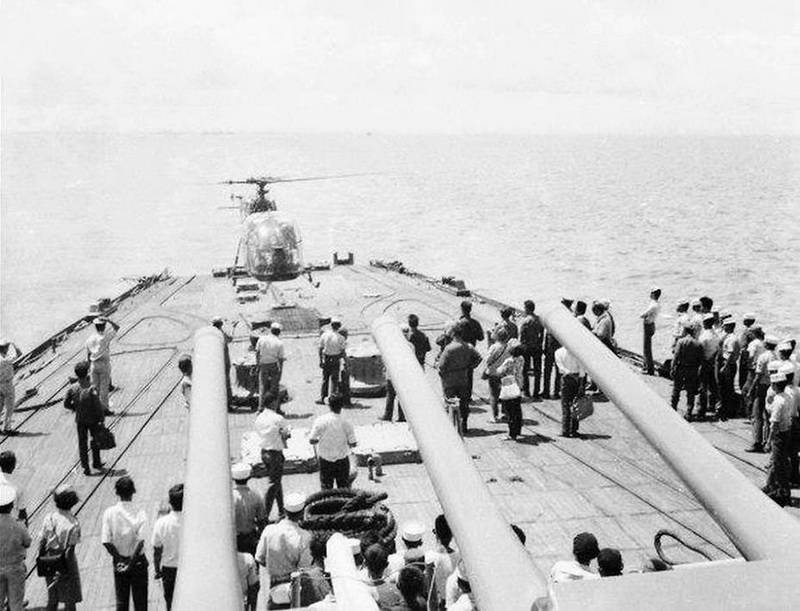 For all history of the Soviet fleet, one cruiser was handed over to the customer - "Ordzhonikidze" of project 68-bis.

This happened in 1962, when Indonesia was actively fighting with the Netherlands for the western part of the island of Guinea. In Indonesian, the island is called Irian, and the cruiser received the same name.

The ship, intended for service in the North, was transferred without modernization for service in the tropics, which predetermined its fate: within a year, the Indonesians rendered the ship unusable. The USSR carried out ongoing repairs, but by 1965 the ship was again incapable of combat. And after the military coup, he was completely sucked and turned into a floating prison. In 1970, the cruiser was sold to Taiwan for dismantling for metal. There is no way to talk about any commercial success. The ships were transferred on credit without first payment. Although the Indonesians did not really need the cruiser. Despite the legend of his battle with Malay ships, third world countries could not afford to operate a combat vehicle of such complexity, except as a floating prison.

The destroyers were more fun. They (especially in the artillery version) were distributed a lot and willingly. If we take on projects:

As a result - 18 artillery destroyers, transferred either on credit or to the allies. This was not done for the sake of income: pure politics and strengthening of their own defense capabilities in the case of the Warsaw Pact countries. Although there were no special losses either - morally obsolete ships of the USSR Navy, by and large not needed, were transferred.

Separately, it is worth taking out the BOD of project 61 ME, built for the Indian Navy, in the amount of five units in the period from 1976 to 1987. It was a purely commercial project. And quite successful. India had a choice - it chose the modernized old Soviet project (the first BOD project 61 entered service in 1962). And four of them, although in auxiliary roles, are still serving. Relatively small ships turned out to be very successful and the Indians came to the court.

Another BOD project 61 was transferred to Poland. 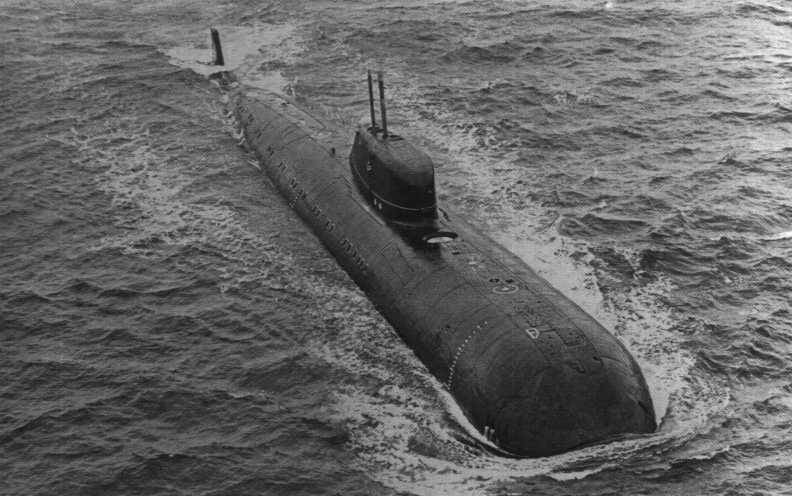 The Indians liked Soviet weapons. And, in addition to ordinary ships, they became tenants of the Soviet nuclear submarine of Project 670 "Skat".

The K-43, commissioned in 1967, was leased to India in 1988 for three years. The Indians were pleased. They wanted to extend the lease, but new thinking and publicity at their peak thwarted their plans. According to the recollections of Soviet specialists, dust particles were not blown off the ship, and the basing conditions were simply luxurious. Upon arrival home, the boat was immediately written off, again - within the framework of that very new thinking ...

With diesel ones it was easier: we distributed and sold them a lot and willingly. Again, if about built from scratch, then these are projects I641 and I641K: eight ships were bought by India, six - Libya, three - Cuba. The latter is free, or rather, on credit. But the Indians and Libyans bought in earnest and for money. Two more 641 used ones were transferred to Poland.

Project 877 Halibuts were also actively built for sale: two for the Warsaw Pact countries (Poland and Romania), eight for India, two for the Algerian Navy, and three for the Iranian Navy.

As a result, in Soviet times, 32 diesel submarines were laid down and built specifically for foreign customers. If you remove the five units transferred to the allies, you still get a solid figure, which, using the example of Project 877 and its modifications, manifested itself in the post-Soviet times: these ships were bought by a lot of people and quite willingly.

As for the distribution of used, then to whom they just did not distribute:

2. Project 613. The most numerous Soviet project (215 ships) and the most popular. Four units went to Albania (making up the core of its Navy and becoming the only serious warships in its history), two - Bulgaria, ten - Egypt, twelve - Indonesia, four - North Korea, four - Poland, three - Syria. Besides, twenty-one boats were built under license by China ... Even without licensed ones - 39 ships. These projects were purely political, but nevertheless.

3. Project 629 - one licensed in China. On our, as it turned out, head. Still, selling ships - carriers of ballistic missiles was not the most reasonable decision, especially in light of further relations with China.

4. Project 633. Improved boats of project 613, we have built 20 of them, in China under license - 92 units. Although we distributed ours actively: two to Algeria, four to Bulgaria, six to Egypt and three to Syria. The boat for developing countries turned out to be successful, although for the Soviet Navy it quickly became obsolete.

To summarize, the Soviet submarines brought perhaps the greatest commercial success for the Soviet shipbuilding. Moreover, this success could have been much greater, if not for political considerations and the primacy of ideology over economics.

There were no official frigates in the USSR.

There were TFR. But Project 1159 is frigates from all points of view. Moreover, the frigates are unique. This is the only project created specifically for export. Russian "Jaguars" were built from 1973 to 1986 in the amount of 14 units. Of these, three went to the GDR, one to Bulgaria, and three to Cuba. Three were bought by Algeria, two by Libya and two by Yugoslavia. The ships served their countries for a long time and quite successfully. Still, a frigate with a displacement of 1705 tons, carrying 2X2 anti-ship missiles P-20, 1X2 SAM Osa-M and 2x2 AK-726, at that time, a very successful and budget option.

Of the ships of Soviet projects, the "fifty kopecks" of project 50 were popular, two of which were bought by the Finns, eight were handed over to the Indonesians, four to the GDR, and three to Bulgaria. The frigates of Project 159 were also willingly taken: ten new ones were ordered by the Indians in the 60s (159AE), two by the Syrians, two by the Ethiopians, and five used ones were transferred to Vietnam.

The RTOs (corvettes) 1234E also went well: Algeria and India bought three each, and Libya four. It is possible to write for a long time about the "kids" of the IPC projects 122-b and 201: in which countries they just did not end up ... Soviet corvettes ended up in South Yemen, and in Mozambique, and in Iraq.

In general, light surface ships were more popular than the same destroyers for purely pragmatic reasons: "if you want to ruin the state, give it a cruiser." So countries that are not of the first rank preferred something simpler and cheaper: what was not in the United States, and we had.

And if in general, Soviet ships became the backbone of the navies of India, Algeria, Libya, Iraq, Vietnam. Launched the navies of China, Egypt, Syria and the DPRK. And the list is far from complete. Another question is that it was often heard, and not always rationally.

As a result, in addition to the cost of the ships themselves, they had to provide their own specialists and pay for repair and operation. This is, not to mention those moments when the states, having received a mountain of equipment worth hundreds of millions of dollars, waved their hand at us and “chose freedom” without repaying debts. This is Indonesia in 1965, and Egypt, and Somalia ... But nevertheless, there were commercial transactions, the market was staked out. No wonder our shipbuilding in the 90s - early 2000s survived due to export. And mainly to those countries where Soviet ships have already been "tasted". We know how to build.

If only to be able to sell, without slipping into ideology, as in Soviet times, or naked commerce, as in the post-Soviet period.