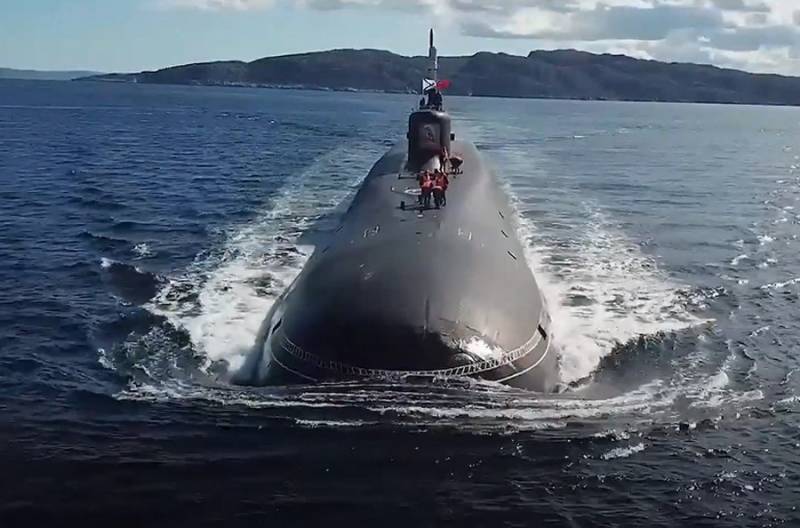 The first serial nuclear-powered strategic missile cruiser of the improved Borey-A project, Prince Oleg, will be handed over to the military in October this year. This was stated by the head of the USC Alexei Rakhmanov in an interview. RIA News.


According to Rakhmanov, the transfer of the fifth Borey to the Russian Navy will take place in the fourth quarter of 2021, in October. The head of the USC did not explain why this particular term was chosen. Earlier, a source in the OPK said that "Prince Oleg" will be handed over to the military by the Day of the Navy, which will be celebrated on July 25. APRKSN should replenish the composition of the Pacific fleet.

As of today, it is known that the Knyaz Oleg APRKSN is undergoing state tests. As part of the tests, the submarine will perform a combat training launch of the Bulava missile from the Barents Sea at a target at the Kura training ground in Kamchatka. Shooting will be carried out from a submerged position.

Four Boreas are in service with the Russian Navy, of which three projects 955 (Borey) of the 4th generation are strategic missile cruisers Yuri Dolgoruky, Alexander Nevsky and Vladimir Monomakh, as well as one submarine missile carrier of the modernized project. " Borey-A "-" Prince Vladimir ".
Ctrl Enter
Noticed oshЫbku Highlight text and press. Ctrl + Enter
We are
The timing of the transfer to the Navy of the first serial APRKSN project 955A "Prince Oleg"The timing of the transfer to the APRCNS fleet of the 955A project "Prince Vladimir"
Military Reviewin Yandex News
Military Reviewin Google News
24 comments
Ad