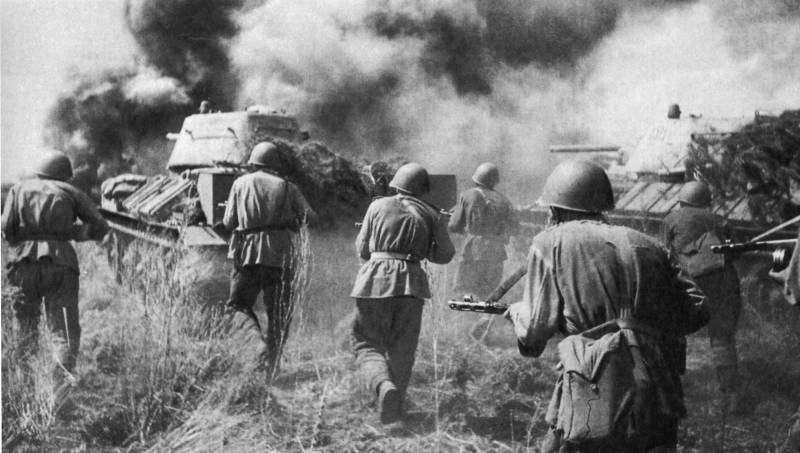 We present three final stories from the cycle “Stories Great Victory "from the creators of the famous game World of Tanks. In these videos, veterans tell the truth about the Great Patriotic War, share their memories and relive the events of the 1940s.


Pyotr Alekseevich Filonenko was 11 years old when the Great Patriotic War began. As a daring and brave teenager, he impressed the commander of one of the reconnaissance groups, who taught the boy the soldier's business.

After the liberation of Orel, the battalion, in which the young son of the regiment served, received another order to attack, but while crossing the bridge came under fire from German machine guns. “Soldiers are falling. They mow like grass in the month of May, ”recalls the veteran.

Pyotr Alekseevich could not watch how his comrades, who were waiting for their relatives and friends, were dying. With trenches and ditches, he crept up to the enemy machine gun and covered it with his own shoulder ... Damage to the scapula, rib, humerus - this is only part of the injuries that he received.

The battalion commander ordered to bury the brave boy as an officer - in a coffin. At that moment, when he was already being carried to the grave, one of the soldiers heard the faint wheezing of Pyotr Alekseevich. The young man was immediately taken to the medical battalion. Thanks to the efforts of doctors and incredible luck, he was able not only to get on his feet, but also to return to the front and reach Berlin.

Dmitry Mikhailovich Malyshev considers everyone who at least once went to attack the enemy as real heroes. After the outbreak of World War II, he was sent to the 1st Kharkov tank school, where he studied the specialty of the commander of a combat vehicle for 12-14 hours a day. He received his T-34-85 in the city of Gorky at the Krasnoye Sormovo plant.

The tank regiment, in which the veteran served, took part in many battles and operations, one of which was Bagration. When Dmitry Mikhailovich arrived at the Brest Fortress, the first thing he did was to notice the inscriptions on the walls. The last words of the dead soldiers instilled fortitude and courage and forever remained in the memory of the man. It was in Brest that Dmitry Mikhailovich took a German general prisoner. As it turned out, this was the commander of the SS Panzer Division, who "slept through" the advance of the Red Army and hastily tried to leave the city.

The veteran also remembers his combat mission in Hungary. On one of the highways, the soldiers installed a cannon, which was unexpectedly destroyed by a shot from an enemy tank. Dmitry Mikhailovich managed to detect where the projectile was flying from, and realized that a German combat vehicle was standing behind a shed nearby. Finding a passage by the tank ditch, the young commander of the thirty-four rode closer and saw the Tiger and Panther standing on their sides.

To destroy the German "beasts" it took 2 armor-piercing shells.

“Every battle is a life-and-death battle,” recalls the former commander. In one of these tank battles, he was seriously wounded and, by decision of the medical board, was sent to Moscow. It was there that on June 24, 1945, he took part in the Victory Parade on Red Square. According to the memoirs of Dmitry Viktorovich, when the marshals of the Soviet Union Georgy Zhukov and Konstantin Rokossovsky approached each other on horseback, the young soldier's heart pounded in unison with the clatter of hooves, and there was more excitement than before a tank battle. Dmitry Viktorovich ends his story with a heartfelt reading of the poems of Alexander Tvardovsky "On the day the war ended ..."

May 9, 1945 at 2:30 a.m. fighter pilot Ivan Ivanovich Selifonov woke up from deafening fire from guns and small arms weapons... Deciding that the Nazis attacked the garrison, he ordered his comrades to calmly prepare for battle, and he himself went to the commander of the aviation link. To the man's surprise, he stood with a bottle in his hand and, seeing the young pilot, shouted joyfully: “Vanyush, victory! The Germans signed an act of surrender. " The young pilot's dream vanished.

The formation of personnel took place in the morning at the airfield. The regiment commander congratulated the soldiers on the victory, and then went up to Ivan Ivanovich and gave another order: take any pilot as a partner and go on a combat mission. Nobody wants to hear this on Victory Day, but the man had no choice. As it turned out, it was necessary to conduct reconnaissance on the border of Czechoslovakia, where the troops of the 1st Ukrainian Front were sent. Together with a friend, the young pilot flew on a mission, successfully spotted a squadron of Soviet bombers, and then with a light heart set off to report on the successfully completed mission. Only after that, Ivan Ivanovich was able to finally join the process of celebrating Victory Day.