American myth of the war over slavery 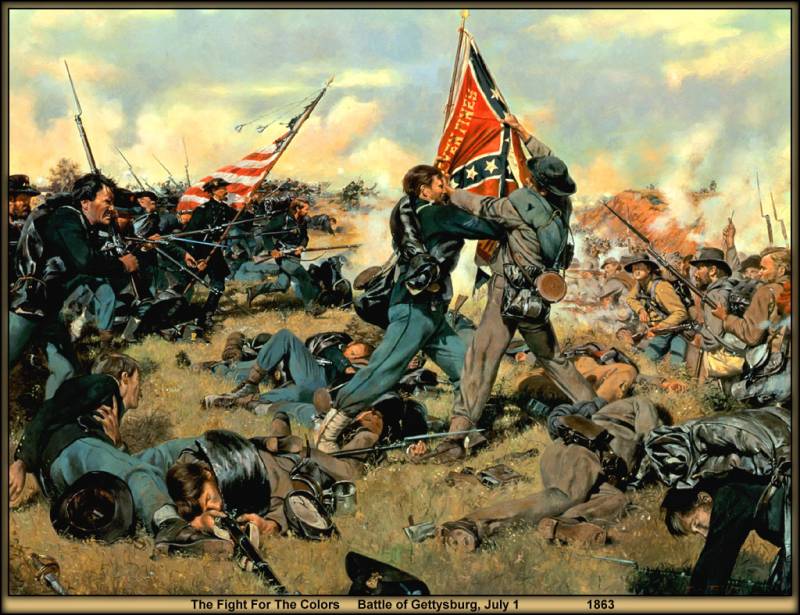 160 years ago, the Civil War began in the United States. The industrial North fought to the death with the slave South. The bloody massacre lasted four years (1861-1865) and claimed more lives than all other wars in which the United States participated combined.

The myth of the war "to abolish slavery"

The main myth of the American Civil War is the "war over slavery". For an ordinary layman who, in general, knows about the war between the North and the South, this is a war for the abolition of slavery in the southern states, for the freedom of blacks. The South supported racism and slavery, while the progressive North, led by Lincoln, believed in human equality and advocated the abolition of slavery.

However, this is a deception, a smokescreen. The main reason for the conflict was the split of the elite, the weakness of the central government, and the division of the country into two economic self-sufficient regions - the industrial North and the agrarian South. In the southern states, there were practically no armory factories, there were few foundries, weaving or tanneries and enterprises. There was no shipbuilding industry that could build warships. Almost the entire industry: factories and plants, shipyards and mines, arms factories and coal mines were in the North. As a result, the Americans fought for the future of the country: further centralization and industrialization, or decentralization, maintaining the division of the country into two different regions, with two elite groups.

Thus, two different elite groups have developed in the United States. Their interests contradicted each other. Their capital, wealth was based on various spheres, sectors of the economy. A powerful industry and banking (financial) sector was created in the North. The northerners realized that the future belongs to the enslaving interest on loans (finance) and the development of a powerful industry, which is based on the exploitation of millions of "free" people (without chains, but beggars working for a piece of bread), migrants. The agricultural sector, based on the use of both the labor of slaves and farm laborers, did not bring such fabulous profits as banks and factories. The North had to close its home market with the help of high tariffs from the then industrial leader, the "workshop of the world" - England. The southern states, whose economies were oriented towards the export of agricultural raw materials ("the king is cotton"), on the contrary, did not need to close their market. 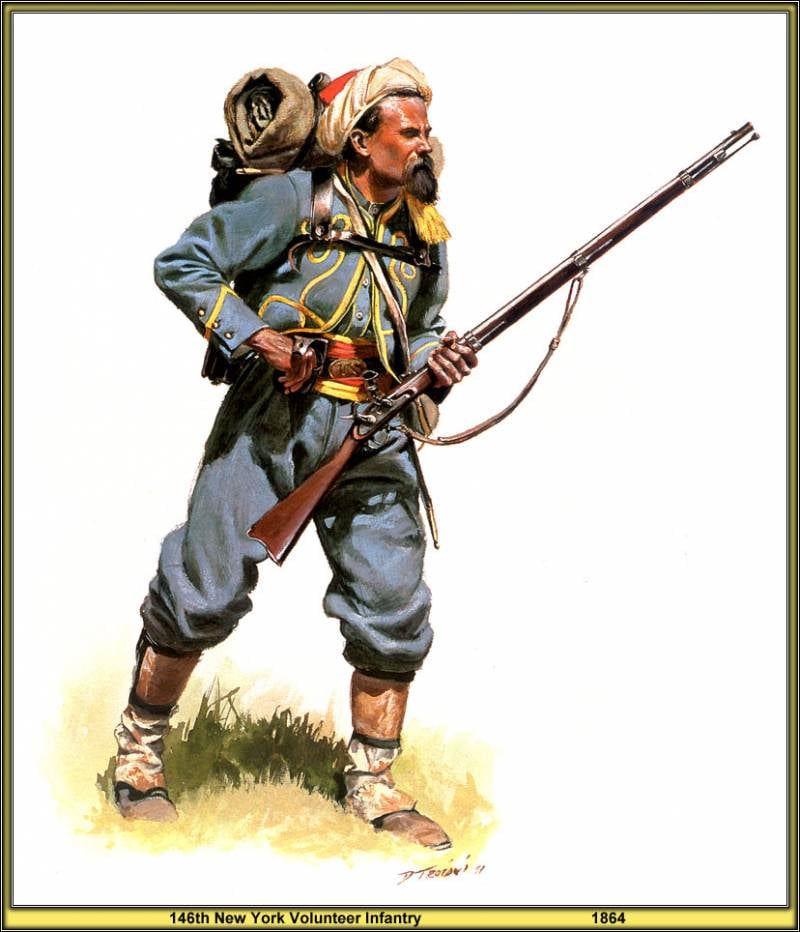 It was a conflict between two technological orders and elites that parasitized the population, both in the North and in the South. The capitalist economy of the northern states required an expansion of the labor market and sales, new millions of disenfranchised workers who would work in enterprises and become new consumers. The capitalist system in the North has reached the limit of growth. Further - only crisis and destruction. The only way out was in the expansion of the controlled zone and in the war, which destroys the old order and allows to create a new one.

The owners of the North needed, on the one hand, to close their market from the more developed British economy, on the other hand, to expand their zone at the expense of the southern states. The northern elite needed millions of new workers, beggars, landless and livelihoods, who would work for meager wages, and new consumers. Thousands of agricultural machines could replace slaves in agriculture, increasing the profitability of the agricultural sector. It was also necessary to break the resistance of the southern elite in order to create a single centralized power that could soon challenge competitors within the Western project.

The masters of the industrial North needed to expand their system, otherwise - crisis and destruction. This is also where the answers to the causes of all world wars lie. The Western world, the capitalist system periodically approaches the limit of growth. To survive, you need to defeat and rob competitors, seize their labor and raw materials, sales markets. So, the North defeated the South, created a single country and economic system. Before the start of the Civil War, the United States came in fourth in terms of industrial production. At the same time, the methods in industry did not differ much from the slave ones. There was a sweatshop system, a form of production that allowed the most severe methods of exploiting workers. Workers were driven to death or crippled, chronically ill people in a fairly short period of time. They have been working since childhood and most often by the age of 30 people turned into ruins. Few survived to old age.

A small group of rich people, bankers, owners of factories, newspapers and steamers enriched themselves fabulously. To do this, they drove to death the white American poor, visiting white migrants - Irish, Scots, Germans, Poles, Swedes, Italians and others. In essence, they were white slaves. Formally free, but de facto - "two-legged weapons". Without money, rights (the entire system of government, courts and the press are under the control of the rich), normal housing, tools of production. White slaves were not spared, more and more migrants came to America in flight from poverty at home, in pursuit of the American dream. 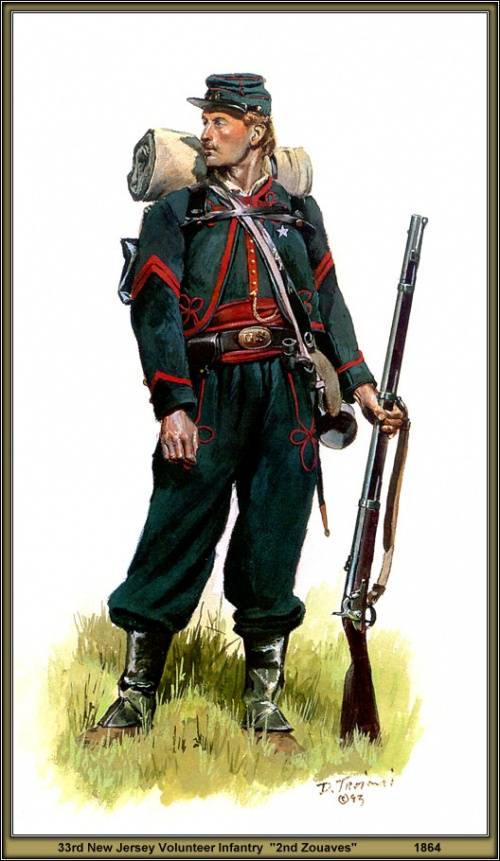 The inevitability of war

The masters of the North needed the whole country and in the future - the first place in the world. The States were one of the leading projects in the Western world. The "Founding Fathers" were Masons, representatives of closed elite lodges and clubs. Even in the newest stories almost all of the US elite come from clubs and organizations hidden from ordinary people. Representatives of the political, financial and industrial elite became members of such clubs. Come from the richest and most influential families in the United States.

For example, Skull and Bones is the oldest secret society of Yale students. Among the patriarchs of this lodge were the Taft, the Rockefellers, the Bushes, etc. In such lodges and clubs, representatives of the American elite receive a certain upbringing. It is there that future governors, senators, ministers and presidents are determined. The game of "democracy" is an illusion of choice for millions of ordinary Americans. As you know, elections in the United States are always won by the wealthiest candidate who has received the support of most of the financial and industrial elite.

In the XNUMXth century, the United States was only moving towards world leadership. Northern families needed control of the South so that the United States could enter the world stage. In the middle of the century, the richest gold deposits were discovered in California. This made it possible to extract more than a third of the world's production of this precious metal. Thanks to gold and the brutal exploitation of white slaves, the United States launched the construction of a huge railway network. But in order to become the leader of the West, and then the whole world, the northerners had to solve the problem of the South.

The southern states were actually self-sufficient. Southerners were content with what they had. They didn't care about the desire of the northerners. The southern elite was quite different from the northern. The southerners did not have grandiose plans for the conquest of world domination. These plans were based on the Protestant ethics of the northerners, which was of Old Testament origin. With the division of people into "chosen by God", marked by wealth and poor people, losers. Accordingly, the “chosen ones” were supposed to rule the world.

For agriculture, the backbone of the South's economy, there was sufficient labor available. The main crops were cotton, tobacco, sugar cane and rice. Agricultural raw materials were sent to northern enterprises and exported to other countries, mainly to Britain. The southern elite were pleased with the current order. Interestingly, but the "slave-owning" (slaves were owned by the northerners) southern elite in some respect was even more humane towards representatives of other races, peoples and confessions. The Spaniards lived in Florida, the French in Louisiana, and the Mexicans in Texas. Only Anglo-Saxon Protestants could break into the northern elite. As an exception, the Dutch or the Germans. Catholics were discriminated against. In the South, they were tolerated. The southern elite included Catholics of Spanish and French descent. It is understandable why the southerners did not want to put up with the plans of the masters of the North. They chose to rebel and create their own state.

In the South, Negroes, as in the North, were "two-legged weapons", property, they could be sold, lost at cards or even killed. But in the southern states, Negroes were valuable property, they received food, had housing, their own plots of land. Often this was "patriarchal slavery," when slaves were considered practically family members. What did "freedom" bring to the blacks? They were “freed” from subsistence work, housing, plots of land, established everyday life and traditional life. They were expelled from the plantations, deprived of all that little that they had.

At the same time, laws on vagrancy were then passed. Earlier in England, the peasantry was dealt with in a similar manner. The owners needed land to arrange pastures for the sheep. The wool went to manufactories. Only a few farm laborers and shepherds remained. The rest of the peasants became superfluous. As they said then: "the sheep ate the peasants." The peasants, deprived of their livelihoods, went to work in factories, where living conditions were much worse and worse. Into slavery. Those who did not want to become vagabonds, replenished the city bottom. The "bloody legislation" was used against the vagabonds, the beggars were branded, sent to factories, and executed when recaptured. Tens of thousands of people were killed.

Blacks were deprived of all the support in life, expelled from plantations, from their homes. We got a wild rampant "black crime". In response, the whites began to create popular squads (Ku Klux Klan). A wave of lynching began. An atmosphere of mutual hatred and fear was created. Society fell under the control of a plutocracy.

Therefore, it is not surprising that a rather large contingent of blacks, both slaves and free ones, fought for the "slave owners". Already in the initial period of the war, large detachments of blacks (up to several thousand fighters) fought on the side of the Confederate army. According to various sources, from 30 to 100 thousand blacks fought on the side of the southerners. True, mainly in non-combatant positions - carpenters, builders, cooks, orderlies, etc. In the state militias, Negroes served in combat units from the very beginning of the war. Often blacks fought for their masters, were their bodyguards. In the Confederate army, unlike the northerners, there was no racial discrimination. The Confederates also had mixed parts - from whites, blacks, Mexicans and Indians. In the North, blacks were not allowed to serve alongside whites. Separate Negro regiments were formed, their officers were white.

Most of the Indian tribes supported the South. This shouldn't come as a surprise. The Yankees (residents of the northern states) had a principle: "a good Indian - a dead Indian." They, in general, did not consider them as people. Southerners were more flexible. Thus, the Cherokee tribes became part of the southern world even before the war. They had their own power, court and even slaves. After the war, they were promised access to Congress.