How to live correctly in parentheses 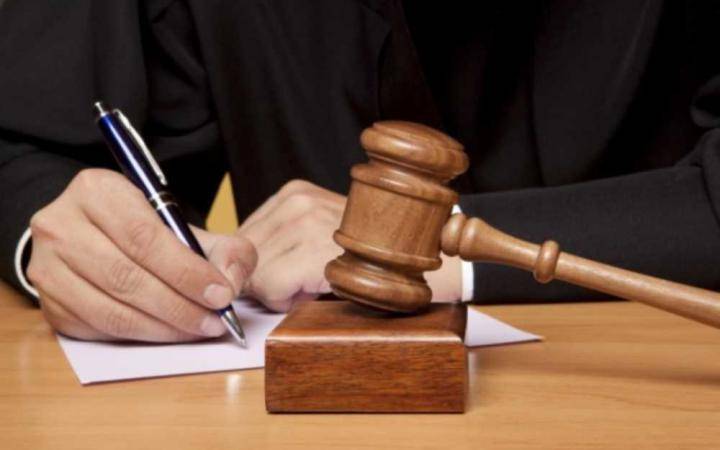 In a certain state, the Adjutor sits at his table. Let's just say, the rank is not the highest, but very responsible. And Editors come to him, whom the Adjuster is forced to educate. Because this is what his duty to the Motherland and his official duties dictate. And he should do this without the slightest regret to his opponents, because debt is half the battle. And the second half of the matter is the state pension and early access to it.


In general, there is something to try for.

The adjuster, as a representative of the State, is incredibly polite and correct. As befits an official in the service.

- Hello, my dear Editor! How sorry I am to see you, because this means that you have once again violated our Codes. And, accordingly, we will have to punish you. Naturally, a fine in favor of the State.

- For what this time, Mr. Adjutor? We fully comply with all the requirements of your department!

- Alas, alas. You have not indicated in parentheses that you are citing a newspaper that is branded as a foreign agent! And this is a very serious violation.

- What is so serious here? It was an ordinary newspaper in the city of Sargatov, owned by the local anti-SMAR society ...

- My dear Editor, if everything were so simple ... Well, in principle, we are all aware that we are surrounded by enemies. And I am aware that today it is very difficult to distinguish Good from Evil. For the Good, which is brought up within the framework of patriotic education in schools, does not fit into the UGE, and therefore, how to say it, is not ready to fight for the triumph of its ideals.

And Evil ... Well, it is Evil. Strong, unprincipled and generally. And you have to fight it daily and hourly. But in order to fight him, you need to know him by sight.

- Dear Adjutor, but where are the enemies? And even more so in our newspaper? We do not cover any problems that could be associated with external enemies!

- Dear Editor! You do not understand well your role in the life of the State. And the State is always ready to help you. Remember how it was during the DURIL epidemic? The state has shown how it is able to take care of its citizens. After all, it has come down to almost everyone in terms of self-isolation, right?

If you don't want to isolate yourself from the whole world on your own, here's a fine for you! So that he wanted ... Well, or if he moved farther from the house. In the end, it helped ... And the budget resident was so well filled with several billions. Money will go to a good cause.

For example, the work of such a useful ministry as ours. Yes, we cannot yet defeat the Pentagrams and Sweaters, but we are working to put a spoke in their wheels as efficiently as possible. But I'm ready to reveal to you what our strength is and where you are.

- I am listening to you with great attention, Mr. Adjutor ...

- Our strength is in parentheses. Everything or almost everything in the world can be bracketed. Yes, "Sweater" and "Pentagrams" are not included in parentheses. Until. But we, again, are working on it.

Remember how we forced everyone to write in brackets two years ago that the terrorist organization KURISH is banned? Yes, there were many shouts of "tired", "how much you can" and so on. Didn't understand the point outside the brackets. But outside the brackets is the budget. It is said to write in brackets - you must write. Don't write - pay a fine. Everything is very simple.

If between us, dear Editor, then no one has really explained even to us. It is necessary - and that's it. Therefore, everyone began to write together the magic words "forbidden in Dreamland" in brackets. I don’t know how much this reduced the attention and respect for KURISH, but it filled the budget quite well.

- Mr. Adjutor, isn't it easier to simply expel Podvalny and his associates, KUE, MKN, ADSN and other phenomena from the Internet? Well, it's really unrealistic to live like that! We will soon not have articles, but solid brackets! Like French in War and Peace.

- A good example, Mr. Editor! Very good! You understand correctly! Yes, Count Tolstoy wrote his novel in two languages, but everyone read it! As they say, the mice cried, injected, but they ate the whole cactus. We read the translation in small print in the footer of the page, and nothing!

By the way, about the basement. I wanted to reproach you. Why did you drive all the world's terrorists into your basements? KURISH, "Tigers", "Scorpions" ... Well, you can't do it in bulk ... So we had to work, think about what should be in brackets! So get it and sign: you will now mention all foreign agents! Everyone!

And if you invent something like that in this regard, mister editor, you can be sure that we will figure out what to fine you for. A budget outside brackets is a sacred thing!

- Mr. Adjutor! You can imagine an article on the topic of the day like this:

“The well-known leader of the terrorist organization KURISH (banned in Dreamland) Abdul Karayan (recognized as an international terrorist) met with representatives of the Cultural Breakthrough organization (recognized as a foreign agent on the territory of Dreamland) and they gave a joint interview to Zoltan Bnishovenko (official agent of the LGBT community) on the dispersal of the rally in support of religious leaders from the CPNM organization (banned in Dreamlandia as excessively oppositional), supporting Kulbit Podvalny (forbidden to be mentioned as bored to death). "

Agree, in such material there is zero information, only brackets!

- Yes, my dear Editor, yes! It is very difficult for our modern reader to separate the wheat from the chaff. And it is on your shoulders that the honorable duty of hammering in brackets into the heads of ordinary people what is in brackets falls on! You understand correctly the policy of the State and the Party!

So go, work, and remember: we are ready to support you at any time! Fines, revocation of licenses and other pleasures. The main thing is that all this is done for the common good. OUTSIDE the brackets.

All matches are completely random, all parentheses are natural.