The "ghost of the second Karabakh" has melted: Donbass has its own way 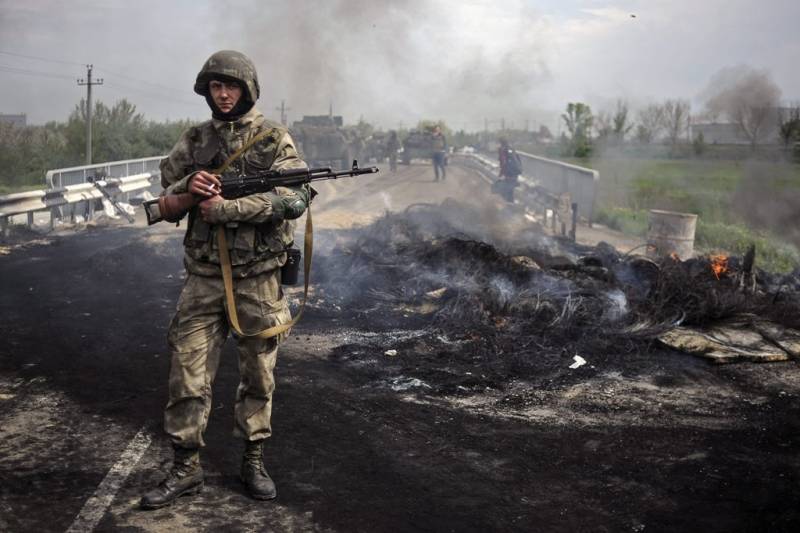 The second Karabakh war will definitely enter the annals of the military stories... The conflict will be studied and even tried to restart in other hotspots on the world map. But why go far - in Kiev they set out to repeat the Azerbaijani experience in Donbass.

Why did the Ukrainian warriors fail?

The second Karabakh war "inspired" the military strategists who settled in Kiev. They hastily began to repeat to themselves and to the public: "and we can repeat it." Well, of course - the analogies seem to be there. Azerbaijan strives in every possible way for the return to its fold of the rebellious Nagorno-Karabakh, the independence of which has not been recognized by anyone, not even by its native Armenia.

The latter supports Artsakh in every possible way, primarily militarily. But the absence of a unified state affects everything, including the military-political development. This was clearly manifested in the second Armenian-Azerbaijani conflict. LDNR are also in limbo.

In Ukraine, they are, in general, humiliatingly called ORDLO - separate areas of Donetsk and Lugansk regions. LDNR, of course, went through a significant stage of its own state building. But no one hides dependence and the need to rely on Russia.

The similarity of the two rebellious territories is manifested even in the ratio of indicators: area / population. If Nagorno-Karabakh is only 7,5 times inferior to "indigenous" Azerbaijan in terms of occupied area, then in terms of population - 66 times. In the case of Lao PDR-Ukraine, the figures are in a sense inverted: the territory of the “square” is 35 times larger, and the population is 11,5 times. In other words, the rebellious "fragments" are crushed in every sense: economically, territorially and socially.

Militarily, Artsakh and LDNR are also similar. During the first conflict with Azerbaijan, Nagorno-Karabakh held the initiative on the battlefield. As a result, it was possible to defend not only the indigenous territory of the republic, but also to take control of the "buffer" Azerbaijani regions. The successes of the LDNR are more modest. But several "cauldrons" into which the Ukrainian troops fell, cooled their ardor and desire to destroy the militias.

But over time, the situation turned upside down. The initiative went largely to the opponents of the rebellious republics. Azerbaijan, starting from 2007, sharply went ahead of Armenia in terms of the size of the military budget. If the Armenians could invest about $ 0,5 billion annually, their neighbors increased the parameter to $ 3,5 billion. The Artsakh army, of course, was also modernized, but, in fact, it remained Soviet.

The situation in the LPNR looks better. Scattered militias were reformatted, resulting in two army corps that look like a very serious military mechanism. But Ukraine did not stand still either. Since 2014, its military budget has steadily increased - to almost $ 4 billion in 2020. 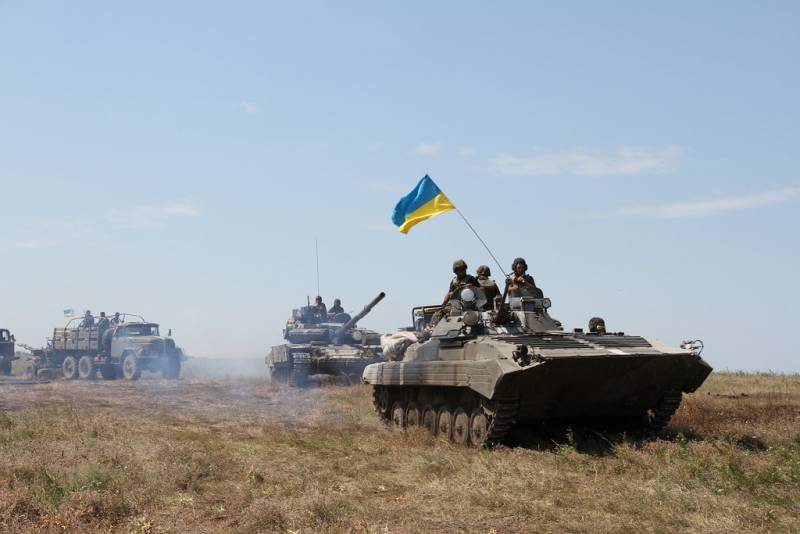 Source: flickr.com
The number of Ukrainian troops is 245 thousand people, and in the east of the country, near the line of contact with the LPR, the military group increased by February-March 2021 to 100 thousand people. All experts admitted that if Ukraine decides to attack the rebellious republics, they will not survive for long.

Who is friends with whom

But the main thing is that the world has changed. High morale alone cannot win a war. Technology, information and training are important. And a significant factor is who supports whom.

Azerbaijan got Turkey as its allies, which in all seriousness invested in military-technical cooperation. The Turks helped their eastern neighbors with military equipment, aviation support, instruction and training of the Azerbaijani military. They also added a technological trump card - the Bayraktar drones, which are believed to have played a role in the second Karabakh war.

Finally, specific human resources were allocated - from the north of Syria in the fall of 2020, units of “Turkomans” were hastily transported to the border with Artsakh, which went through “fire, water and copper pipes” in battles with the Kurds and the Syrian army.

But this was not yet the final guarantee of victory. Azerbaijan took advantage of the cooling of relations between its allies Armenia and Russia and the presence of the "Trojan horse" - Pashinyan. In addition, it became clear that there is no high military coordination between the armies of Artsakh and Armenia. The whole combination of factors led to a sad outcome - the defeat of Nagorno-Karabakh, the loss of significant territories and strategic settlements.

The Kiev strategists immediately started placing the chips on their map. Well, look, they said, everything fits together: the Ukrainian army has been modernized - "but yak", behind the back is "big brother" - "yak same." The United States is persistently helping with military equipment, weapons, instructors and advisers.

And the political moment is ripe. The eternal friend of the "independent" Biden came to power in the United States, and the former kaveenschik sitting on the Ukrainian throne needed to urgently raise his falling rating. How to raise it - of course, a victorious war. But will Russia come to the aid of the LPNR? This is a big question - the Kiev strategists decided.

In addition, another active player has appeared on the Donbass field - Turkey. “Sultan” Erdogan, apparently, decided to play the revival of the Ottoman Empire in the XXI century. Inspired by the successes in the Karabakh conflict and the fact that, in fact, Russia allowed Armenia to squeeze its eccentric ally in the Transcaucasus, Erdogan decided to go further. 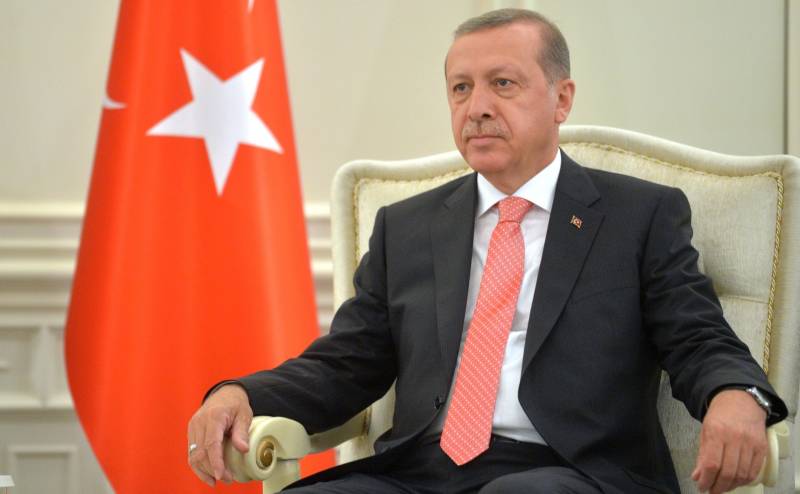 Source: kremlin.ru
That is, try to change the status quo in the Black Sea basin as well. Quite specific steps have been taken for a long time. There is also fruitful military-technical cooperation with Ukraine. For example, the aforementioned Bayraktar drones have already appeared in service with the "Square".

There is also a project for the construction of a canal bypassing the Bosphorus, and, consequently, bypassing the notorious Montreux Convention. It remains only to send "Turkomans" to help Zelensky, and the picture will turn out to be very ominous for Donbass.

The recent visit of the President of Ukraine to visit Erdogan confirmed the previous vector. Erdogan spoke in favor of Ukraine's membership in NATO, once again did not recognize the "annexation" of Crimea and let slip about the strategic partnership between Turkey and Ukraine. Although it was stated that the conflict in Donbass can be resolved peacefully. But these are words, and Bayraktars are already flying in Ukraine, albeit in a training format.

Russia had to sway for some time, and at some point there were even suspicions that everything in Donbass would follow the Karabakh scenario. The Russian Federation initially sent pacifying diplomatic signals to the West.

For example, Secretary of the Security Council Nikolai Patrushev recently announced that Russia does not plan to intervene in the conflict in Donbass, but is closely monitoring the situation. When asked if Russia has any "red lines" at the intersection of which it is ready to openly intervene in the conflict in Ukraine, Patrushev replied: "We are not hatching such plans."

But the more frequent provocations of Ukrainian troops on the line of contact with the LPNR, active flights of NATO and American drones near the Crimea and Donbass, as well as the calls of warships into the Black Sea, forced Russia to mark red lines.

Large military formations on the scale of armies were quickly pulled to the eastern border of Ukraine. Urgent support came to the military "kulak" located in the Crimea. Specific "beacons" also appeared - the 58th army moved up to Ukraine, which forced Georgia to peace in 2008.

Let's not forget about the fast transfer of the Caspian ships flotilla to the water area of ​​the Azov Sea. Finally, Russia slightly pulled out of its sleeve and a technological "trump card" - suddenly began active radio-electronic interference in the ranks of the Ukrainian troops. Even the OSCE mission in Donbass did not fail to point out the obstacles that began to interfere with monitoring the situation on the contact line. 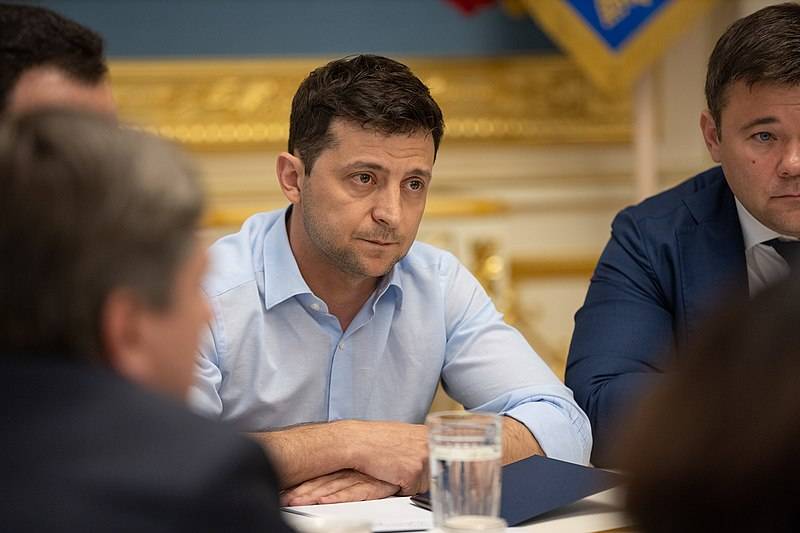 Source: president.gov.ua
And suddenly everything changed. Kiev strategists suddenly stopped saying "and we can repeat", and statements only about a peaceful format for resolving the conflict in Donbass poured in. And Biden even had a telephone conversation with Putin.

In other words, Russia has shown its red lines very clearly - the protection of the Russian-speaking population in Donbass is now a priority. Teeth will be shown to everyone who decides to replay the situation in the northern Black Sea region.

Moscow also sent clear signals to its business partner, Turkey. Tourist flights between the countries were unexpectedly terminated on Monday. And as the numbers say, the tourist flow to Turkish resorts in the spring is almost equal to the dock times.

In general, everyone should think hard.

Ctrl Enter
Noticed oshЫbku Highlight text and press. Ctrl + Enter
We are
What you didn't want to know about EnglandErrors of Armenia and the success of Azerbaijan ("Journal of Turkish Weekly" Turkey)
Military Reviewin Yandex News
Military Reviewin Google News
82 comments
Information
Dear reader, to leave comments on the publication, you must sign in.