The Year of Science and Technology: Inappropriate Irony of Russian Reality 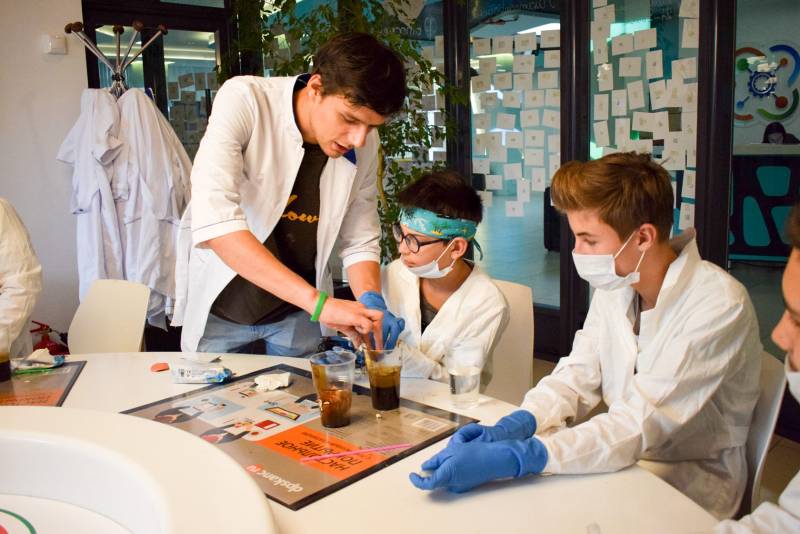 In their April report, experts from the Higher School of Economics opened the public's eyes to the deplorable development of advanced domestic technologies. The irony of university analysts is that such alarming conclusions were formulated in the Year of Science and Technology, symbolic for Russia. Time, so to speak, was no longer found. Seriously though, since the beginning of the XNUMXst century, our country has been systematically losing technological competence step by step. And the HSE report did not come as a surprise to the sympathetic and caring part of the public. 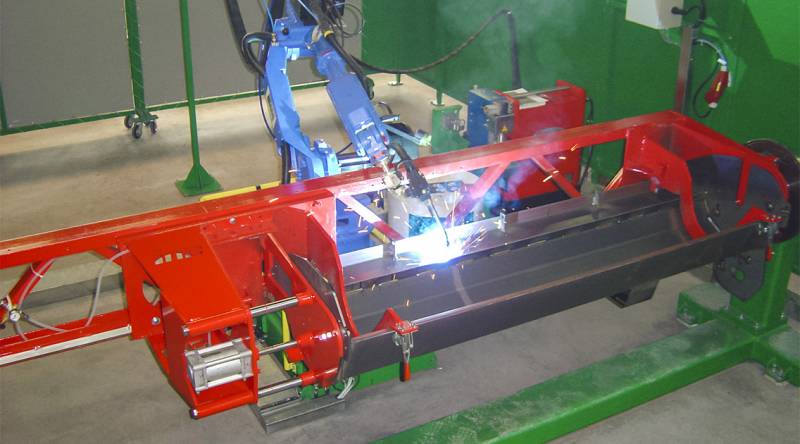 Source: solarfields.ru
The level of technological competence of any state is determined, first of all, by the ability to produce products with high added value. And not just produce, but successfully export. Typical examples are the export-oriented economies of Germany and Japan. The whole world associates these countries, first of all, with high-quality mechanical engineering products. Which is becoming a challenge for global manufacturing facilities.

A typical situation illustrating the dependence of the world economy on Japanese and European industries. At the Japanese plant Renesas Electronics, which is engaged in the production of microchips, a fire broke out not so long ago, which actually stopped the operation of the enterprise. This scourge has been compounded by the worldwide decline in microprocessor manufacturing associated with declining orders in the 2020 coronavirus. As a result, there is now a decline in car production in the world economy - in the first quarter of this year, the market will receive less than 1 million cars. This is due to the fact that Infineon Technologies AG, STM and the like cannot quickly resume the production of microchips. The crisis is expected to last until summer or early autumn.

The microchip shortage is not unique to the automotive industry. Manufacturers of a wide range of electronics and household appliances have faced similar problems. Russia has also suffered from a shortage of automotive electronic components. In particular, the warehouses are about to run out of components for the Era-Glonass rescue system, with which every new car should be equipped. Such equipment is not produced in the country on its own, therefore it is necessary to purchase it abroad. And this is just a single example that characterizes the situation in Russia with high-tech production.

In Russia now, according to HSE experts, among the advanced technologies, the production of weapons and nuclear power is at a fairly developed level. With a certain degree of convention, the Russian aerospace industry can be classified as high-tech. The example of nuclear technology does not inspire much optimism - now the world is flourishing green energy. And nuclear power plants are considered almost a toxic asset. Therefore, the Russian nuclear high-tech does not feel much demand and, accordingly, growth prospects. The aerospace sector has also not shown significant growth lately. And the arms market occupies no more than 0,2% of the world's advanced production. Therefore, the authors from the HSE believe that

"The current specialization of Russia in the markets of advanced production is characterized by insufficient potential for sustainable long-term development." 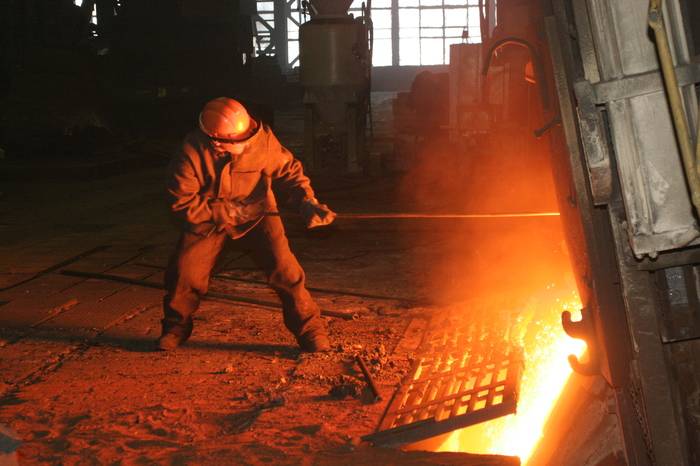 A source: KAMAZ-online
The level of Russian high-tech production currently belongs to the not-so-prestigious category of “late manufacturers”. Our country is in one company with Brazil, India, South Africa, Australia, Norway, Argentina, Kazakhstan and 28 other states. Countries such as Poland, Romania, Mexico, the United Arab Emirates and, of course, China are ahead of Russia. Further vegetation in the club of “late” threatens the state with the final transformation into a consumer of foreign technologies and, as a result, a threat to its own sovereignty.

Russia, strange as it may sound, is very dependent not on imports, but on exports. The quota of goods exported abroad reaches a very significant 25% of GDP. For comparison: the USA has such a quota of only 8%, China - 18%, Japan - 14%. The record was recorded by the Federal Republic of Germany with its 37% of GDP. The Germans know how to produce a lot of high-quality goods in demand on world markets. In Russia, they also know how to produce a lot, only 64% of exports are related to raw materials, primarily hydrocarbons. Here, whatever one may say, not much high technology and advanced production are required. But we cannot fully satisfy even the needs of the domestic raw material economy. According to the HSE, the oil and gas sector is 70% dependent on Western technologies. That is, in the event of truly serious sanctions from our opponents, a considerable part of the industry may simply stop over time. 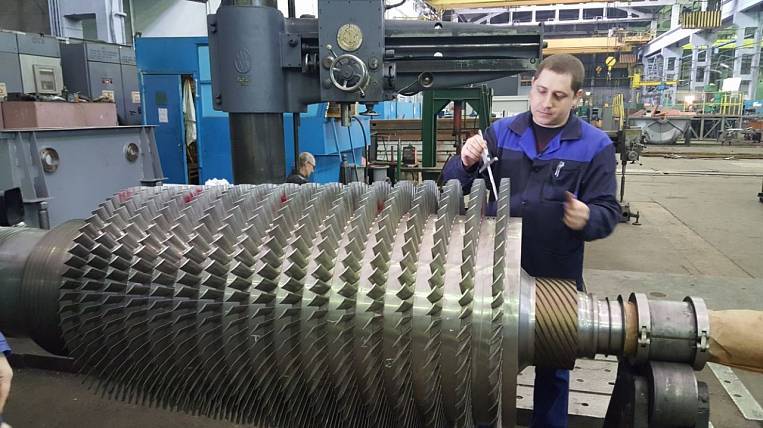 Photo: Press service of PJSC "Dalenergomash"
Let's return to 36% of the so-called non-resource non-energy exports, the growth of which the Russian leadership is so eager to see. Now it is about $ 155 billion annually. And it seems to be a big part of the market pie. But only 50 billion (by the way, in monetary terms is worse than that of Turkey) of this amount refers to cars, equipment, aerospace, food, medicine and electrical engineering. This is the so-called upper redistribution - products that require a certain level of technological excellence from manufacturers.

A few more numbers related to the structure of Russian commodity non-resource energy exports. In 2019, $ 31,4 billion accounted for the middle processing - mainly rolled metal products, paper, fabrics, meat and butter, and another $ 72,6 billion for the downstream processing - metals, fertilizers, grain, fish and lumber.

An interesting situation has developed with the polymer industry. The Zapsibneftekhim-Sibur plant in Tobolsk, which has been under construction for so long, is only increasing its export every year. On the one hand, this is good - the country receives currency from the sale of deeply refined petroleum products. On the other hand, a production base has not been formed in Russia even for the consumption of its own polymer products.

But there is still progress. Previously, we sold hydrocarbons conditionally to China, where they produced, for example, polypropylene, which Russia successfully imported. Now we sell finished polypropylene abroad and buy it as part of deeply processed products - cars, office equipment and others. What kind of high technologies can we talk about in such a situation?

At the same time, it cannot be said that the state is not taking any measures. In 2018, the President instructed to achieve $ 2024 billion in non-energy exports by 250, of which at least $ 50 billion should go to mechanical engineering products. I must say, very optimistic growth prospects, the achievement of which will still not allow Russia to enter even the ten largest non-resource exporters in the world.

The reasons for this state of affairs in the Russian technology sector have long been known. The main factor is the system that has developed since Soviet times, when fundamental science is divorced from the real sector of the economy. The research focused on the interests of the state machine, which was primarily interested in issues related to defense and energy security. Now, if the situation is changing, it is very slow.

At present, it is much easier for a Russian consumer of high-tech products to purchase what they need abroad than to place orders with domestic manufacturers. High-tech competitive to the West turns out to be more expensive in Russia, with a large import component and with vague service prospects. The example of the stillborn Superjet is a great illustration of this. 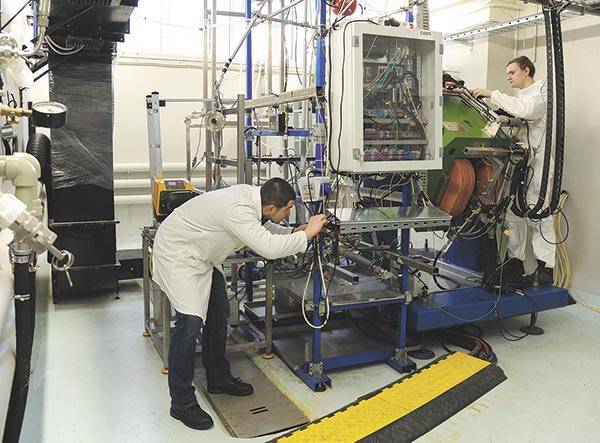 This is, for example, a powerful mathematical school that can become the basis for the biotechnology industry, artificial intelligence, additive technologies and the development of methods for processing big data. But one school is not enough, serious resources are still required for the growth of companies within the country capable of consuming such products, as well as serious political influence on Russia's economic allies.

Simply put, Moscow needs to independently create a pool of Russian high-tech buyers. Of course, under the conditions of a sanction it is difficult.

But the example with the Sputnik V vaccine gives hope for the rapid growth of the domestic high-tech sector. At least now there is experience of what and how to do, as well as where to sell. And then, quite likely, the Year of Science and Technology will turn from memories of past victories into a symbol of the country's technological growth.

Ctrl Enter
Noticed oshЫbku Highlight text and press. Ctrl + Enter
We are
Situational analysis of the death of the MH17 flight (Malaysian Boeing 777), made on the basis of engineering analysis from 15.08.2014Strangulation: the context, conduct and consequences of the American naval blockade of China
Military Reviewin Yandex News
Military Reviewin Google News
177 comments
Information
Dear reader, to leave comments on the publication, you must sign in.