KAI KF-21 project. Prototype after presentation and before testing 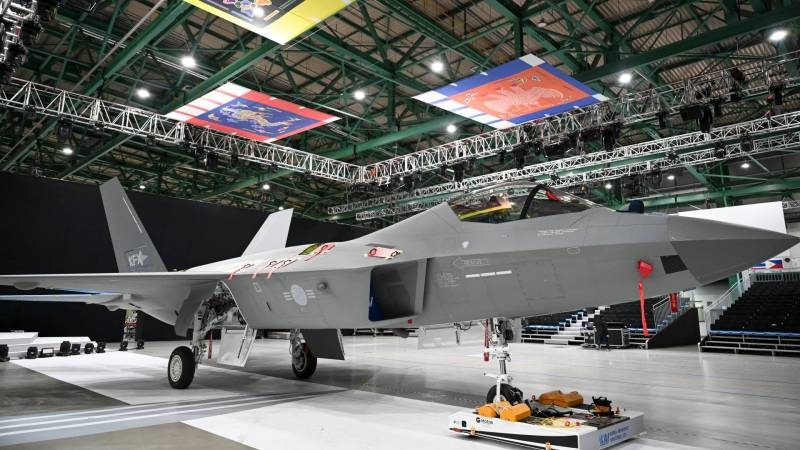 On April 9, the South Korean corporation KAI held an official presentation of the experienced KF-21 Boramae fighter. The first demonstration of the aircraft of its own design and construction was held in the form of a solemn ceremony with the participation of the supreme leadership of South Korea and Indonesia. Based on the results of this event, it is possible to re-examine a promising fighter and draw new conclusions.

South Korea began work on the creation of a promising fighter back in 2001. It was only at the beginning of the tenths that it was possible to switch from preliminary research to elaboration of the appearance of the aircraft. In December 2015, the KAI corporation received an order from the Ministry of Defense for the full development of a project with the working designation KF-X. According to the signed contract, at the beginning of the twenties, several experimental aircraft should have been taken out for testing.

In September 2019, the finished KF-X project was defended, after which the construction of the first prototype aircraft began. Later the project was renamed KF-21 and named Boramae. So in Korea they call hunting hawks aged 1-3 years - the most active, aggressive and skillful. The construction of the first prototype last year faced some difficulties, which led to a backlog of the approved schedule. However, it was possible to complete it, and now the "Yastreb" will be prepared for flight tests. 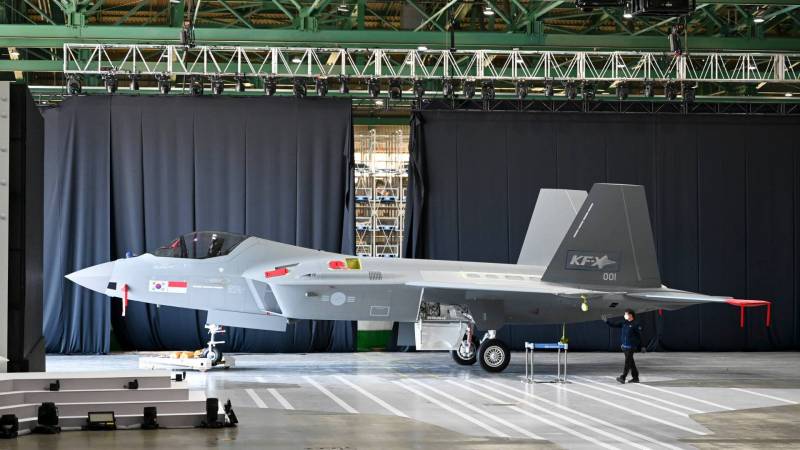 Under a 2015 contract, KAI is to build six full flight prototypes and two incomplete prototypes for ground testing. According to foreign media reports, the assembly of this equipment is already underway at the KAI plant.

The South Korean project of a promising fighter has several interesting features. First of all, this is the lack of ambition in the context of generations of technology. South Korea has limited experience in aircraft construction and therefore does not immediately try to create the last 5th generation fighter. The KF-21 project provides for the development of a 4 ++ generation aircraft.

This approach was supposed to provide sufficiently high tactical and technical characteristics with a limited complexity of the project. In addition, South Korea plans to cover the needs for 5th generation fighters by purchasing American F-35s. As a result, the need for its own next generation aircraft is not yet needed. 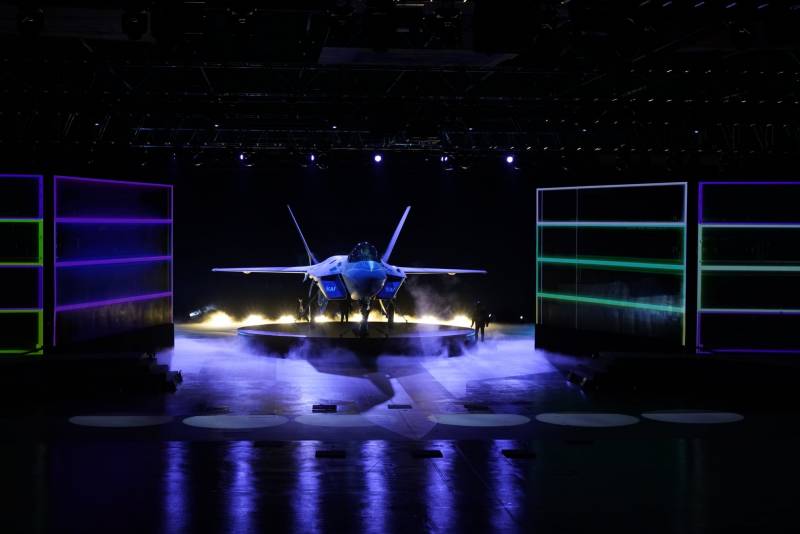 The second feature of the KF-21 is the widespread use of foreign components and technologies. South Korea lacks expertise in engines, avionics and aviation weapons. Therefore, all such components of the aviation complex are of foreign origin. At the same time, licensed production is being deployed at Korean enterprises.

During the construction, photos from the assembly shop were repeatedly published, and now the finished aircraft was shown at the ceremony. The KF-21 is a single-seat, twin-engine, multi-role fighter with a well-developed set of onboard equipment. The aircraft is built according to the normal layout with a trapezoidal wing, side air intakes and a pair of collapsed keels. 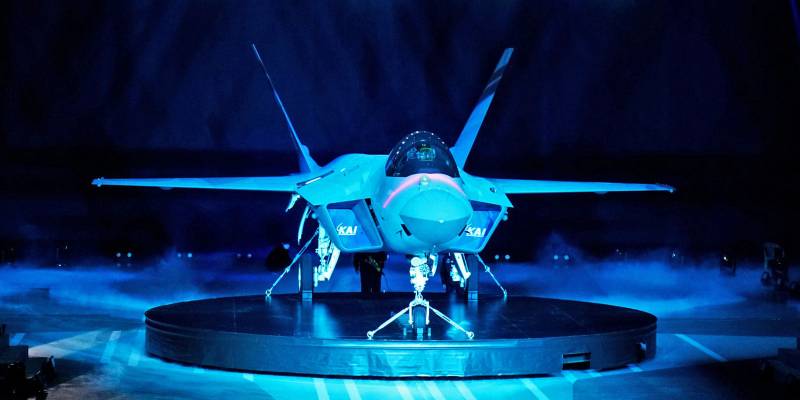 Outwardly, the Hawk is similar to the last 5th generation fighters. This is due to the use of some technologies aimed at reducing visibility in comparison with the "clean" 4th generation. At the same time, not all known stealth solutions are used, which limits the stealth characteristics and does not allow to fully compete with more advanced machines. In particular, the KF-21 did not receive internal cargo compartments for weapons.

The power plant of the aircraft consists of two General Electric F414-KI engines, produced under license by the South Korean company Hanwha Techwin. Maximum thrust of engines - 5,9 thousand kgf each, afterburner - 10 thousand kgf. Thanks to this, an aircraft with a takeoff weight of more than 17 tons (maximum approx. 25 tons) will be able to reach speeds of up to 1,8M.

The avionics of the aircraft are made up of available foreign samples and new products created with the participation of foreign organizations. Production of most of the new devices, incl. licensed, is planned to be deployed at the facilities of Hanwha Techwin. The KF-21 carries a radar with an active phased antenna array and an optical location station, included in a full-fledged sighting and navigation complex. Means of electronic warfare are provided for self-defense. 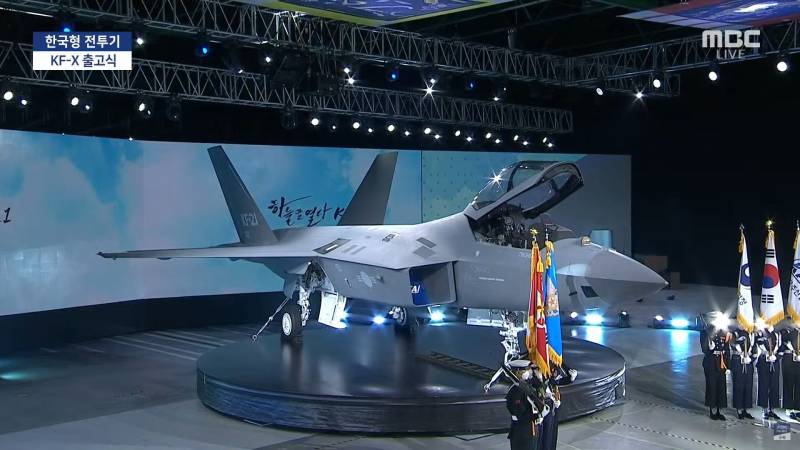 In the influx of the left wing, a place is provided for mounting a 20-mm automatic cannon. Also, the KF-21 received 10 external suspension points - 6 under the wing and 4 under the fuselage. Due to the lack of its own South Korean aircraft weapons, the aircraft will use only imported products for the foreseeable future. Thus, in the air-to-air category, the American AIM-9 and AIM-120 missiles, as well as the European Meteor and IRIS-T missiles will be presented. In a similar way, the nomenclature for work on ground targets will be selected.

The main task of KAI for the coming years is to test and refine the design of the newest KF-21. According to the latest reports, the first flight of the prototype aircraft will take place early next year. Then the emergence of new prototypes is expected, which will also be involved in testing. This stage of the program will last until the middle of the decade.

In 2026, the customer and the project developer plan to launch mass production and quickly reach high rates. So, by the end of 2028, the Ministry of Defense wants to receive 40 new aircraft. No later than 2032, they are going to accept another 80 vehicles. According to information from previous years, the construction of 120 fighters will cost approximately $ 8,8 billion. 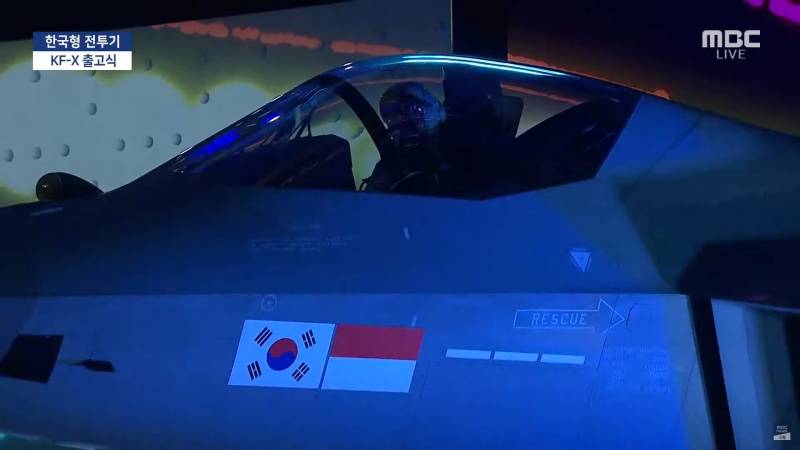 Indonesia should become the second customer of the new technology. Back in 2010, an agreement appeared, according to which the Indonesian side will take on part of the financing of the KF-X program, and a specialized version of the IF-X project will be created for it. In the future, such an aircraft will go into production, and by 2040 the Indonesian Air Force is going to receive 50 aircraft.

The plane is planned to be fully introduced to the international market. It is assumed that the KF-21 will be able to compete with other modern fighters and gain market share. The competitive advantages of the South Korean aircraft will be limited visibility and rather high flight characteristics, modern onboard equipment from leading foreign manufacturers and the possibility of introducing new instruments or weapons.

However, the KF-21 Boramae has not yet been officially launched on the international market. As a result, orders for such equipment were not received, and only the Air Forces of South Korea and Indonesia are on the list of future operators. In the near future, KAI will start taking orders and the situation may change. 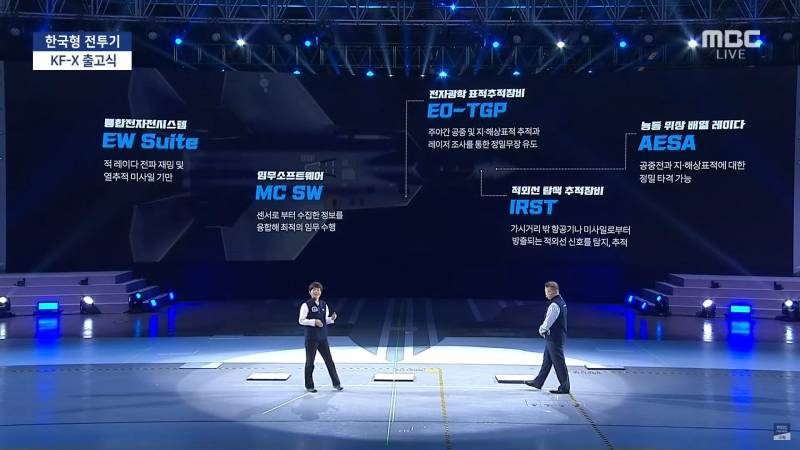 From stage to stage

South Korea had no experience in developing modern fighters, but launched its own project. Independently and with the help of foreign colleagues, KAI carried out the necessary research and development work, created a project and has already built the first prototype aircraft. In a few months, it will pass the necessary ground tests, after which it will rise into the air. Then new flight prototypes will join it.

The current situation allows the Ministry of Defense and KAI to show great optimism and hope that all the next stages of the KF-X / KF-21 program will be completed on time and in full. Also, plans are being drawn up for the long term, stipulating the production of aircraft for their own needs and for foreign customers.

In general, the KF-21 project at its current stage can be considered successful. Reasonable setting of goals and objectives, taking into account their capabilities, as well as the widespread use of someone else's help, made it possible to create a modern aircraft with good tactical and technical characteristics. Of course, the "Yastreb" is not able to compete with advanced foreign developments of the latest generation, but in the "4 ++" configuration it fully meets the requirements of the original customers and the specifics of the intended combat use.

Author:
Ryabov Kirill
Photos used:
Ministry of Defense of the Republic of Korea