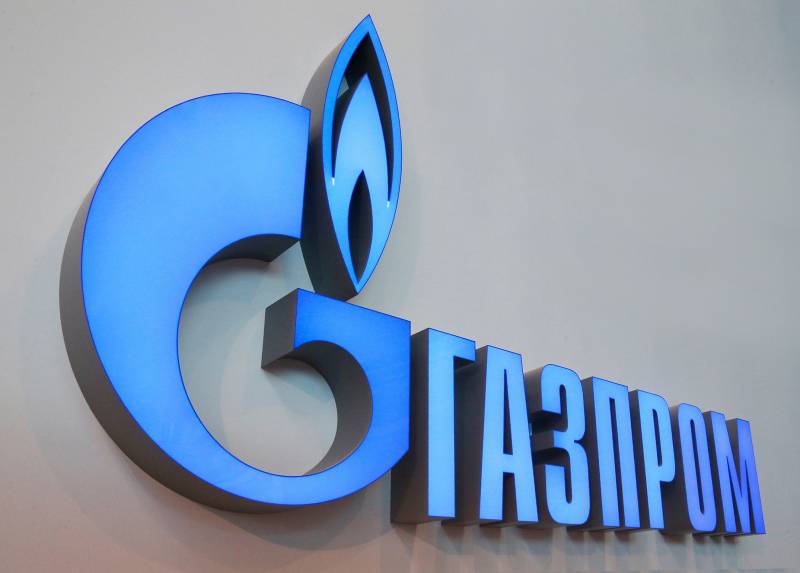 "Strength" is money too

On a holiday on April 12, 2021, it became known that the feasibility study (TEA) of the project for the construction of a gas trunkline with the space name "Soyuz Vostok" was approved. The gas pipeline should be a continuation of the Russian Power of Siberia-2 gas pipeline.

Earlier it was reported about the development of a more voluminous project document - a full-scale feasibility study (FS), but this requires much more time. It is already known that a feasibility study, including a detailed calculation of investment and operating costs, will be developed by the end of 2021.

Gazprom is currently developing a comprehensive TEA project for the supply of pipeline gas from Russia to China through Mongolia, which also includes developments via the Soyuz Vostok gas pipeline. The main parameters of the project, primarily technical ones, were worked out within the framework of the TEA.

It is known that Power of Siberia - 2 is a project of a two-line gas pipeline with a length of about 6700 kilometers, of which 2700 kilometers must pass through the territory of Russia. The gas pipeline is designed for a pressure of 10 MPa with a pipe diameter of 1420 mm. 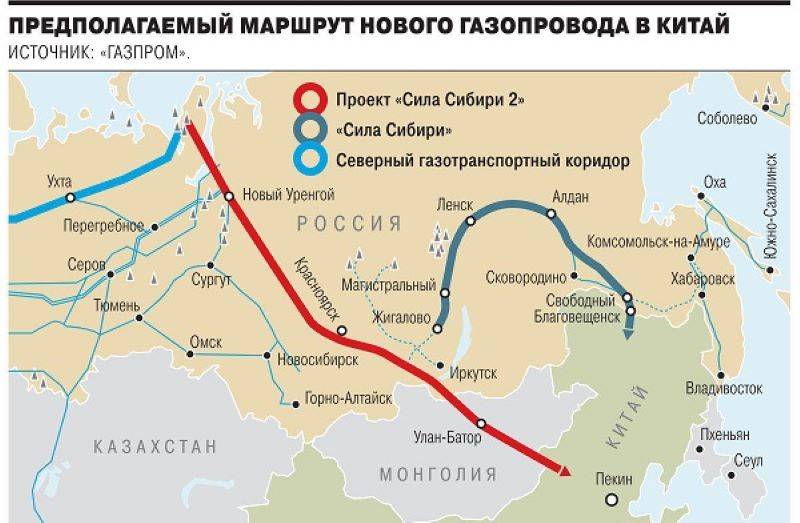 Power of Siberia - 2 makes it possible to open the way for gas from fields in Western Siberia directly to the Xinjiang Uygur Autonomous Region in western China.

A detailed study of the financial part may well be discussed later. The project is tentatively estimated in amounts comparable to Nord Stream 2, although by all indications it may turn out to be much more complicated. Currently, we are talking about a very wide price range - from 4,5 to 13,6 billion dollars.

To the East in front, to the forest in the back?

However, as noted in the press service of PJSC "Gazprom", at present the most important thing is that the optimal route has been determined along which the gas pipeline route will pass through the territory of Mongolia. In addition, not only the length of the gas pipeline has been calculated, but also the working diameter, pressure and even the number of compressor stations.

Preliminary calculated indicators of the project confirm the necessary economic efficiency of its implementation. The financing scheme has not yet been approved, although the successful experience of Nord Stream 2 will almost certainly be used.

Experts have already had time to ask the price of the export potential of the new project, although they usually talk not specifically about the Soyuz Vostok gas pipeline, but more broadly, about Power of Siberia - 2. Its capacity, in accordance with the pre-design work, should exceed the capacity of the Power of Siberia gas pipeline by at least 30 percent.

It is the high export potential of the new project that will allow Gazprom to free itself from its rigid attachment to Western buyers, having a promising eastern direction in reserve. This will make it possible to supply gas from Western Siberia for export in large volumes not only to the west, but also to the east.

The Soyuz Vostok gas pipeline is characterized by efficiency that is rare for projects of this scale. The first hints at the prospect of supplying gas to China through Mongolia, that is, directly, were sounded only at the end of 2019, but even then only in the context of the launch of the Power of Siberia - 2 project.

However, a memorandum of understanding between Gazprom and the government of Mongolia was signed almost immediately. The idea, which immediately caught the eye, began to take on real shape.

Already in March, without much noise and promotion, the head of the gas concern Alexei Miller received an order from the President of the country. However, again it was about work for Power of Siberia - 2 - the development of a feasibility study and design and survey work.

Designers and surveyors began to work only in May of the past pandemic year. And only in August 2020, another memorandum was signed with Mongolia - on the upcoming creation of a special company on its territory - an analogue of the Nord Stream operator Nord Stream AG.

The project then went into the shadows, it was overshadowed by the sanctions problems. But in January 2021 it became known that the feasibility study would be ready in the first quarter of this year. The evaluation of the designers confirmed that the project would not only be profitable, but also technically feasible.

At the same time, no one hid the difficulties - the new pipe must pass through the seismically active region. Power of Siberia - 2 also has a lot of problems with this, not so long ago, a couple of hundred kilometers from the highway, it was shaking under 9 points. And environmentalists constantly put sticks in the wheels.

About PR and the Russian atom

While the first Power of Siberia was very frankly and not always justifiably advertised as a direct alternative to gas supplies to Europe, the second was different. To all appearances, it was decided to spend money on PR to a minimum, especially taking into account complaints about the very scheme of financing the first project.

Critics clearly did not like the fact that China, the main buyer, paid mostly with delays, or only promised to pay for the gas already supplied. As regards the Power of Siberia-2 project, and hence the Soyuz Vostok gas pipeline, in this sense, little has changed.

It is good that at least someone had the idea to announce the approval of the TEA on the day of the 60th anniversary of the space age, and to give the project a “space name”. And the project is still being spent primarily on the Russian gas concern. However, this does not mean at all that the notorious pipe is almost doomed to be idle or that it will force our gas workers to give up theirs almost for nothing.

One gets the impression that gas workers have adopted business technologies that have already been tested and work well for Russian nuclear scientists. Those, as has already been written more than once in the "Military Review" (How is the Russian atom sold?), do not hesitate to lend to the construction of nuclear facilities abroad from their own funds.

Thus, it is not only Rosatom's clients who for long periods of time become its debtors, roughly speaking, hostages - including in terms of nuclear fuel supplies, repairs, maintenance, and so on. etc.

But this is the same thing in Rosatom that provides jobs, and also for many years to come, for thousands of highly qualified workers in the advanced industry. Someone, perhaps, will say that billions of state money are spent on this?

But, in our opinion, this is much better than primitively putting those billions in a box, or buying gold with them, or (and this is the worst thing) investing in reserves - that is, in foreign assets of competitors. Which on our own money will then stifle us with their sanctions.