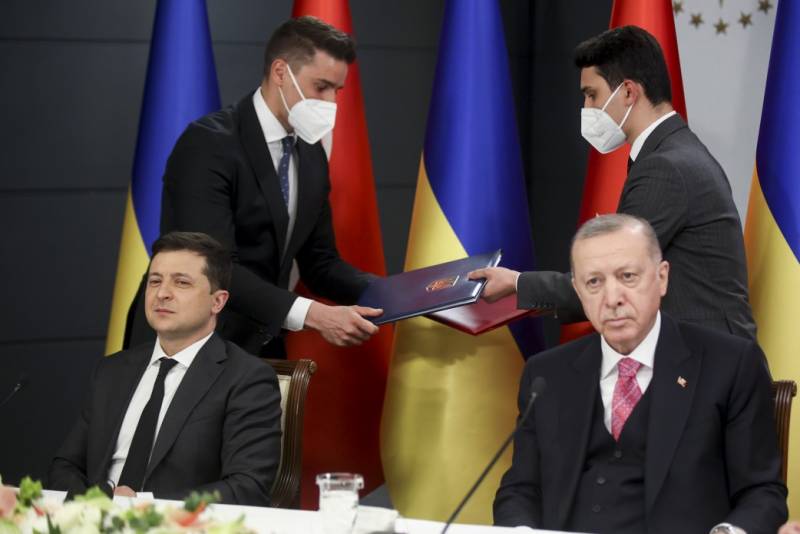 President of Ukraine Volodymyr Zelensky offered the Turkish President Recep Erdogan shares of the "nationalized" Motor Sich enterprise, which was called a "big mistake" in Ukraine. This is reported by the Ukrainian press.


Ukrainian media write that Zelensky, during his last visit to Turkey at the end of last week, offered Turkey about 50% of Motor Sich shares. According to Kiev, the enterprise should be interesting for Turkish investors, since it produces aviation engines for Turkish drones.

Do you think Zelensky just visited Ankara? A 50% stake in Motor Sich has already been offered to the Turks. The only question is, 50% "plus 1 share" or 50% "minus one share?
- the media quotes the words of a source closely familiar with the situation.

At the same time, it is emphasized that Turkey showed interest in buying Motor Sich shares last autumn.

According to Ukrainian experts, by offering to buy shares in Turkey, Zelenskiy is publicly insulting China. Even if Kiev returns Chinese investments of $ 3,5 billion, invested in Motor Sich shares and a penalty by a court decision, a very big insult to the "superpower" will be inflicted and Beijing will not forgive this. The option of transferring part of Turkey's shares in Ukraine itself is called a "big mistake."

Recall that in March of this year, Zelensky signed a decree on the "nationalization" of the Motor Sich enterprise and the withdrawal of all shares in favor of the state. Chinese investors who own shares in the enterprise have filed with international arbitration to recover the invested funds and penalties from Ukraine.

Ctrl Enter
Noticed oshЫbku Highlight text and press. Ctrl + Enter
We are
Reports from the militia of New Russia for 27-28 September 2014 of the yearDecember 2010 years. Russian March. Senseless and merciless? Notes not a Russian person
Military Reviewin Yandex News
Military Reviewin Google News
106 comments
Information
Dear reader, to leave comments on the publication, you must sign in.