April 13 2021
4
We present the fifth and sixth scenes from the cycle “Stories Great Victory "from the creators of the famous game World of Tanks. In these videos, veterans tell the truth about the Great Patriotic War, share their memories and relive the events of the 1940s. 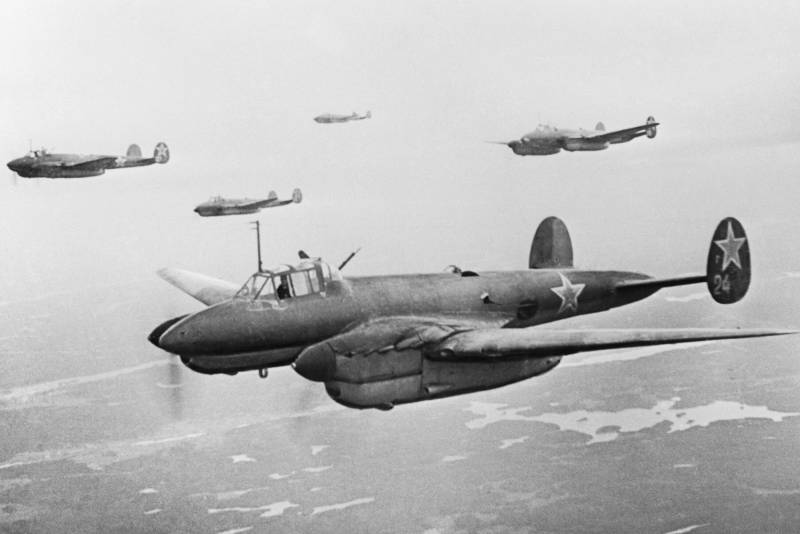 Former navigator of the plane Galina Pavlovna Brok-Beltsova recalls one of her combat missions. On that day, her Pe-2 bomber was not fully fueled - the lack of fuel was compensated for by 1200 kg of bombs on board. On the way to the target, the convoy of Soviet aircraft was met by enemy anti-aircraft guns. At the same time, one of the two engines of Galina Pavlovna's bomber failed. "Pawn" immediately found itself in the tail of the formation, and the crew faced a difficult question: to leave enemy territory with hundreds of kilograms of bombs or go forward and try to complete the task. For Galina Pavlovna, the choice was obvious.

The main group of Soviet bombers had already struck and were returning back, like the accompanying fighters. The Pe-2 moved alone, but the enemy's guns were silent. The crew dropped their bombs, photographed them and went for a U-turn. Having completed the mission, the pilot, navigator and gunner were returning home with a light heart, when suddenly the German Focke-Wulfs appeared from behind. Knowing the location of the firing points of the Soviet aircraft, the pilot of the enemy fighter flew up to the dead zone of the Pe-2, met his eyes with Galina Petrovna and asked with gestures: "Will you be shot down in one pass or in two?"

After the first round of the enemy, the pilot immediately changed course and began to randomly maneuver in the sky. The navigator at this time was listening to German language in headphones. Suddenly there was silence on the air, and 2 Soviet fighters appeared in the sky. As it turned out, they accompanied the main column and returned for their comrades, whom many had already considered dead. Galina Pavlovna remembered this combat mission for the rest of her life.


Major General Vladimir Konstantinovich Polupanov in the spring of 1945 was an ordinary sapper. His battalion took part in the Königsberg operation, but the man received a separate task: to join the assault group and attack Fort No. 5 "King Friedrich Wilhelm III" - the most impregnable fort in the capital of East Prussia.
To get to the goal, we had to organize a ferry. The soldiers made a raft on which the explosives were transported. There were not a single mine on the other side, but Vladimir Konstantinovich drew attention to the unprotected caponier protruding in front of the fort. They decided to blow up the structure in order to make a hole in the walls of the fort. A few minutes later, looking at the scale of the destruction, the soldiers guessed that there were German shells inside the caponier.
After the explosion, the soldiers of the assault group entered the fort through the breach and attacked the garrison. They cleared the upper floor with fire and grenades, and pushed the surviving enemies to the lower one. The Germans were forced to surrender by anti-tank grenades, which a Soviet sapper threw through the aisles.

Early in the morning, Vladimir Konstantinovich has already reported to the command on the completion of the task. As it turned out later, the success of this operation was followed by Marshal of the Soviet Union Alexander Mikhailovich Vasilevsky, who ordered everyone who took part in the capture of the fort to be awarded. For his feat, Vladimir Konstantinovich Polupanov was awarded the title of Hero of the Soviet Union with the Order of Lenin and the Gold Star medal.

Ctrl Enter
Noticed oshЫbku Highlight text and press. Ctrl + Enter
We are
Great Victory Stories: War Through the Eyes of VeteransAviation of the Red Army of the Great Patriotic War (part of 5) - SB-2 and DB-3 bombers
Military Reviewin Yandex News
Military Reviewin Google News
4 comments
Information
Dear reader, to leave comments on the publication, you must sign in.