Hacking the "no access zone": the Pentagon is preparing a new strategy against Russia and China 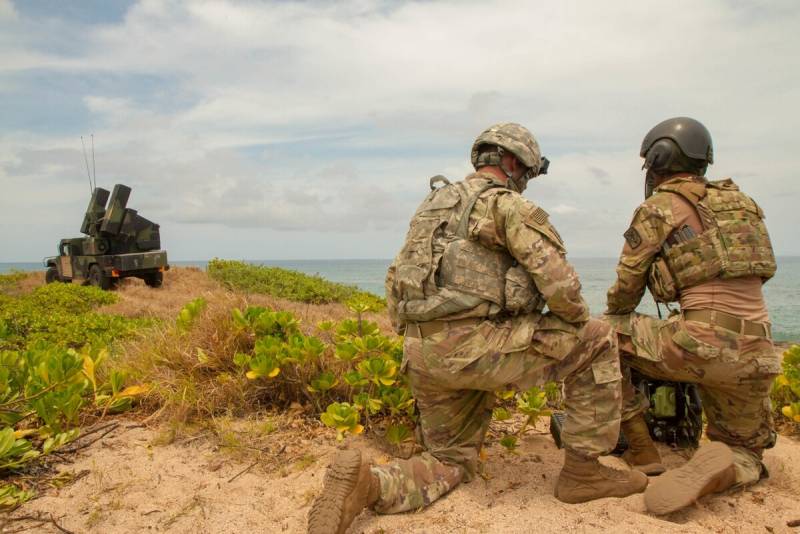 For several years now, the minds of American strategists have been agitated by the idea of ​​developing a full-fledged multi-domain strike force capable of fighting equally effectively on land, in the air, on water, in space and in cyberspace. The reason for this seemingly quite logical step was the defense strategies of Russia and China.

Over the decades, the antagonistic countries of the United States have created a completely effective system of "denial of access" to their own territory, or, as it is scientifically called in the Pentagon, Anti-Access / Area Denial, A2 / AD. This term refers to a set of measures aimed at preserving Moscow and Beijing's own sovereignty. The Americans are simply not allowed to try to occupy these countries, like Iraq or Syria, without massive bloodshed. In the event of an invasion, the armed forces of Russia and China must inflict such damage on the American army in the event of an invasion that the US electorate will find absolutely unacceptable within the framework of the "no-access zones".

The United States, with its decades-long strategy, has itself set a precedent for Russian-Chinese retaliatory actions. The Pentagon has always focused its main attack on the forces of the Navy and Air Force. Most often, technological superiority allowed the Americans to destroy most of the enemy's forces with missile weapons и aviation... To one degree or another, this happened in Korea, Vietnam, Iraq and Libya. 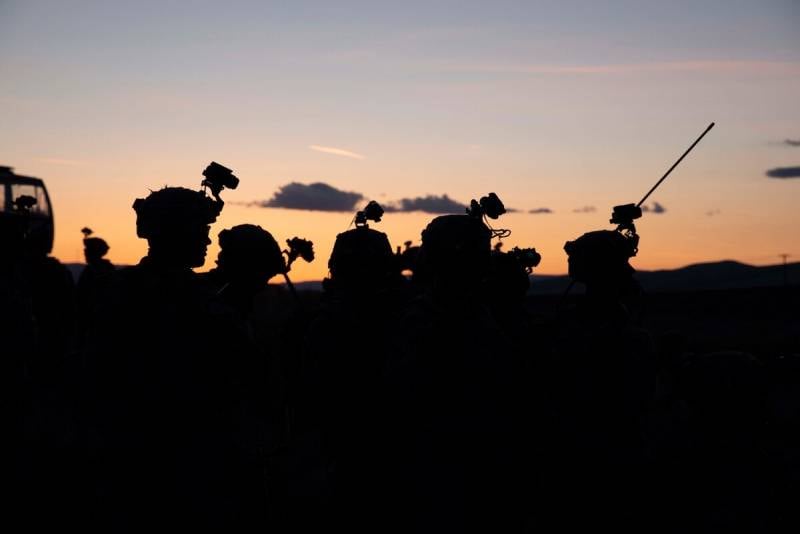 Source: armytimes.com
In recent years, the US ground forces have been assigned a mission to combat terrorists, as well as to hold captured local facilities. There was no talk of any direct confrontation with a real regular army, like the Russian or Chinese. Such wars were supposed to be waged by aircraft carriers and their retinue and the world's most modern air force. But all this is possible only at a distance from the main territory of potential adversaries. As soon as the war gets close to the coast or borders of Russia and China, the situation for the United States will be dire. At least that's what American analysts think in their recent report Army Multi-Domain Transformation: Ready to win in Competition and Conflict. The most dangerous for the security of the United States is China, whose combined military power by 2040 will be equal to that of the United States. Together with Moscow, Beijing by this time will be able to challenge the entire NATO bloc.

Pentagon analysts in stories with multi-domain forces give the example of 1940. France, possessing the strongest army for its time and the Maginot defensive line, fell in a few weeks to the highly mobile troops of the Third Reich. The United States refuses to repeat the fate of France and is ready for an early change in the ground forces.

The American salvation in this situation is multi-domain (multi-sphere) ground forces capable of coordinating their actions with aviation, fleet, space group and cyber units. According to the idea of ​​the developers, the ground units should establish operational communication with all of the above directly, bypassing the general headquarters. The closest to what is described is the MDTF-1 Multi-Domain Task Force, formed back in 2018.

The multi-domain division is located at the Lewis-McCord base in Washington state and has performed well over two years. True, only during exercises. In 2018, MDTF-1 was seen on NATO RIMPAC maneuvers.

It was decided to replicate the experience of MDTF-1 in 2021 in three more regions - in Germany, in the Pacific Ocean and in the Arctic. Interestingly, multi-domain unit structures can scale from the operational level to strategically significant strike forces. Tactical nuclear weapons are expected to appear in the most advanced version of the MDTF. 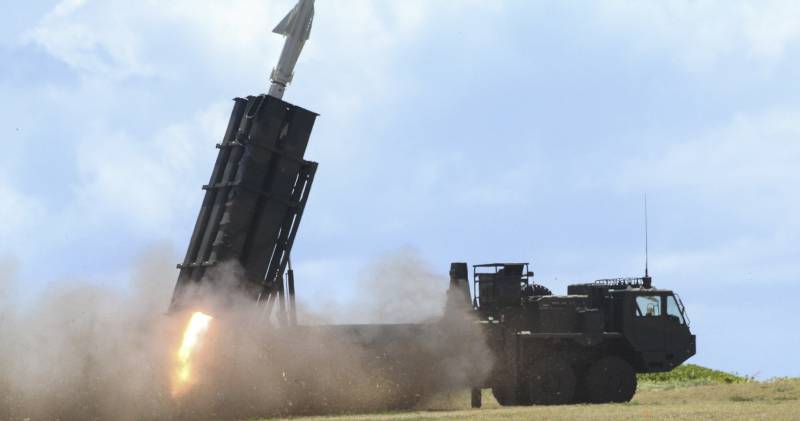 Source: media.defense.gov
The multidomain forces should become in the future hypothetical conflict a backbone unit around which the entire operation to break into the notorious "access denial zone" will revolve. The combat formation includes a multifunctional reconnaissance battalion, cyber warfare, electronic warfare and space communications.

It is he who is the main "highlight" of the multi-domain unit, distinguishing it from the rest. The direct strike functions in the MDTF are performed by a strike battalion consisting of a HIMARS MLRS battery, a battery of medium-range missiles of the SM-6 or Tomahawk type, as well as long-range hypersonic missiles. The air defense role is performed by a separate Air Defense Battalion. This structure is approximate and can vary widely depending on the tasks. 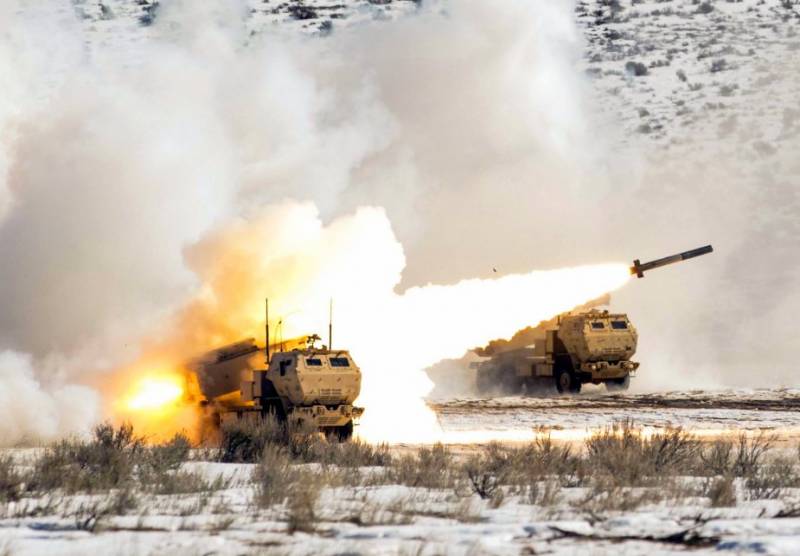 Source: armyrecognition.com
Deploying a multi-domain force will require massive changes in several technology areas from the US Army. Funding for a number of developments has already been partially allocated in the last couple of years.

Secondly, it is for the multi-domain forces that the optionally inhabited BMP OMFV, the AMPV armored personnel carrier to replace the well-deserved M113 and the light tank of the MPF project are created. There are also plans to saturate multi-domain forces with robotic platforms of the light and middle class.

The third technological challenge associated with the new "omnipotent" divisions is the development of a family of convertiplanes of various classes and purposes. The first vehicles, which even have a vague appearance, should come to the troops by 2030.

The fourth direction of development for multi-domain technology lies in the development of a unified information and communication environment. This definition, which has already set the teeth on edge, should provide a qualitative advantage of the MDTF over the enemy in terms of command and control.

The fifth point of the development plan was a progressive air defense and missile defense, designed to close the sky not only from aircraft and missiles, but also from enemy artillery ammunition.

And, finally, the high-tech equipment of the fighters is becoming the icing on the cake in the system of multi-domain divisions. Perfect night vision and augmented reality systems will dominate the battlefield.

The Pentagon is trying to predict how the Americans will fight in 10, 20 and 30 years. The creation of MDFT Multi-Domain OUs is one of the most important steps along this path, but it is not the only one.

There are plans to hold large-scale military games in cyberspace on existing gaming platforms. One such company RAND held in September last year, when the latest robotic units of the United States and frankly outdated Russian troops fought in a virtual battle. It happened in 2030 in the Baltics. Analysts, in particular, during the game decided on the specifics of the use of ground combat drones. The US military will commission science fiction writers to develop options for the development of events on the battlefields of the future. In the near future, a competition will be announced for the best work of this format.

The search for scenarios for future wars has become for Americans not only a stimulus for technological development, but also a creative challenge.