Ex-Ambassador of Ukraine to Washington: The USA proposes to start deliveries of fighters under Lend-Lease 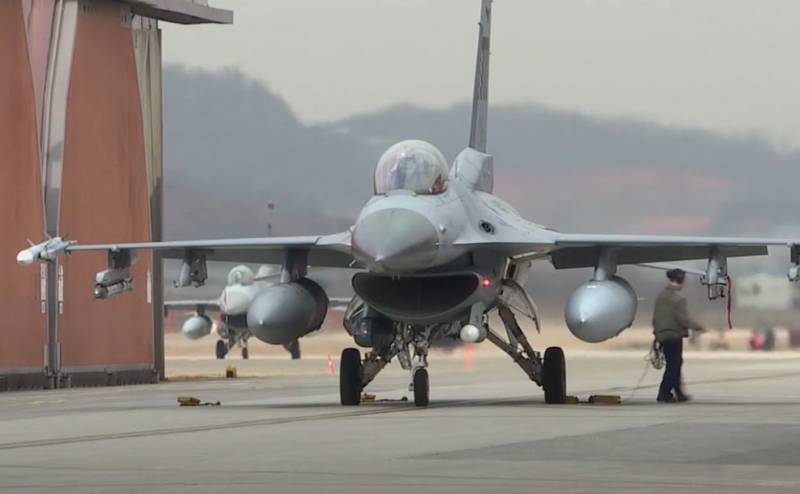 Now the topic of updating the Ukrainian military aircraft fleet was raised by the former Ukrainian ambassador to the United States, Valeriy Chaly. He claims that Washington "offers Ukraine to start supplying fighters under Lend-Lease."

Chaly said that he has "friends in the American military-industrial sector" who "together with others are proposing a lend-lease option for Ukraine." According to the Ukrainian diplomat, with the help of these aircraft, "Ukraine will not only create a threat to Russia there, but will fairly update its air force."

Our aircraft fleet is outdated, these Su and MiGs must be decommissioned.
It should be recalled that at one time the United States (immediately after the end of the Lend-Lease program) demanded payments from the countries to which the deliveries were made (including the USSR). Also, the Americans demanded that the equipment left over after the war be returned to them, or that it be written off with destruction. At the same time, negotiations on the amount of compensation continued many years after the war. As a result, the Russian Federation also paid part of the debt for lend-lease deliveries.

Apparently, in Ukraine, speaking about Lend-Lease, they believe that this military-technical assistance from the United States can be free of charge. But the USA is not the USSR, it is customary to beat out debts there to the last.
Ctrl Enter
Noticed oshЫbku Highlight text and press. Ctrl + Enter
We are
Reports from the militia of New Russia for 27-28 September 2014 of the yearYuri Drozdov: Russia prepared the role of the sacrificial calf
Military Reviewin Yandex News
Military Reviewin Google News
108 comments
Ad