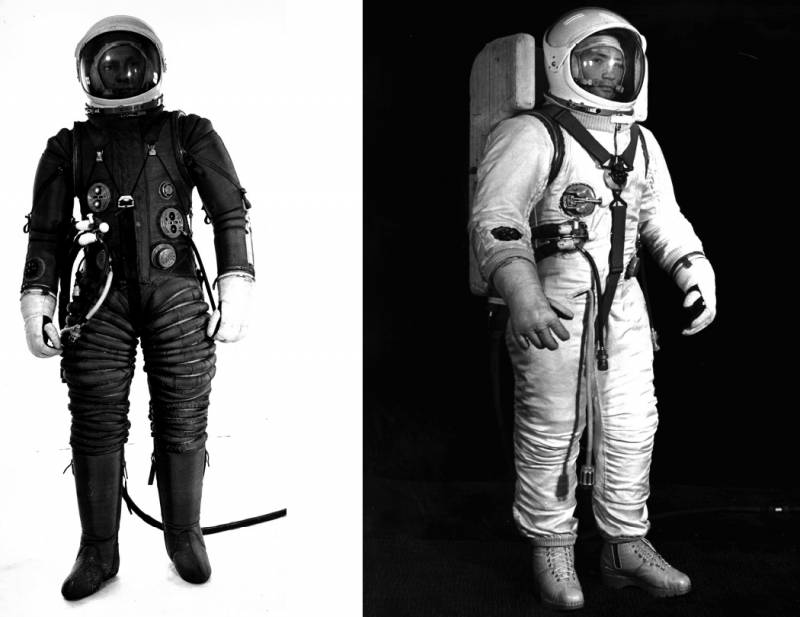 The famous step of Neil Armstrong was not only a truly great step for all mankind, but also put an end to the lunar race with the Soviet Union, from which the United States emerged as unconditional victors.


Nevertheless, in the Soviet Union, stormy and largely effective work was in full swing in preparation for the landing on the moon. For this purpose, at the research and production enterprise "Zvezda", two fundamentally different spacesuits were developed at once: soft and semi-rigid types.

The semi-rigid spacesuit ("Krechet") was based on an aluminum cuirass combined with a pressure helmet. While the legs and sleeves were made of soft materials, there were metal hinges at the folds.

The soft spacesuit ("Eagle") was deprived of its metal cuirass. Spacesuits of this type at that time were considered "classic", and their manufacture was perfected not only in the USSR, but also in the USA.

SC "Orel" was developed according to the classic for that time scheme of soft spacesuits with a removable back pack, which housed a life support system called "Baikal". The Orel SC was based on the Yastreb spacewalk suit with improved characteristics, including higher mobility of the lower limbs and with additional equipment required during the landing on the moon.

The spacesuit had: a heat-protective shell, a removable pressure helmet, a ventilating suit, and a little later - a water-cooled suit.

The outer shell of the spacesuit consisted of two layers: an outer power one made of nylon and an inner sealed one made of rubberized fabric.

In the area of ​​the abdomen and chest there was a gap through which the spacesuit was put on. Further, the opening was sealed and covered with an outer shell using lacing.

Joint mobility was provided by bearings.

As a result of the design work, the Orel SC acquired its finished form and became a full-fledged lightweight alternative to the semi-rigid Krechet SC. The weight of the SC "Eagle" was 26 kg, and the backpack with a life support system was 60 kg.

The Eagle soft-type spacesuit has become a worthy product with all the advantages and disadvantages of a soft design. 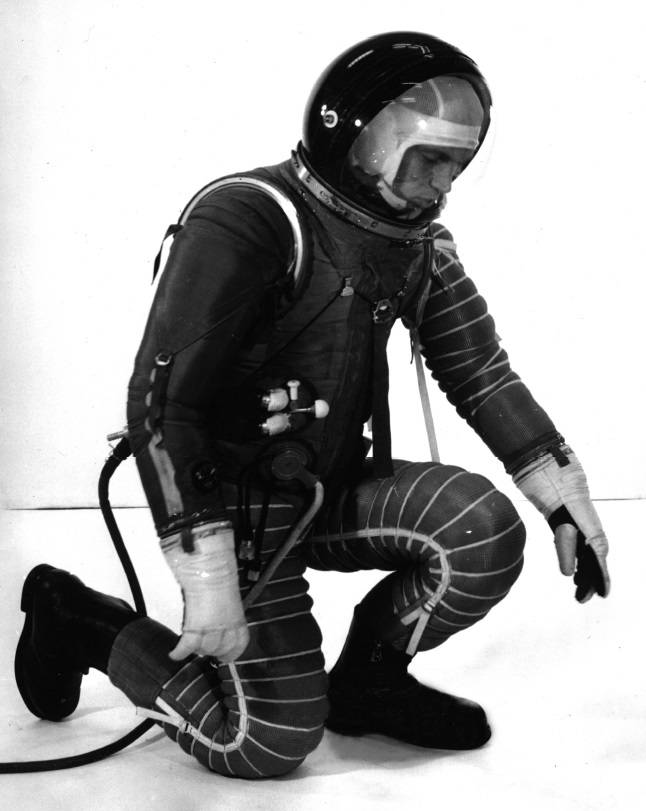 SK "Oryol" had both its supporters and opponents. It was like a winter rubber fan arguing with and without spikes.

Although the "Eagle" was more compact and lighter, but under excessive pressure it nevertheless swelled up, acquiring puffy shapes. It was difficult to install the necessary controls on it. And the life support system was in a separate knapsack and was connected to the UK by external communications.

The soft-type spacesuit was more difficult to put on, seal and adjust to the height of a person.

Against the background of all this, the semi-rigid design of the SC looked much more attractive. 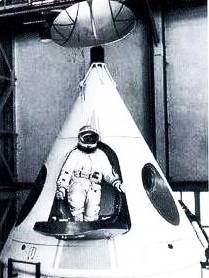 Despite the fact that in the end, Krechet-3 was chosen as the main lunar spacesuit for the L-94 program, it was planned to use the Eagle as part of the LK-700 alternative lunar program.