In Britain, it was reported about the overturning of an armored vehicle during maneuvers near Salisbury 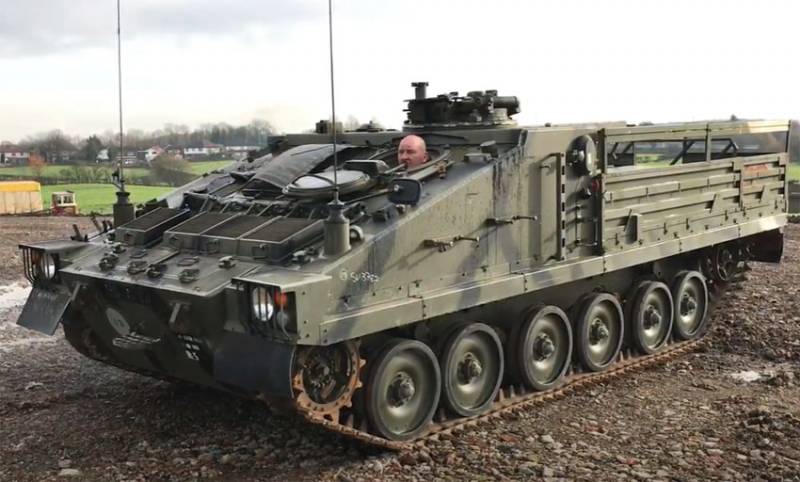 Reports are coming from Britain about an incident with one of the armored vehicles during maneuvers. According to the latest reports, an armored vehicle of the Royal British Ground Forces capsized. The British press writes about it.


From the material of the British media:

From the material Daily Mail:

The Dorset and Wiltshire Fire and Rescue Service said a brigade from Amesbury had been dispatched to the scene of the incident. The members of the brigade first of all inquired about the crew members and proceeded to establish whether fuel was leaking from the tanks of the armored vehicle.
According to some reports, the fuel spilled onto the soil. This could lead to fire.

There is no information yet on whether there was any ammunition on board the armored vehicle of the British Army.

The British army tank turned into an awkward turtle, caught on a shell. 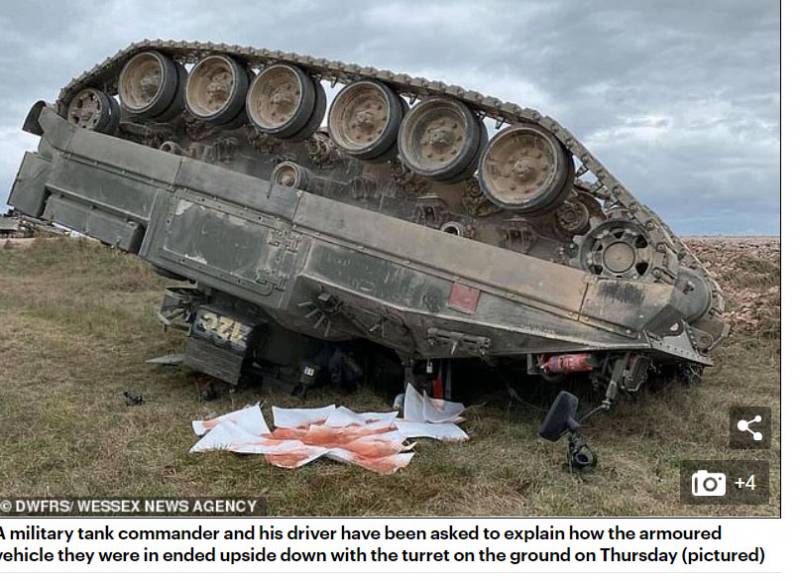 Photo
The reasons for the incident are being investigated. According to some reports, the rollover occurred during an exercise this week.

According to the latest information, we can talk about the tracked armored personnel carrier FV4333 "STORMER". Such armored vehicles can be equipped with various types of weapons, including anti-tank missile systems. Several of these armored vehicles are involved in maneuvers before being sent to a training exercise in Canada.

Readers' comments in the British press:

The driver corrected makeup while driving
Seeing this, Ukraine will definitely be overwhelmed by NATO support.

Serious question. The media get a set of photos and are forced to come up with history what happened. Didn't they send them a press release with details?