Go! Interesting facts about the first manned flight into space

In our country today there are two big uniting people, regardless of their views and political preferences, events - this is the Victory in the Great Patriotic War and the first manned flight into space. Moreover, the name of the first cosmonaut in stories The lands are known today not only in Russia, but also in the world. Yuri Gagarin today is one of the brightest historical characters associated with our country.


At the same time, the merits of Soviet cosmonautics in the world are highly recognized. In April 2011, at a special meeting of the UN General Assembly, countries adopted a resolution that officially proclaimed April 12 as the International Day of Human Space Flight. More than 60 states of the world have become co-authors of this resolution.

Thus, the Cosmonautics Day holiday, which was previously celebrated in the USSR and then in Russia, received international status and recognition.

The USSR soberly assessed the risks associated with the first manned flight into space. Yuri Gagarin accomplished a real feat on April 12, 1961. And the point is not only that no man had ever flown into space before him, but that this flight could be his first and last. At the same time, problems could arise even at the final stage of flight during deceleration and entry of the descent vehicle into the Earth's atmosphere. 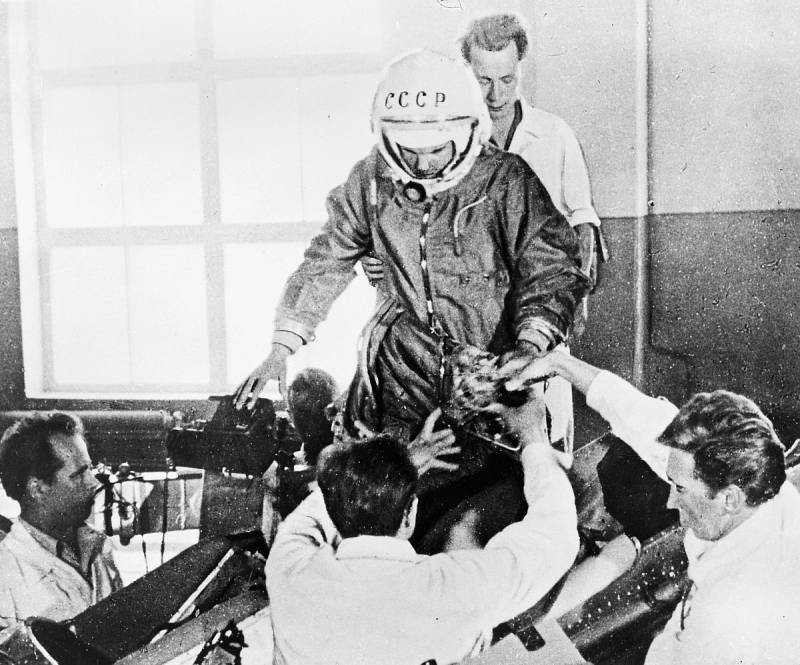 Yuri Gagarin, photo from Roscosmos, www.roscosmos.ru
The Soviet Union was not going to hide information about the flight of the first man into space, regardless of the outcome of the flight. Just in case, TASS (Telegraph Agency of the Soviet Union) prepared three versions of the message at once.

The first is solemn in case of a successful flight. The second - in case the spacecraft with the cosmonaut lands in a different area and not on the territory of the USSR. This message was supposed to warn the countries that an astronaut could land on their territory and he would need help. The third message prepared by TASS was tragic, in case of Gagarin's death.

Fortunately for Yuri Gagarin and for all of us, the first flight into space was completed successfully. On April 12, 1961, the inhabitants of the Earth heard the solemn address of TASS, which marked a new stage in the space era of mankind.

How the famous phrase "Let's go!"

The phrase "Let's go!" became truly winged, it was pronounced by the first cosmonaut Yuri Gagarin during the launch on April 12, 1961. The capacious phrase very quickly turned into a real symbol that personified a new, space era in the history of all mankind.

There are several versions of where exactly this phrase came from, but all these versions are united by test pilot Mark Gallay, who was a methodologist and instructor of the first detachment of Soviet cosmonauts. During takeoff, Mark Gallay instead of the statutory phrase "Crew, take off!" often said exactly "Let's go!", the same phrase began exercises on simulators imitating a spaceship. Perhaps this is what prompted Gagarin to utter the phrase that eventually became famous. 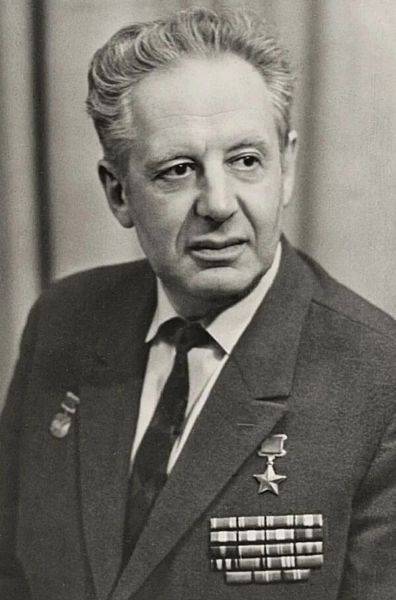 Test pilot Mark Lazarevich Gallay
In his memoirs, the test pilot wrote that he felt for the phrase "Crew, take off!" a very real dislike. It developed in him after Gallay once heard this phrase from a pilot who flew in light aircraft. The phrase was intended for a "crew" of one person.

At the same time, the writer Oleg Divov, who was personally acquainted with Mark Gallai, adhered to a slightly different version of events. According to him, the phrase was from the test pilot's favorite anecdote: “Let's go! - said the parrot when the cat dragged him out of the cage by the tail. When Mark Gallay uttered this phrase in training at the cosmonaut training center, the cosmonauts understood what he meant. At the same time, Gagarin liked both the phrase and the humor of the instructor.

At the end of 2020, Roscosmos even decided to patent Gagarin's famous phrase “Let's go!”. It was necessary for the state corporation to protect the phrase with a patent and prevent unfair competition. In "Roskosmos" hopes in this way to protect the well-known phrase from those entrepreneurs who "are alien to the legal field and historical memory."

Gagarin's flight was in autopilot mode

The first manned flight into space presented many challenges and difficulties. Scientists and researchers simply did not know how the human body would react and endure extreme overloads. The question arose as to whether the cosmonaut's psyche would be able to withstand the flight conditions, whether he would be able to remain sane and maintain efficiency in zero gravity conditions. 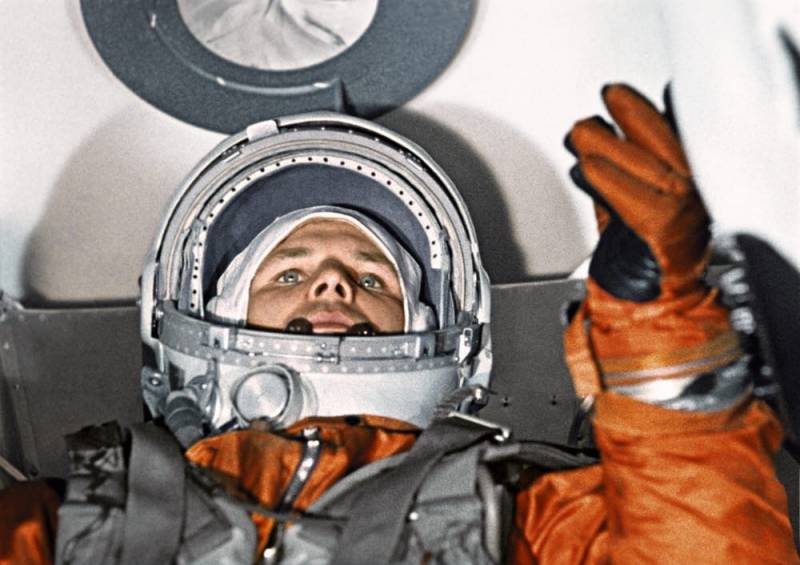 In order to minimize all possible risks, it was decided to conduct the flight in a fully automatic mode. Yuri Gagarin could take control only in the event of a failure of the ship's automatic systems, but for this he had to enter a special digital code.

Some doctors feared that during the flight, the astronaut, who found himself in a stressful situation that not a single person on Earth faced, would lose control of himself and would want to take control, switching to manual mode without any need for this. To be on the safe side, the secret code was placed in a special sealed envelope next to the cosmonaut's seat. Psychologists rightly believed that only a person of sound mind could open the envelope to extract the code.

The USSR hid that Gagarin landed by parachute

The peculiarities of the Vostok spacecraft, on which Yuri Gagarin flew into space, did not imply a soft landing. Such a system was necessary for the safe landing of the device, but at that time it was not on the Soviet ship. In the USSR, such a technology had not yet been created at that time, and without it, the astronaut could simply die with a sharp impact on the ground.

To solve this problem, a scheme was invented with ejection from the descent vehicle 10 minutes before landing and landing of the astronaut by parachute. Yuri Gagarin did just that. At an altitude of 7 kilometers, guided by a flight plan, Gagarin ejected and continued his descent by parachute separately from the apparatus. 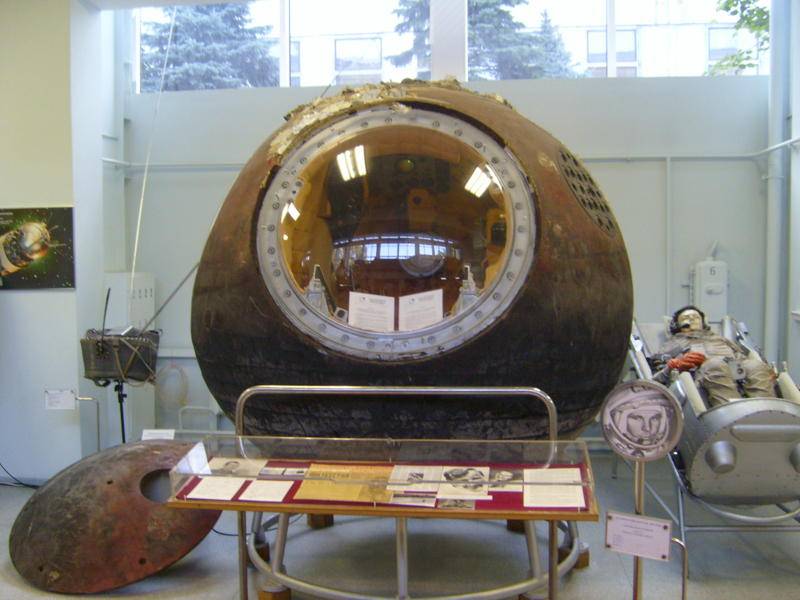 The descent vehicle of the Vostok spacecraft at the RSC Energia museum
At the same time, the first cosmonaut could have landed in the cold Volga, but good preflight training of the first cosmonaut helped here. Controlling the lines, Yuri Gagarin managed to take the parachute away from the surface of the river, landing in a field about 1,5-2 kilometers from the river bank.

For a long time, the USSR hid the very fact of the astronaut landing on a parachute separately from the spacecraft. The point was that to fix the record in accordance with the applicable rules of the International aviation Federation at the time of landing, the cosmonauts had to be inside the descent capsule. To ensure that the results of the first flight were not discredited, the USSR hid the details of the first cosmonaut's landing from their Western colleagues for many years.

Problems with the Vostok ship began already at the start

The flight of Yuri Gagarin into space was accompanied by various emergency situations and malfunctions on board, which, if the situation developed unfavorably, could lead to a tragedy. At one time, the TASS agency told about 10 such emergency situations on board the Vostok-1 ship. All of them only emphasized how heroic and difficult this flight was both for Gagarin himself and for the designers, primarily Sergei Korolev, who is worried about the life of an astronaut.

The first of the emergency situations arose just before the start on April 12, 1961. When Yuri Gagarin was already in his seat inside the Vostok cockpit, it turned out that the hatch with a sealing cover had closed, but one of the three “hatch closed” contacts did not work and did not close. 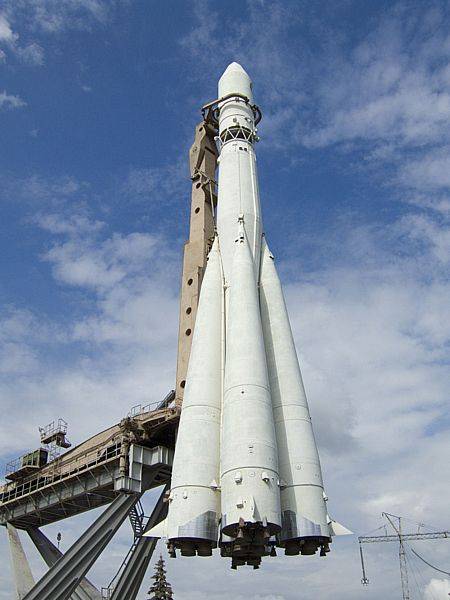 Vostok rocket replica, VDNKh, Moscow
This contact was very important for the flight. Due to the correct actuation of the contact during descent, after the hatch cover had been shot off, the timer for the ejection of the astronaut from the descent vehicle should have been activated. At the direction of Sergei Korolyov, the hatch had to be opened, the contact was corrected, after which it was closed again.

At the same time, they did not want to postpone the launch because of such an unplanned trifle. In the USSR, there were already rumors among informed people that the Americans were planning the first launch of a man into space in the coming weeks. Therefore, the contact was corrected as quickly as possible. The team of engineers, working at the speed of the best Formula 1 mechanics, unscrewed more than 30 nuts, lifted the sealing hatch and adjusted the contact, after which the hatch was closed again.

The astronaut naturally realized when the hatch reopened that something had gone wrong. Later, Gagarin said that Sergei Korolev explained to him that one contact for some reason does not press, but everything will be fine. According to legend, all the time while the specialists were correcting the situation with the hatch, Yuri Gagarin was whistling the tune of the song "Motherland hears, Motherland knows" and outwardly was absolutely calm.

After the flight of Yuri Gagarin, the title of "Pilot-Cosmonaut of the USSR" was established

Just two days after the famous flight on April 14, 1961, by decree of the Presidium of the Supreme Soviet of the USSR, a new title of "Pilot-Cosmonaut of the USSR" was established. The title was established directly in honor of the first manned flight into space, performed by a Soviet citizen Yuri Alekseevich Gagarin on the Vostok spacecraft. 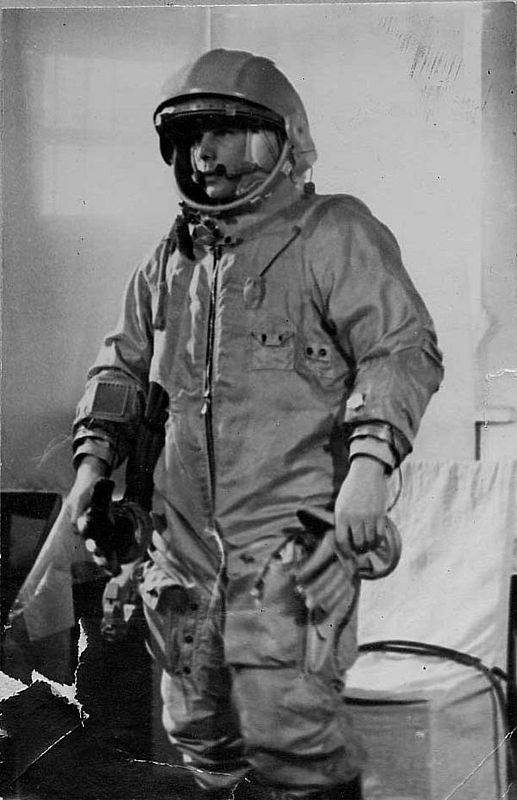 In total, from 1961 to 1991, 72 citizens of the Soviet Union were awarded this honorary title. Toktar Aubakirov became the last pilot-cosmonaut in the history of the USSR in October 1991.

On March 20, 1992, a new title of "Pilot-Cosmonaut of the Russian Federation" and a corresponding badge were established in the country. They also began to number anew as an astronaut. Alexander Kaleri, who returned to Earth on August 1, 10, received the No. 1992 badge in Russia.