General of the Armed Forces of Ukraine: "If there is an attack from Russia, there is no need to wait for the US and NATO divisions the very next day." 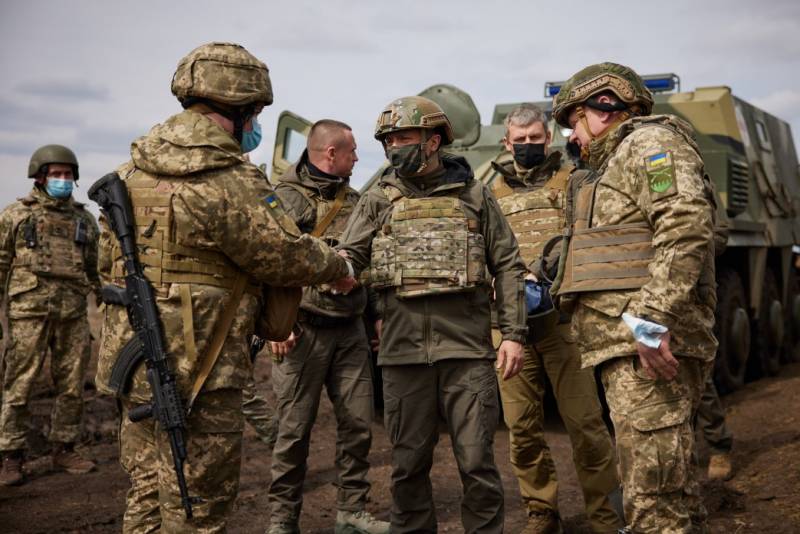 In Ukraine, they continue to escalate the situation, claiming that Russia is allegedly preparing for an attack. All sorts of political and military representatives of the neighboring country speak out on this every day. Among them is Lieutenant General of the Armed Forces of Ukraine, ex-commander of the so-called "ATO" in Donbass, Mikhail Zabrodsky.

Despite the fact that we are supported by the West and the power of our armed forces is growing, it cannot be ruled out that Russia will attack Ukraine.
It is worth recalling that the same people speak about the "impending attack on Ukraine" who have been claiming for more than 7 years that Russia attacked Ukraine and that the RF Armed Forces are fighting against the Armed Forces of Ukraine.

Russia can find in our country people who are interested in the Russian occupation.
According to the General of the Armed Forces of Ukraine, "if Russia decides to attack Ukraine, then the implementation of such a plan will take from one day to weeks."

They have the technical and purely military ability to carry out their plans.
At the same time, Zabrodsky declares that it will be difficult for Russia to keep the occupied territories.

The ex-commander of "ATO" in his interview added that Ukraine needs a balanced approach to how the situation is developing. The Lieutenant General of the Armed Forces of Ukraine noted that "if there is an attack from Russia, then there is no need to wait for the US and NATO divisions the next day."

It should be understood that even in the event of an attack on one of the NATO countries, a reaction from all members of the alliance will not immediately follow. They have a complex and far from automatic mechanism there.
The General of the Armed Forces of Ukraine added that Ukraine, first of all, needs to rely on itself, although in the West they declare their support.