Only in fairy tales, white and fluffy are always kind and defenseless 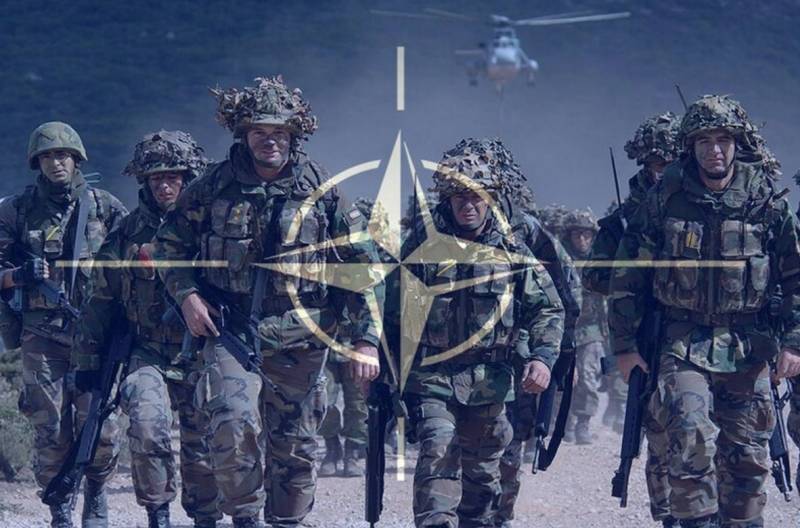 Have you ever thought about why our perception of some countries, including powerful enough, affecting the geopolitical situation in the world, for the most part does not correspond to reality? Why are we so often surprised at the decisions or actions of these states, which destroy the entire harmonious logical system built in our imagination?


If you ask now about the countries that, in order to solve their own problems, may not hesitate to use military force, bypassing international treaties and decisions of the UN Security Council, then the majority will name Israel, the United States, possibly Russia and a couple of other countries. At the same time, for example, NATO member countries will remain on the list of those who will be forced to do this by their elder brother - the United States.

Even the fact that in American adventures in various countries of the world, servicemen of the alliance countries are necessarily exposed, does not change the attitude of the majority of ordinary people towards these countries.

“Well, what can they do if they are near the parliament, the presidential residence, all over the country, etc. are there American military bases? And their economy is completely dependent on the United States. "
We even feel sorry for them somewhere inside ourselves. Dependent countries, what to take from them ...

In the wild, white and fluffy don't survive

Today we will focus on those who seem to us. About those who created from their countries the image of such smart, kind, understanding everything, but weak-character states. States that would be happy not to be enemies, but they are simply forced to be. A sort of reluctant enemies. Evil Yankees bent the European countries. And they are forced to pretend that they are enemies of Russia. In fact, as soon as - so right away ... As soon as the Americans remove their hand from the European genitals, Europe will rush to Russia with assurances of love and friendship.

Remember those European axioms that are stubbornly hammering into our heads, explaining the existence of the NATO bloc? The block was created for European security! Okay. But the question arises, security from whom? From Russia, China, Iran, North Korea or some African Sao Tome and Principe? I understand that the alliance was created against the Department of Internal Affairs. But again there is a discrepancy. Just by the time of creation.

Today there are two main arguments that are forcing Europeans to spend more and more money on defense.

First, the growing threats to European security. The whole world wakes up in the morning and begins to invent tricks for this very safety of them. Africans don't even hunt for antelope, until some local sorcerer sends another plague on Europe. I won't write about Russians, Chinese and other North Koreans.

And secondly, you have to pay more for security if you do not want to become an outcast. We need to “share the financial burden more equitably” with security spending! Personally, it reminds me very much of our 90s, when brave guys in leather jackets came to the store and offered security services, "so that bandits do not run into you."

When the alliance was created, it was clear against whom it was being done. Both the Americans and their European allies perfectly understood the power and capabilities of the USSR. It is this, as well as the traditional American desire to "fight when victory is near and losses will be minimal" with large acquisitions after victory, that became the reason for the creation of the bloc. Europeans will fight on the European continent, and the United States will simply cut coupons from this war.

The situation has changed over time. The "poor" Europeans realized how well one can live under the American umbrella. Not only did the absence of huge military spending really help to quickly "get fat" economically, Europe began to understand that it was not at all necessary to fight with its eastern neighbor. The Americans will do it. And "powerful European armies" will become an appendage of American troops.

Only albinos, those very white and fluffy, do not live long in nature. The slowly mounting crisis in the United States has forced Washington to moderate its military appetites. And the effectiveness of investments in the military sphere began to fall catastrophically. With a military budget that exceeds the total budget of all other countries combined, the United States not only ceased to be leaders, but also began to lag behind in some positions.

And what is the way out of this situation for Europe? Continue to play the role of "poor relatives of a rich overseas" owner and ultimately get a serious economic stick from this owner? Or do what they demand, but at the same time preserve the outwardly the same policy as before: we are oppressed and powerless?

Europe chose the second option. Not yesterday, not even the day before yesterday. Practically from the beginning of the XXI century ... Probably, in my opinion, the Europeans are very fond of Israel's position on this issue. Huge military assistance from the United States and at the same time a fairly independent foreign policy. I remembered the saying about the bull and Jupiter ...

We will slowly, slowly descend and ...

It is clear that such statements require some facts on which they can be established, like a memorial plaque. Moreover, the statements should be generally known, but as if invisible to the majority. Therefore, I chose the most objective indicator - the military budget of the alliance countries. It's easy to check and it's easy to compare. And it is immediately clear what the country is preparing for.

I'll start with my first statement - when did Europe choose the second path? Remember when the alliance, in general, started talking about the need to increase the bloc's budget and distribute costs more evenly? It happened right after the famous terrorist attacks of September 11, 2001! It was then that the figure of 2% of the country's GDP appeared.

Europe, shocked by what had happened, no less than the Americans, realized with horror that it could not defend itself against terrorists. And the White House began to threaten to withdraw from programs to protect precisely European countries. 26 European countries were put at attention and instructed to zoom in! This is despite the fact that for the most part Europeans began to cut their military budget.

At that time, more than 2% of GDP was spent by only five states - the United States, Great Britain, France, Turkey and Greece. The rest by hook or by crook kicked off the budget increase as best they could. And, I must say, successfully. Even Canada pretended not to concern them.

Alliance expenses were growing. And incomes remained at almost the same level. Looking specifically at the numbers, the combined share of European countries and Canada fell from 2001% (2014 data) to 3,1% (1989 data) between 1,42 and 2015. The situation is rather strange. Europe, which needs to be protected, refuses to pay for services.

NATO must be ready for war with Russia

Remember the 2014 NATO summit in Bucharest? It was there that, in fact, Europe declared war on us. No, not openly, without diplomatic notes and other special effects. Let me remind you, I'm talking about the military budget. It was in Bucharest that the member countries of the alliance made a decision on a mandatory increase in military spending to 2% of GDP. And they not only made a decision, but also began to implement it.

I can't get past President Trump. We know a lot about his activities, but deliberately "forget" about it. Meanwhile, since he came to power in 2016, the Europeans have “accelerated dramatically” in increasing spending on NATO. The number of those who fulfilled the requirement increased. The neighbors of "aggressive Russia" were added - Latvia, Lithuania, Poland, Romania, Estonia, Norway.

Moreover, already at the end of his presidential career, Donald Trump squeezed so much that the Americans have been shaking the Europeans since the formation of the bloc, that at the NATO summit in December 2019 in London, he already advised Europe to increase the military budget to 4% of GDP!

Here is what Colonel S. Korchagin writes about this in his article "Military expenditures of NATO countries":

Is it only the Americans to blame for the fact that Ukrainian nationalists and fascists behave so freely?

I am often told about a kind of "Euro-Atlantic unity". I saw some kind of "unity" - in the zinc from the cartridges in the desert: the unity of the scorpions.

We often talk about stereotypes that exist in the heads of others. At the same time, we absolutely do not notice exactly the same stereotypes in ourselves. Meanwhile, we have a lot of such templates. One of them was discussed today.

In the wild, those who are familiar with this very nature personally will confirm that the most dangerous creatures look just white and fluffy. “Here I am, so defenseless and delicious. Eat, don't be afraid. " The exotic Australian platypus, which always evokes just such good feelings, is actually a rather dangerous creature that the locals try not to meet.

NATO today is not only the United States, it is a powerful system that can cause a lot of trouble to any state. The alliance cannot be underestimated. And you can't perceive it as white and fluffy either. Especially today.

It’s not even the Ukrainian crisis, although it was this crisis that was the catalyst for the increase in NATO’s military spending. The point is in the redistribution of the world. Europe is afraid of losing its importance in world politics. Europe is wary of becoming what Asia has long been. The loss of leadership, albeit in tandem in the United States, will lead to a reduction in consumption. And nobody wants to eat less.

Therefore, with the appearance of the perfect harmlessness of Europe, one should not forget that no one wants to share their own, so that it becomes better for someone else's. This means that they will defend their own. And they, and we ...

The confrontation will persist for a long time. White and fluffy are defenseless only in children's fairy tales ...