International Day of the Resistance Movement: remember the guerrillas and the underground 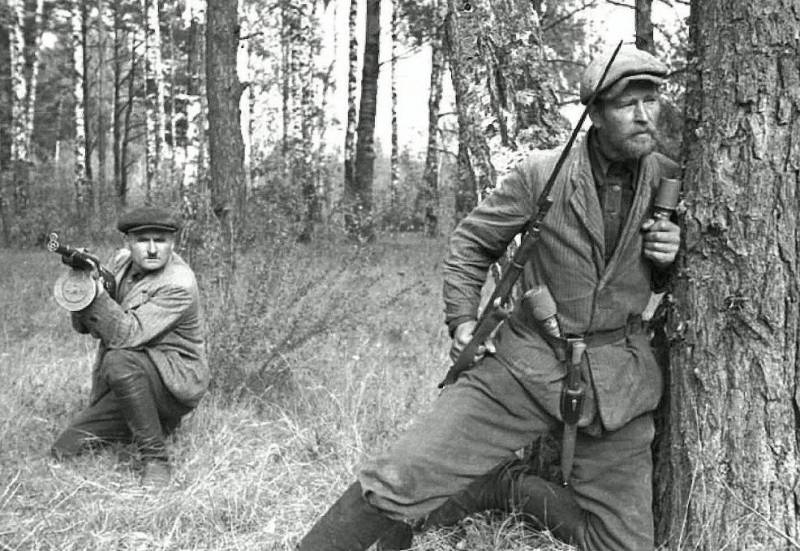 Beginning in 1939, active resistance to the invaders developed in the territories occupied by Hitlerite Germany and its satellites and allies. Underground organizations and groups operated depending on specific cities and regions, partisan detachments fought. Anti-fascist resistance swept across many countries - from the occupied territories of the Soviet Union, the countries of Eastern and Western Europe, and ending with Southeast Asia, where partisans fought against the Japanese imperialists.


In each country, the resistance movement had its own specifics. In the Soviet Union, many partisan detachments operated in the occupied territories. In total, as historians note, in the USSR from 1941 to 1944. there were at least 6200 partisan detachments in operation, in which over 1 million Soviet and foreign citizens fought. Another 184 thousand Soviet citizens took part in the anti-fascist resistance in other countries.

In Western and Eastern Europe, anti-fascist resistance assumed the character of a partisan war in Italy, Greece, Yugoslavia, and Albania. In other countries, underground organizations were active, engaged in sabotage, anti-fascist agitation, sabotage against the invaders. In Southeast Asia, a guerrilla war against the Japanese imperialists unfolded in Vietnam, the Philippines, Burma, Indonesia and Malaya.

It should be noted that in the process of the struggle against the occupiers - the Nazis, the Japanese imperialists, the Italian fascists, ideological differences faded into the background: the resistance movement united people of various political views. Nevertheless, in many countries, if not the leading, then a very important role in the anti-fascist resistance was played by the left - the communists, socialists, anarchists.

Thus, in Italy, the main resistance forces were represented by the communist "Garibaldi Brigades", the socialist "Matteotti Brigades" and the "Justice and Freedom" formations of the Liberal Socialist Party of Action. In France, the Nazis were opposed by both urban underground fighters and the "poppies" - partisans operating in the countryside, especially in the mountainous regions. A number of Maki squads consisted exclusively of veterans of the Spanish Civil War. 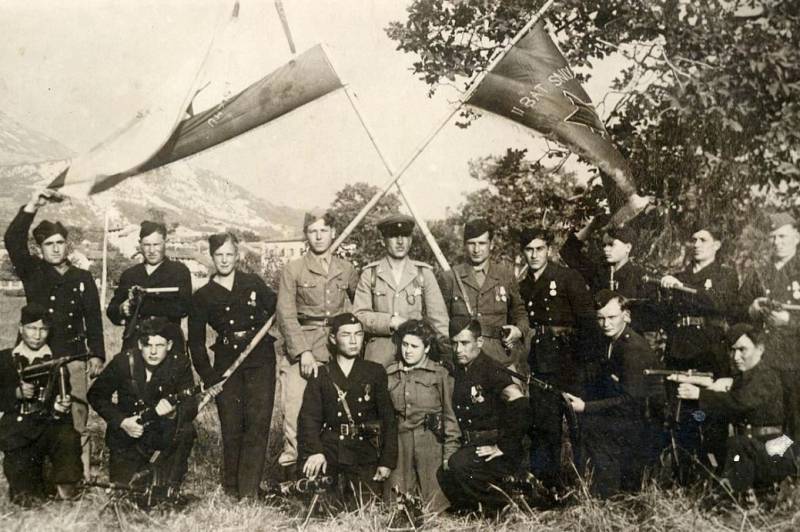 Partisans of the 2nd Russian battalion of the 18th Slovenian shock Bazovitskaya brigade, May 1945
Interesting page stories The resistance movement in Europe was attended by our compatriots - prisoners of war who fled from the camps, as well as Russian emigrants and their descendants. For example, the 1st Soviet partisan regiment under the command of Major A. Kazaryan, staffed by Armenians, operated in France. In the period from February to August 1944 alone, partisan formations manned by citizens of the USSR killed 3500 and captured 650 Nazis and collaborators in France. Soviet partisans in France destroyed 1944 Nazi trains in February-August 65 alone, seized 90 cars, 15 mortars, 50 machine guns and other weapons.

As part of the People's Liberation Army of Yugoslavia, there were entire Russian companies and battalions, fully staffed by immigrants from the USSR. The 1st Russian brigade of the NOAU was commanded by a Soviet partisan who escaped from a prisoner of war camp Anatoly Dyachenko: in the Yugoslav army he received the rank of major. The title of Hero of the Soviet Union was posthumously received by Mehdi Ganifa oglu Huseyn-zade - the legendary "Mikhailo", who commanded a sabotage and reconnaissance group at the headquarters of the 9th Slovenian Corps of the People's Liberation Army of Yugoslavia. And these are just a few examples of Soviet citizens who fought against the Nazis and their accomplices in the Balkans.

The successes of the partisans in Albania are impressive: this is the only country that freed itself from the Nazi invaders on its own. It was the units of the National Liberation Army of Albania, led by the communists, that took Tirana, Shkoder and other large cities of the country, expelling the German occupiers from its territory.

Today, 76 years after the victory over Nazi Germany and its allies, the memory of the fearless partisans and underground fighters of the Second World War is still alive. There are almost no survivors of those who personally participated in the resistance movement, but for their descendants and for all of us, the International Day of the Resistance Movement remains a significant date. Let us recall the partisans and underground fighters, brave fighters against fascism, on this day.