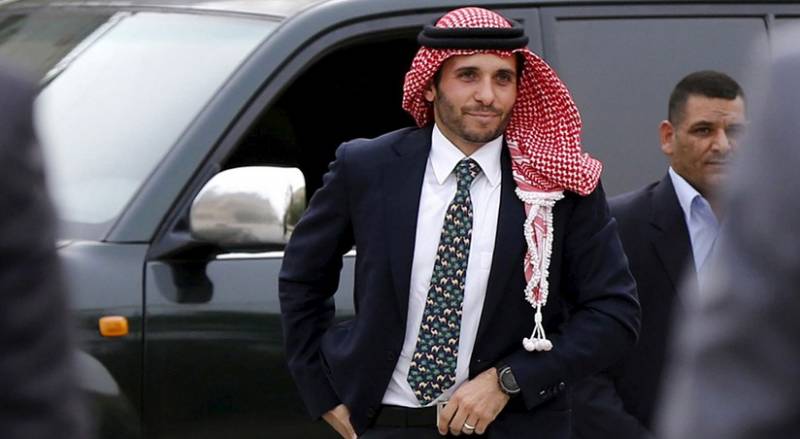 Transit is not forgotten

The attempted coup in Jordan, which took place the other day, in its essence turned out to be the defeat of the "family opposition". But it is connected with a number of factors. Including with discontent in the ruling dynasty, as, by the way, in the anti-monarchist opposition, and with plans to resume oil transit through Jordan from northern Iraq.

As you know, the pipeline route of hydrocarbon raw materials to the Israeli port of Haifa was closed back in 1958. But it is planned to resume it no later than 2022. It does not promise Jordan much - according to various estimates, at least $ 70 million annually, but the main thing is that the "instigator" of the failed coup, Hamza bin Hussein, expressed dissatisfaction with it.

The prince, apparently, had reason to consider the mentioned project "the result of corruption." In his April 4 video message, he stated:

“I am not responsible for the government collapse, corruption and incompetence that have prevailed in the governance structure over the past 15 or 20 years and have grown stronger. The situation has reached the point where no one can speak or express their opinion about anything without being subjected to bullying, arrest, harassment and threats. "
Back in early April 2003, many media outlets reported that Israel and Jordan would soon hold talks on

"The resumption of the operation of the oil pipeline, which transported oil from Iraqi Mosul and Kirkuk to the Israeli port of Haifa."

With reference to a source in the Israeli government, it was given to know:

"We know that the pipeline is in order, and we want to know what Jordan thinks about the opening of the pipeline, since part of it passes through the territory of this country."
Proof that the necessary negotiations on this matter took place in subsequent years can be the following fact: at the end of 2020, Israel and Jordan agreed to jointly study the state of this artery in order to launch it no later than 2022.

The Jordanian opposition considers the resumption of oil pumping to Israel a betrayal of the Palestinian Arabs and the actual consolidation of the Jordanian territories by Israel to the west of the Jordan River and the Dead Sea.

They are known to have been occupied by Israel since the wars of 1948 and 1967. Several years ago, a wave of demonstrations swept across Jordan against Amman's conciliatory policy towards Israel, while the opposition tried to destroy the transit pipeline to Haifa.

The Kirkuk-Haifa oil pipeline (the Mosul-Kikruk line was built by 1940) is the first "trans-Arab" pipeline, commissioned by British oil companies back in 1936. Then Iraq was de facto a protectorate of London, and the ex-Turkish Palestine within the so-called "Transjordan" was a British mandated territory. 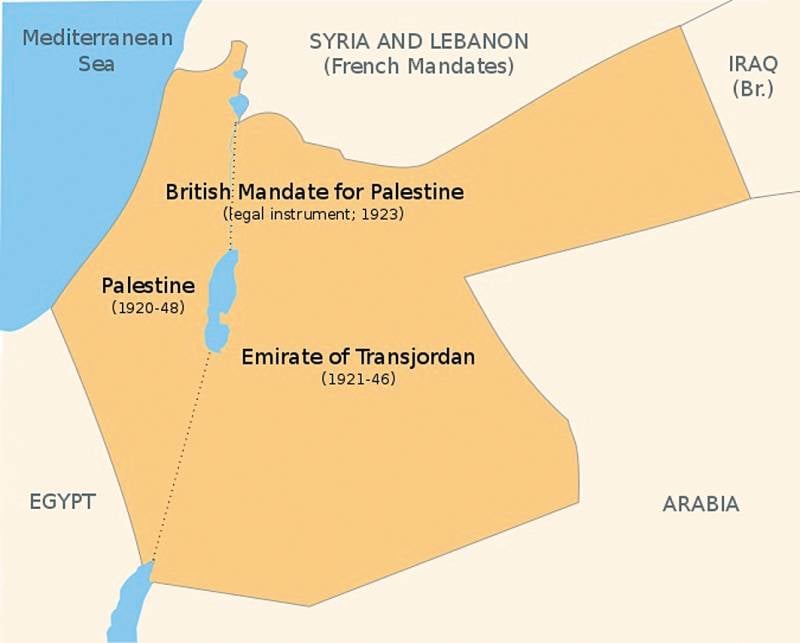 Transjordan or "mandated" Palestine included the territory of modern Israel
During the Second World War, this artery regularly supplied oil to the Western allies, including oil products - the allied troops in North Africa, Malta and Gibraltar. At the end of 1939 in Haifa, the British put into operation an oil refinery based on North Iraqi oil. But since the second half of the 50s. this oil is not supplied to the refinery, which is still in operation.

After 1949, in connection with the first Arab-Israeli wars, the artery to Haifa operated at only a quarter of its capacity, and with the overthrow of the "pro-Western" monarchy in Iraq in 1958, oil transit here stopped altogether. 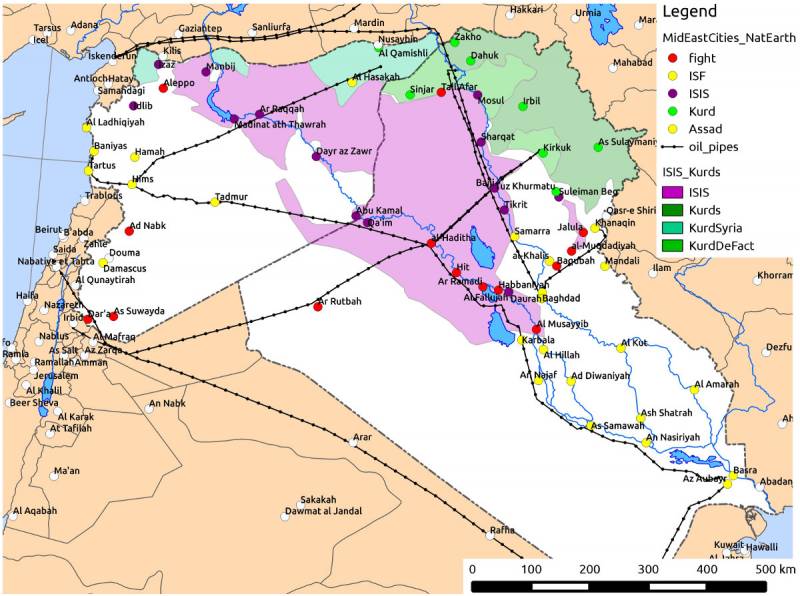 The maximum annual capacity of this pipeline is up to 20 million tons per year, the current pumping capacity is up to 13 million tons / year, the total length is about 1100 km. The route was originally aimed at deliveries from Iraqi Kurdistan, and since the mid-2010s, the Iraqi segment of this artery has been controlled by the Kurds.

However, in view of Turkey's longstanding claims to this region of Iraq - at least to its oil and gas resources and pipelines - the Kurds are interested in the supply of "their oil" along the designated route to the port of Haifa. And not to the ports of Turkey (Iskenderun and Yumurtalik), connected from the beginning of the 80s by an oil pipeline with Iraqi Kurdistan.

Moreover, on this issue, the interests of the Kurds and the United States coincide. More precisely, the Israeli newspaper "Haaretz" (Tel Aviv) at the end of April 2003, shortly after the US military invasion of Iraq, noted:

“... The United States asked Israel to test the possibility of resuming oil pumping from Iraq to Haifa.

The request was sent through the Pentagon to the Israeli Foreign Ministry. The US official statement also discussed the need for a financial assessment of the cost of repairing this pipeline, which was in use before the Arab-Israeli war in 1948, when Iraq almost stopped pumping. "
A characteristic stroke in this regard: among the demands for the Jordanian King Hussein, put forward by the Palestinian Arab organizations in Jordan in August 1970, was the dismantling of the pipeline to Haifa. The monarch refused, while the Palestinians tried to blow up this artery themselves. 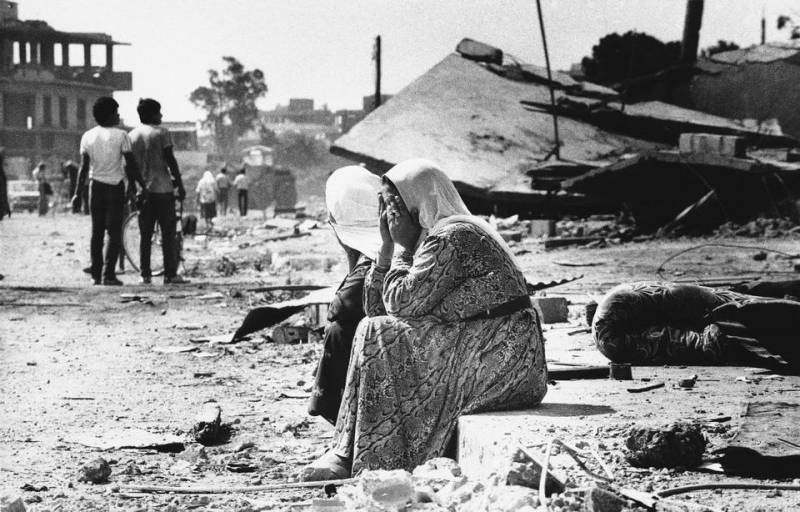 This became one of the reasons for the mass terror in September 1970, not only against these organizations, but also against Arab refugees from Palestine. More than 12 Palestinian Arabs have died or gone missing in the events known as Black September. Over 70 thousand of them were deported or "managed" to emigrate on their own to Syria, Lebanon and Egypt ... 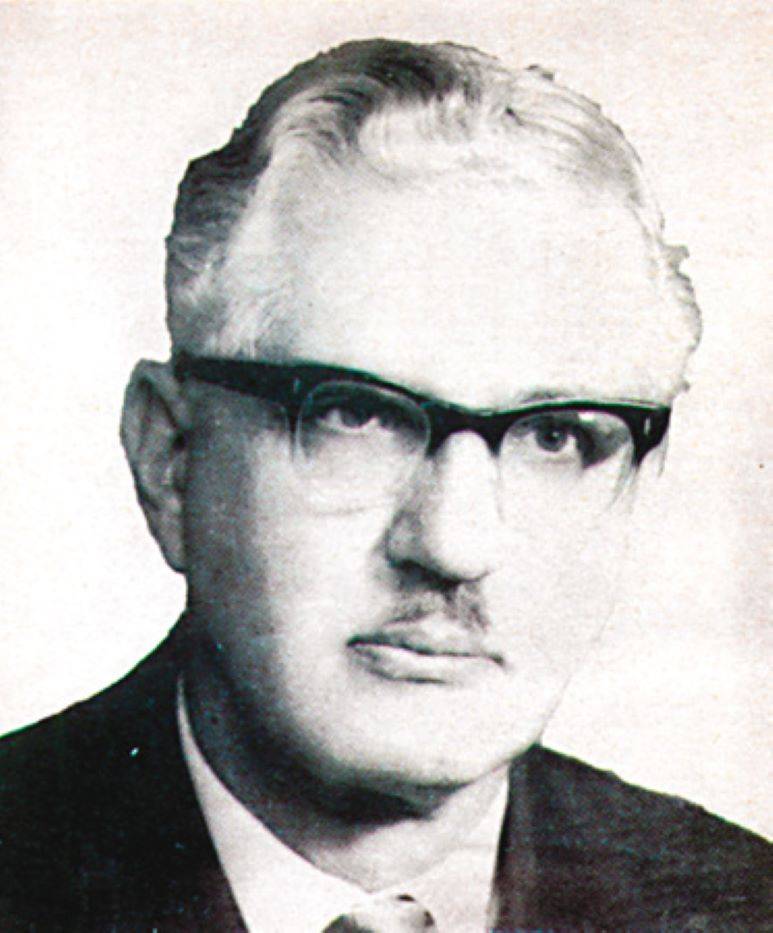 “The Jordanian monarchy set a course for de facto reconciliation with Israel by the mid-70s, under the influence of Sadat's policy towards Israel.

The monarchy did nothing to help Egypt and Syria during the Yom Kippur War (1973). The signal for the start of such a course was the monarchist terror against the Palestinians in 1970: their expulsion made it possible, among other things, to keep the oil pipeline from Iraq to Haifa intact.

Apparently, this was done with the aim of resuming its operation - a promising source of stable transit income. "

Naturally, according to Fuad Nassar, in such a situation

Ctrl Enter
Noticed oshЫbku Highlight text and press. Ctrl + Enter
We are
On the complete failure of the draft Concept of the State Family Policy of the Russian Federation until 2025 of the yearAbout Stalin and Khrushchev
Military Reviewin Yandex News
Military Reviewin Google News
11 comments
Ad