The Soyuz-2.1a launch vehicle with the Soyuz MS-18 manned spacecraft was launched from the Baikonur cosmodrome 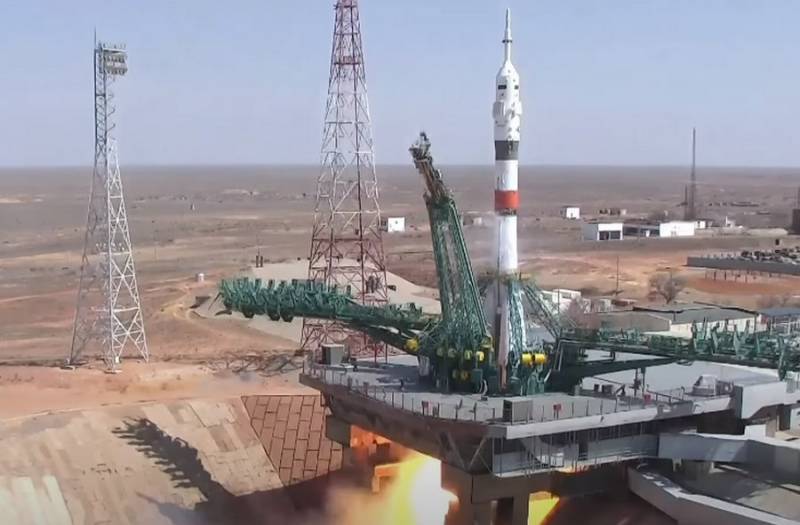 Today, April 9, 2021, another crew left for the ISS. The Soyuz-2.1a launch vehicle with the Soyuz MS-18 manned spacecraft was launched from the Baikonur cosmodrome. This is reported by Roskosmos.


The launch vehicle took place at 10:42 Moscow time. time. from the 31st site of the Baikonur cosmodrome. The rocket was launched normally. After the estimated time, at 10:51, the manned spacecraft separated from the third stage of the rocket, entered orbit and began to move towards the ISS.

The rapprochement with the station will follow a short two-turn scheme and will take approximately 3,5 hours. The spacecraft docking with the ISS is scheduled for 14:08 Moscow time. time. April 9th. The ship will be docked to the Dawn module.

The new crew will spend quite a long time at the station. It is planned that Novitsky will return to Zelmya in 191 days, and Dubrov and Wande Hai - almost a year later. Such a schedule is associated with a large amount of planned work, as well as the upcoming filming on board the ISS of episodes of a new Russian feature film about space. For this, an actor or actress will be delivered to the station, currently undergoing selection at Roscosmos.
Ctrl Enter
Noticed oshЫbku Highlight text and press. Ctrl + Enter
We are
The Soyuz-2.1a launch vehicle with a cargo spacecraft was launched from the Baikonur cosmodromeFailures of "Roscosmos" in the assessment of NASA
Military Reviewin Yandex News
Military Reviewin Google News
35 comments
Information
Dear reader, to leave comments on the publication, you must sign in.