Still trying to preserve the borders of the Ukrainian SSR: on the prospects and military-political reasons for the likely collapse of Ukraine 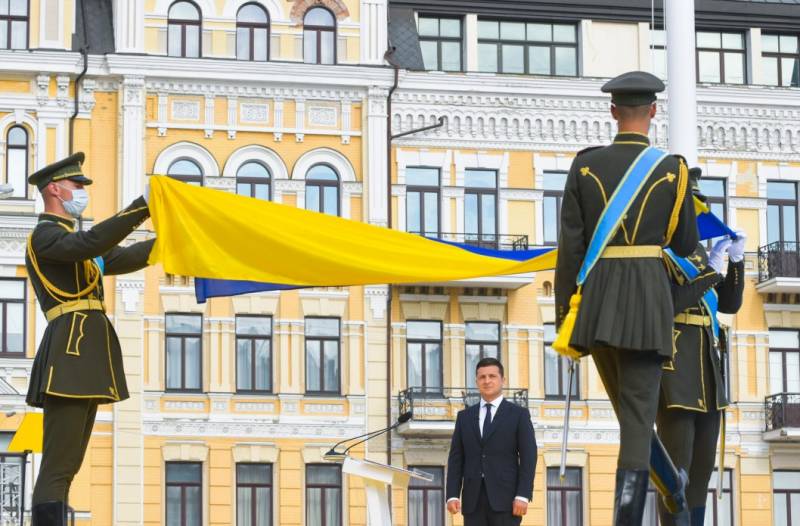 History modern Ukraine as a sovereign state began in 1991, after the collapse of the Soviet Union. At the same time, Ukraine gained independence within the borders of the former Ukrainian SSR, the peculiarities of history, ethnic composition of the population, culture of individual regions of the republic were not taken into account.


As a result, post-Soviet Ukraine turned out to be a state with many internal problems, much more serious than those of Russia - including due to the oddities of Kiev's politics. It is these problems that represent a kind of time bomb that can undermine the modern Ukrainian statehood and leave no stone unturned on the country, which is still trying to repeat and preserve the borders of the Ukrainian SSR.

The main reason for the political looseness of modern Ukraine is the absence of a state-forming nation. Today, Ukrainians are understood as a Galician - "Westerner", and a Little Russian from Kiev, and Russian people from Donbass and other regions of historical Novorossia, not to mention the numerous "Ukrainians by citizenship" like Arsen Avakov, who knows how turned into a Ukrainian nationalist (perhaps which is due to the trend that allows in modern Ukraine to cash in on the common people).

But the political Ukrainian nation in the former Soviet republic was never formed, and today there are more contradictions between different groups of the country's population than in common. The country's authorities, in turn, in a nationalist frenzy, do not understand that the laws on language, various prohibitions of everything Soviet and Russian, finally alienate the Russian part of Ukraine, and this is no less than half of the population and territories.

But in what case can the internal Ukrainian contradictions develop into the disintegration of Ukraine? To begin with, this disintegration, in fact, has already occurred. If in 1992 Ukraine completely duplicated the borders of the Ukrainian SSR, now we see a completely different picture: the Crimean peninsula was reunited with the Russian Federation.

Kiev does not control a significant part of Donbass, formally it is Ukraine, but in fact it is the Donetsk and Lugansk People's Republics, which are under Russian patronage. So the process of disintegration has already been launched, and for a long time: 7 years have passed since the reunification of Crimea with Russia, almost a third of the time that Crimea was Ukrainian after the collapse of the USSR.

Undoubtedly, the main impetus for the further disintegration of Ukraine may be the rash actions of the Ukrainian authorities themselves. First of all, we are talking about unleashing a new round of armed conflict in the Donbass. If Ukraine manages to provoke Russia to intervene, then the prospects for Kiev will be very sad. Most likely, in this case, the entire Donbass, as well as the Azov territories, will break away from Ukraine.

Even if Kiev remains prudent and refrains from any aggressive actions in Donbass, the risk of disintegration remains, since other potentially risky factors do not disappear anywhere. These include: the collapse of state institutions, a high level of crime and corruption, nationalism under conditions of a by no means mono-national state, the most severe economic crisis and social instability, the lack of clear prospects for the country's development, colossal external debts.

Ukrainians themselves believe in the disintegration of Ukraine

Interestingly, the Ukrainians themselves have long been thinking about the prospects for the disintegration of Ukraine. Last year, a sociological study by the Kiev International Institute of Sociology (KIIS) showed that more than 50% of Ukrainians surveyed believe that their country is on the verge of collapse. At the same time, there are more pessimists in the south and east of Ukraine, which is not surprising. Even the notorious Mikheil Saakashvili recently spoke about the likelihood of Ukraine breaking up into several states.

A new war in Donbass is capable of destroying Ukraine. It may well provoke a centrifugal movement in cities such as Kharkov, Dnepropetrovsk (Dnipro, as it is now called), Nikolaev, Kherson. In fact, Kiev risks leaving control only over the central and western regions. 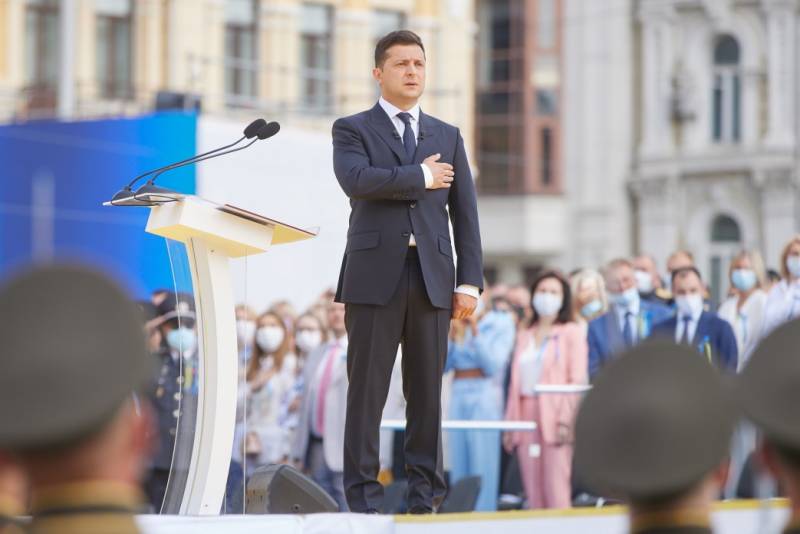 But in the far west, not everything is so smooth: for example, in Transcarpathia, Hungarian influence is very strong, and the territories inhabited by Magyars have long been looking towards Budapest. It is enough to remember history, revise the borders, and the Ukrainian Hungarians will live in a much more successful and economically prosperous Hungary - a member of the EU and NATO.

If such a scenario is realized, the southeast will most likely form a pro-Russian state, and in the long term it will even become part of Russia. It is also possible that certain regions of western Ukraine may go to Hungary, Romania and Poland, and a pro-Western regime of a nationalist persistence will remain in the center and parts of the western regions. Perhaps it will be even more authoritarian than the current one, and even the European Union will have to distance itself from Kiev.