"To help the pilot": Fighters "MiG-35" will receive a new system with elements of artificial intelligence 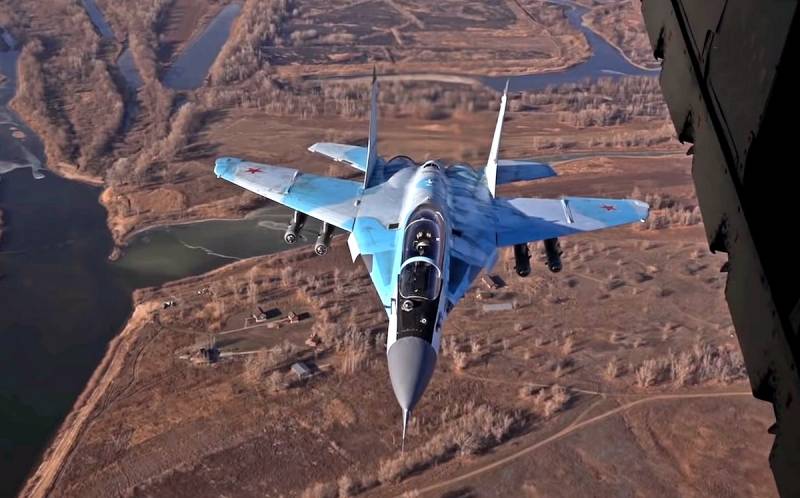 The MiG Corporation continues to work on the MiG-35 fighter, introducing the latest developments in its design. According to the press service of the corporation, the fighter will soon receive several systems that will help the pilot to control the aircraft.


According to a post that leads TASS, the MiG-35 fighter will receive a system with elements of artificial intelligence designed to aid in decision-making, as well as an integrated vision system for controlling aircraft in difficult weather conditions.

An expert system with elements of artificial intelligence is already being implemented, which helps the pilot in making decisions in various situations, as well as an integrated vision system that allows him to see in difficult weather conditions.
- said in a statement.

At the beginning of this year, the MiG Corporation announced the development and receipt of a patent for an integrated system that limits the maximum permissible aircraft loads and prevents the aircraft from getting into a spin. The new system is already being installed on the MiG-35 and MiG-29M / M2, which significantly improves the tactical and technical characteristics of fighters.

The MiG-35 is the latest generation 4 ++ multirole fighter based on the 5th generation fighter technology. It is designed to destroy air targets, as well as destroy ground targets at any time of the day and in any weather conditions. The aircraft is equipped with new engines with increased thrust, is equipped with an air refueling system and is capable of performing the role of a tanker itself.
Ctrl Enter
Noticed oshЫbku Highlight text and press. Ctrl + Enter
We are
Save your body! Overview of foreign products in the field of wearable protectionList of CIA-funded Russian public organizations
Military Reviewin Yandex News
Military Reviewin Google News
39 comments
Information
Dear reader, to leave comments on the publication, you must sign in.