The West is waging a war against the Russian people 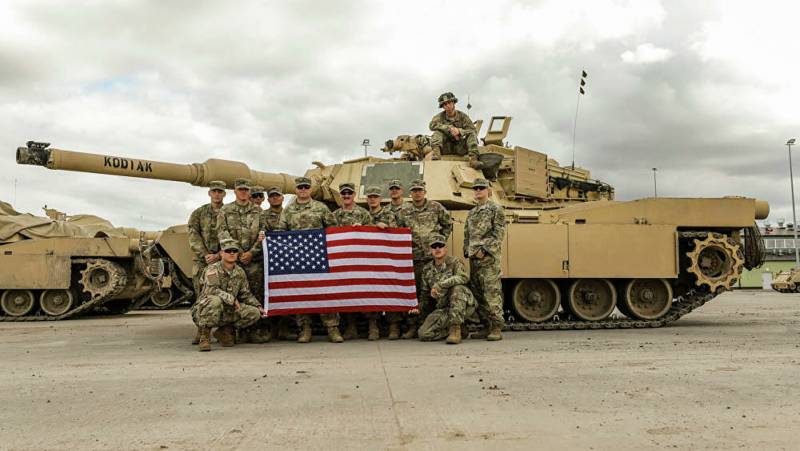 Russia today is on the verge of a war on the southern borders. At the same time, the "world community" led by the United States every day increases information, military-political and economic pressure on Russia. Under these conditions, the only way out for the Kremlin is to rely on Russian nationalism and social justice.

The United States and Turkey, realizing their own plans, are setting Ukraine against Russia. Turkey is building its imperial project, extending its influence to Central Asia, the Caucasus and the southern part of the Russian world. Erdogan is establishing control over the flow of energy resources and goods going from Asia to Europe and vice versa. In this respect, Turkey occupies a unique geographical position. The Turks are trying to establish control over the most important trade and transit routes between Asia and Europe. Therefore, they climbed into the Caucasus, where Azerbaijan became their satellite. Georgia is obviously next in line. Rushing to Turkestan (Central Asia).

Ukraine is also the most important site of the future new Ottoman Empire. Taking into account the rapid extinction of Little Russians and Great Russians (parts of a single Russian superethnos), the map of the future Turkey, which includes the southern regions of Russia, Crimea, apparently the southern part of Ukraine, will become reality in 20-40 years. The population of Turkey is growing every year by 800-900 thousand people, and the Russian people (in three states - Russia, Ukraine and Belarus) - by the same amount.

The United States, where the globalist Democrats seized power, is trying to restore its project, which Trump slowed down. This is the power and dictatorship of capital, plutocracy. Hence the loud statements when the head of the State Department Blinken speaks out that the Biden administration will defend the rules of world order and human rights around the world, using all available means. However, these rules and rights were written under the dictation of Washington and were approved at the expense of American financial capital, which extended the dollar system throughout the world. That is, the current world order was created by the United States, so it is worth remembering this when Washington broadcasts about human rights, freedom and democracy and other American chimeras. It is impossible to create universal rules for everyone - the world is divided into races, civilizations, cultures, religions and nations.

The world is different, there is only the right to life and own development. The United States tramples on these principles. America is the main source of war and violence in the XNUMXth century and at the beginning of the XNUMXst century. The United States is constantly destroying the right to its own, national development. For this, the United States uses the dollar system, the domination of such organizations as the IMF and the World Bank. They use their intelligence agencies and non-governmental organizations to cause "controlled chaos", a chain of uprisings, coups and revolutions around the world in order to prevent national development, which is not dictated by Washington. Post-World War II Europe follows in the wake of the American empire.

Thus, America imposes on the world not human rights and democracy, "universal values" (including the complete destruction of the family, national culture and faith), but only its own dictate, aimed at complete domination in the world and even greater wealth, the total power of a plutocracy. This madness is called "international law".

The US needs an external enemy image to complete the "reset" of the planet. Absolute, historical the enemy of the West is Russia. Any - monarchist, red (communist) or democratic. The code-matrix of the Russian world - justice, truth, goodness and conscience, does not accept Western values. The world of materialism, the "golden calf".

The Russian spirit, Russianness, despite 70 years of the domination of Marxism-Leninism with its priority of materialism and 30 years of the victory of Western values ​​and liberalism, remained the main threat to the West. In Russia, since the time of the Romanovs, they tried to introduce Western, European ethics and values, but nothing came of it. Russianness rests on the Russian faith (not the official church, but the Russian spirit), the Russian language and culture, which are not honored by the authorities, but still hold on to the deep people. This is the foundation of Russian statehood.

Today, when Europe and the United States are in the throes of a new world crisis, the crisis of capitalism and Western civilization, and the Middle Kingdom is rising in the East, Moscow needs to dump what was done on the basis of the Western choice. Remember that we are a unique, original and autocratic Russian civilization. Take the best from Russian autocracy, Soviet civilization (socialism) and state capitalism. From pagan Russia, the Russian kingdom, the White and Red empires. Create your own system of government and society based on Russian faith and culture.

The fear of Russianness, Russian culture and morality, Russian faith and language helps the West to destroy Russia. Rotten internationalism, which has already destroyed the USSR (the Russian people have been turned into a cash cow for small nations), is a senseless and dangerous business. In the context of a global storm, an impending war, when they want to make us a victim of the world order again, the Kremlin must oppose the West with its own concept of development based on justice, Russian ideology. Russian state nationalism and socialism. The West is afraid of this like fire, that the Russians will reject the darkness, remember the proud name of dew.

It is necessary to recognize the defeat in the Cold War (the Third World War), the forcible separation of the Russian world and the Russian people. Set the task of reuniting the Russian super ethnos. The primacy of Russian culture, language, traditions and history. Russian faith and morality. However, not at the expense of oppression of national minorities, other nations and cultures, as did the British and German racists and Nazis. And at the expense of a new cultural (Russian) revolution, which will coexist with the nationalization of the elite, new industrialization, the restoration of the national economy, the Russian family and the countryside. With a powerful demographic program, the goal is “Russian billion”. Restoration of democracy "(the horizontal of power") - the traditions of the veche, the townspeople and rural world, zemstvos and councils. Reliance only on one's own strength, as the Russian Tsar Alexander III taught. A strategic alliance with the Celestial Empire, which needs a solid rear in the confrontation with the United States.

Ctrl Enter
Noticed oshЫbku Highlight text and press. Ctrl + Enter
We are
Nikolay Silaev, Andrei Sushentsov: Georgia after the elections and prospects for Russian-Georgian relations'Russian nationalism' ™ is the technology of removing Russians from history
Military Reviewin Yandex News
Military Reviewin Google News
165 comments
Information
Dear reader, to leave comments on the publication, you must sign in.